The Highs and Lows of Vintage 2018 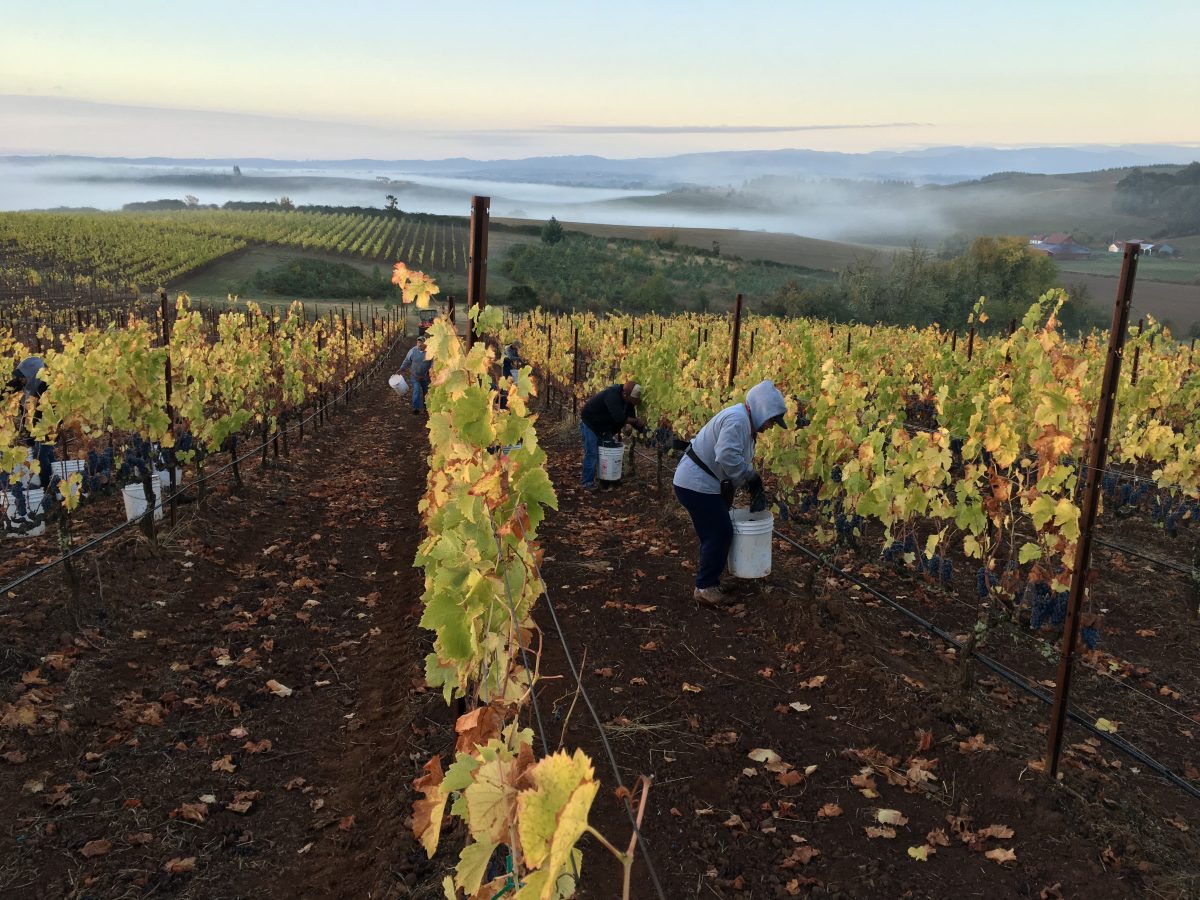 In preparing to summarise the state of the 2018 vintage in some of America’s top wine regions this week, I found myself relieved that the highlights did not include winemakers contending with raging wildfires, earthquakes or other natural disasters. Of course, this past year has not been completely free from fires in California and Oregon (and there was an ill-timed hurricane on the east coast) but these examples of force majeure thankfully weren’t raging around the ears of wine producers as they brought in their grapes at the end of the season. That said, not everyone had an easy time of it in 2018.

Perhaps the toughest vintage stories this year come from America’s east coast, where unusual and rather persistent summer rains made for an extremely soggy harvest in some places and, unfortunately, no harvest at all in a few unlucky cases.

‘In general bud break was late, flowering was wet, and veraison was normal’, said Jeff White, winemaker at Glen Manor Vineyards in Front Royal, Virginia. ‘The big story of 2018 was the unrelenting rain. With the exception of about two weeks in late June we had non-stop rain and clouds throughout the growing season and then into the harvest season. The soils never dried out. The vines began to shut down early, thus not fully ripening the grapes.’

White didn’t make any red wines in 2018, but has hopes that his whites and rosé will be ‘very nice’.

Out on the North Fork of New York’s Long Island, rain was more sporadic, and sunshine in slightly greater supply than in Virginia, according to Richard Olsen-Harbich, the winemaker at Bedell Cellars in Cutchogue, New York.

‘Summer was slow to come but when it did we had a lot of heat and sun. The fruit really ripened quickly through a very hot and dry August and slowed down once September hit with sporadic rains’, said Harbich. ‘We’ve had lots of challenges this fall dancing between rain events, but we know how to deal with it. It’s not our first rodeo.’