It’s Wine Blogging Wednesday again, and this month’s theme is Wacky Wine Names, hosted and invented by Chez Pim. I toyed with many options for a potential entry to this event, but ultimately, I was strolling through a deli up in Sonoma county when this wine’s label caught my eye like one of those pointy hook latches that used to dangle from screen doors and would fly up whenever you banged the door open again.

The idea of big ass Cabernet is distinctly Californian, and frankly it’s about time someone just put it on the label. If the Old World of Bordeaux is subtle and understated, like a mix of Glenn Close and Sophie Marceau, then California Cabernet generally falls somewhere between Bette Midler and Salma Hayek.

If you need further proof, just type in “big ass cabernet” into a search engine. You won’t find this wine, but you’ll find lots of other people applying the same adjective-noun phrase to California Cabernet.

Though grapes have been grown in California since the early 1800’s, Cabernet was probably first brought to California at the end of the 19th century by several enterprising Napa vintners like the Beringer Brothers. These men took clippings taken out of the vineyards of Bordeaux and transplanted them to California, paving the way for Cabernet to be the most widely recognized varietal of California wines and for it to be planted to over 40,000 acres throughout the state by 1996.

In terms of particulars about this Cabernet, you might as well call it “Big Ass Mystery Wine.” Why? Because if anyone told you anything about this wine, they’d have to kill you. I’ve made several calls to distributors around the country today only to come up with this: there really is no Big Ass Cab Winery, even though it says so on the back of the bottle. This is a virtual label. What does this mean? Well it means that if you want to have some wine to sell at a good price, and you know the right people to call (an anonymous bonded winery in Santa Rosa which can help you out) then you give them some money. They go out and buy excess wine on the market for you, from wineries who have more than they want. They stick it in a bottle, slap on the “Big Ass” label, and send it to you for a low low price.

I suppose you could have your own label if you want, but that takes a lot of money and time to approve with the government, so more than likely you’re just willing to take the Big Ass and make it your own. What’s more, you may not be the only person doing this. I have found out that there are at least 2 versions of Big Ass Cab. One for 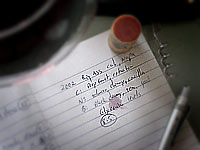 All of this would normally make you avoid this wine like the plague. The problem is, it’s actually good. At least the California stuff is. Whoever is buying the juice has gotten their hands on some decent stuff. I managed to get a hold of the distributor in Colorado who commissioned a lot of the wine for themselves to sell to restaurants and retailers and he was able to tell me that the Colorado juice is from a Napa winery and it is normally bottled as their “Estate Reserve” wine. I suppose we can imagine the California version is somewhat similar. Unfortunately I was unable to get the information today on which winery in Santa Rosa actually makes the stuff.

Regardless of the mystery behind where it comes from and how it’s made, it’s drinkable fun, and if you see it on the shelf somewhere at a reasonable price, why not?

Tasting Notes:
This wine is a deep garnet in color with good extraction. Its nose is full of tobacco, cherry preserves, and vanilla flavors with a hint of cola that emerges as the wine opens up. In the mouth it has dominant flavors of black cherry, with a hint of English Breakfast tea. It has a nice mouthfeel, a perky balance, and very little tannin. The bottle says it will age for a decade but this is really meant to be drunk now.

Food Pairing:
This is a great all around wine for those who want a “house” cabernet but maybe don’t have kids of reading age yet. I’m headed out to grab a burger to bring home and have this one with lunch.

No idea where you can buy it. Just keep an eye out for it, and its cousin, the Big Ass Zin.