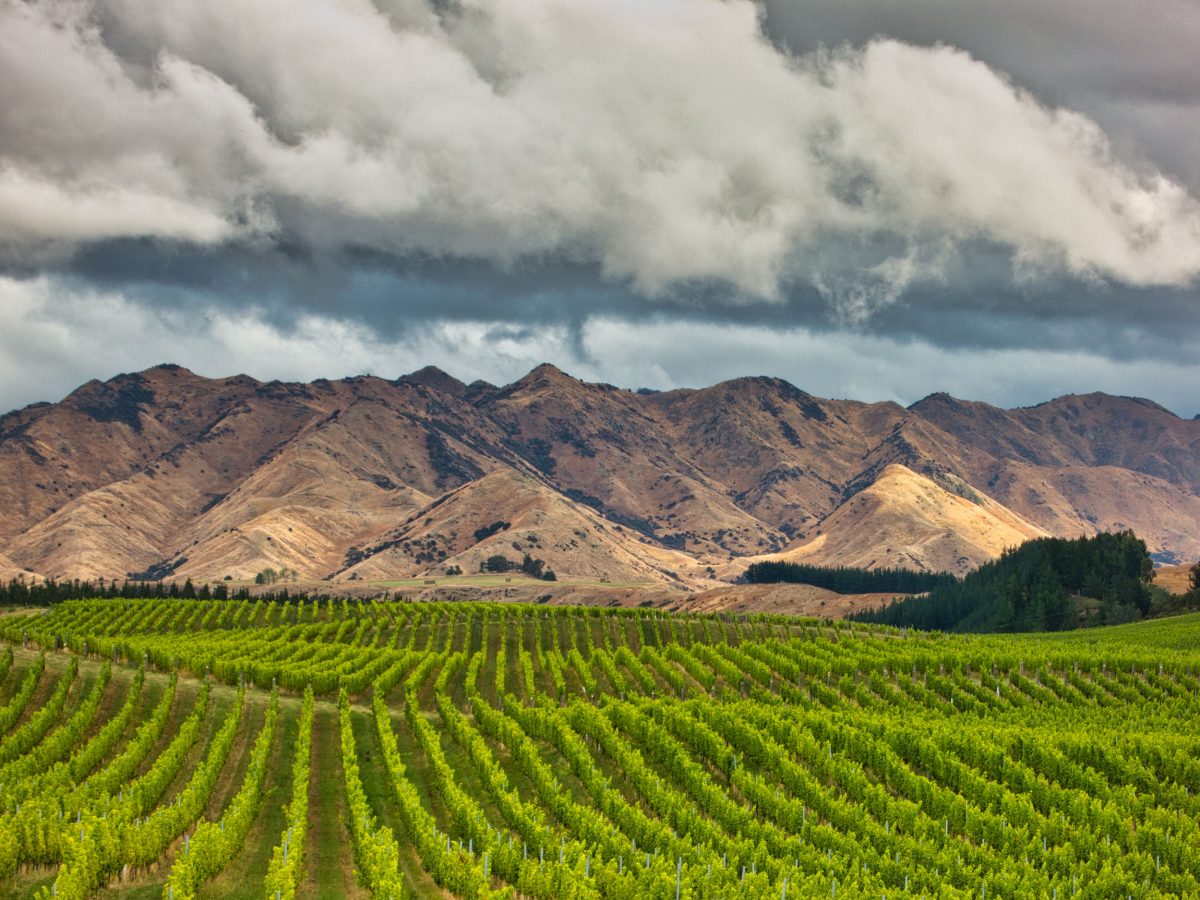 Vinography began on January 15th, 2004 as a personal project for founder and editor Alder Yarrow. The site is now a respected source for non-mainstream wine writing, and one of the most influential wine blogs on the Internet. Featuring wine and sake reviews, restaurant reviews, editorials, book reviews, wine news, and wine event coverage, Vinography publishes new content daily to a global readership. The site’s contributors work hard to create an alternative to the traditional sources and styles of wine journalism, partially through its emphasis on the stories, the people, and the passion behind wine, all told from a decidedly down-to-earth perspective.

Vinography is strongly committed to maintaining our objectivity as a source for wine criticism and commentary, and our intelligent community of civil and respectful wine lovers. We do not and never will accept advertising from wineries, winegrowers, or wine production companies, and as a rule we do not permit commercial plugs for products, services, or other web properties in comments by readers. You can find out more information about our ethics here.

More information is also available about how we rate and review wines.

Vinography® is a registered trademark, and the site’s contents are © 2004-2020 by its various authors and contributors. Some rights are reserved according to the terms of our Creative Commons License. Please ask for permission before utilizing this site’s contents for any purpose.

About the Founder & Editor

In late 2003, Vinography founder Alder Yarrow had become the guy that all his friends went to for advice. Thinking that there had to be a better way of answering his friends’ repeated questions about what wines he liked and his favorite restaurants, Alder typed the phrase “wine blog” into Google and couldn’t find one on any of the handful of pages (!) that contained the words “wine” and “blog”. About three hours later he did the same for the made up word “vinography” and also got zero results. Sixteen years later, he’s still going strong.

San Francisco Magazine has called Alder “The Wine World’s Brightest Cyberstar” and he is widely accepted as a pioneer of wine blogging — whatever that means. Alder regularly speaks and presents at wine events around the world including Symposium for Professional Wine Writers at Meadowood in Napa Valley, Flavor! Napa Valley, and the Aspen Food and Wine Classic. He has also appeared as a panelist and speaker for events and organizations such as Wine 2.0, The Commonwealth Club, and the Churchill Club.

Since November of 2011, Alder has been a columnist for Jancis Robinson on her web site jancisrobinson.com. His “Alder on America” column focuses on current events, trends, and happenings in the world of American wine.

Alder is the author of The Essence of Wine, an award-winning coffee table book of photographs and essays about the many flavors and aromas of wine that was called one of the best wine books of 2015 by the New York Times. He is also the author of the Sonoma and Marin County chapter of the behemoth, Opus Vino

a comprehensive look at the world’s wine regions and their best wines that weighs in at 7 pounds and 800 pages, and was a finalist for the 2011 James Beard Journalism Awards.

In 2013 Alder was inducted into the Wine Media Guild of New York’s Wine Writer’s Hall of Fame, an honor he shared with only 22 other living wine writers at the time. Alder graduated from Stanford University, with time spent at Oxford University. He lives in Oakland, California with his wife and daughter.

For more in-depth information on Vinography and Alder’s background, an hour-long interview with Alder conducted by Levi Dalton at the I’ll Drink to That Podcast is available.

Tim Patterson was a wine writer based in Berkeley, California, where the wine country meets what’s left of the 1960s. He wrote regularly for Wines & Vines, the Wine Enthusiast, WineMaker, and assorted other publications. He was the co-author (with Jim Concannon) of Concannon: The First 125 Years (2006) and the author of the acclaimed Home Winemaking for Dummies. He passed away in 2014 and is dearly missed.

For the past several decades George Rose has covered subjects as diverse as Hollywood glitterati, NFL athletes, Western landscapes, and especially wine country. Beginning with his first Brownie and later as an Ansel Adams protégé, Rose has led an unorthodox photographic life that crosses many boundaries and defies specific categorization. He spent time shooting for the Los Angeles Times, Rolling Stone, USA Today, and Time Magazine in the 1970’s and 1980’s, which gave him the kind of access he needed to make remarkable and historical imagery, some of which earned him the honor of twice being nominated for a Pulitzer prize. After trading journalism in for a career in the wine indistry in 1990, Rose turned his lens on terroir, focusing on the seasonal changes taking place in some of the world’s most spectacular vineyard estates around the world. Rose is a World Press Photo Award winner, an author of many books, and the former co-publisher of the Mendocino Grapevine weekly newspaper. He lives in Healdsburg, California. His work is available to Vinography readers for their personal use as desktop backgrounds and screensavers, and images can be purchased for editorial and illustration through through Getty Images.

Michael Ireland Regnier has been a successful commercial photographer since 1982. He services national and international clients from his home base in Kansas City, with an additional studio in Prague. Michael has worked extensively throughout the United States, Europe and Asia for clients such as Marlboro, Columbia Records, Coca Cola, Nordica, Kodak, Blockbuster Music, Sprint, Nextel, Hallmark Cards, Oil of Olay and the Federal Reserve Bank. Michael’s work has been recognized by: Advertising Photographers of America, Graphis Design, Graphis Poster Annual, Communication Arts, Photography Annual, Photo Design Annual, American Photography Annual, American Association of Advertising Agencies, and the Clio International Advertising Awards. Michael is one of only six photographers chosen from around the world to be published by Kodak International Photography. His work is available to Vinography readers for their personal use as desktop backgrounds and screensavers, and prints can be purchased through his web site.

Andy’s photographic journeys have taken him around the globe. From the Old Country in Eastern Europe to the California wine country, which he now calls home, his subjects are as diverse as his travels and adventures. Andy has published several books of his work, including A Portrait of Napa and Sonoma; Concannon: The First One Hundred and Twenty-Five Years; New Zealand: Sea, Earth, Sky; Private Reserve; Robert Mondavi Winery; The Heart of Burgundy; Tuscany and Its Wines; and Vineyard. His prints are featured in museums and galleries worldwide including his own in Boulder, Colorado and Healdsburg, California. His work is available to Vinography readers for their personal use as desktop backgrounds and screensavers. You can see more of his work, as well as make inquiries about limited edition prints at his web site: andykatzphotography.com.

As a freelance journalist, Blake Gray writes about wine, sake, and Japanese food for a variety of publications, including the San Francisco Chronicle, Wine & Spirits, and the in-flight magazines of Japan Airlines and United Airlines. He lived in Tokyo for most of the 1990s, holds a Japanese language certificate, and has taught classes in sake appreciation.

Jessica Yadegaran is a wine writer for the Contra Costa Times and the Bay Area News Group. She writes a bimonthly wine column called Corkheads and blogs daily by the same name.

Cole Danehower was the co-publisher and wine editor of Northwest Palate magazine, a consumer publication covering the wine, food, and culinary travel bounty of Oregon, Washington, British Columbia, and Idaho. He received a James Beard Journalism Award for his previous publication, the Oregon Wine Report and wrote frequently about Northwest wines for several publications.

Jennie Schacht is principal of Schacht & Associates. She is co-author with Mary Cech of The Wine Loverâ€™s Dessert Cookbook and with Joey Altman of Without Reservations: How to Make Bold, Creative, Flavorful Food at Home

Wanda Hennig’s early wine education was gleaned while at university in South Africa, drinking vast quantities of cheap plonk. A long-time journalist there, her first California job was as an editor on the now defunct Napa-based Appellation magazine. She writes extensively about lifestyle subjects, including food and wine, for Bay Area and international publications.

After thirty-some years as a professor at UC Berkeley, Bill Rohwer and his wife, Carol, started in 2002 West Coast Fine Wines, a two-person firm that represents selected California wineries to many of the best restaurants and wine shops throughout Italy.

Derrick Schneider is a freelance writer and the publisher of the blog An Obsession With Food.

Vinography has been honored with numerous awards and accolades.