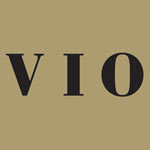 I can’t tell you how many stories I’ve heard of winemakers striking out on their own or forming partnership brokered by their shared love for Pinot Noir. Happens every day, practically. This is not one of those stories. Or rather it is one of those stories, but Pinot Noir is not part of the cast. Instead, the guys at Vinum Cellars were brought together because of their shared love of Chenin Blanc.

A quirky and unlikely candidate for creating the passion that fuels the creation of a new winery to be sure, but the winery that this grape has spawned, at the hands of Chris Condos and Richard Bruno, is quirky in itself. Started in 1997, Vinum Cellars is the eclectic product of Condos’ and Bruno’s explorations and passions in the world of wine.

Condos comes to wine via a large Greek family, with a history of home winemaking, while Bruno got his start in the restaurant and bar business. Both eventually decided to become winemakers, and the two met while they were both students in the UC Davis wine program. After graduation and some time spent out in the world (Condos at Pine Ridge winery and Bruno as a winemaking consultant in various places in California and Colorado) the two came together to start Vinum Cellars.

Their vision for the company and the wines it would produce was not that different from any other small wine company dedicated to quality: find great grapes, grown extremely well, and do very little to them in the process of making the wine, so that they might express themselves fully. However, they did have, and continue to have, a different approach to winemaking than many small wineries, especially those who produce wines at their price point ($15 to $30). Condos and Bruno consciously experiment with exotic yeast strains for fermentation, and, in a very old world move, also insist on using old (rather than new) oak barrels for their white wines and some of their reds.

Of course, this sort of technological innovation (yeasts) coupled with super traditional European cellaring (old barrels) wouldn’t mean anything if the resulting wines weren’t good. I’ve tasted Vinum’s wines on a number of occasions over the last couple of years and they’re getting better and better in my opinion. The winery makes several different wines with sometimes wacky blends and wackier names, including Elephantus Blanc, Chard-no-way, a Petite Sirah that goes by “Pets” and a Cabernet Franc, a Syrah, and a Cabernet Sauvignon among others. In particular, I continue to be very impressed with this Viognier, which is now in its 7th year of production for them.

This wine comes from grapes grown down near the Pinnacles National Monument in San Benito County in Northern California. This vineyard is described by Vinum as a “cool climate” mountain vineyard, but if it’s down near the Pinnacles, it must also benefit from some pretty impressive heat during the daytime, as that area of the country becomes a heat sink around June. The vineyard is owned by the Dyson family, and supplies fruit to several other prominent wineries including William Selyem, which they own.

The grapes were hand picked and crushed as whole clusters. The wine was fermented cold in small French oak barrels before aging on its lees (the pulp and seeds and sediment left over from pressing) for 9 months. It has partially undergone a secondary Malolactic fermentation. 550 cases produced.

Tasting Notes:
A light gold color in the glass this wine has a lovely nose that combines aromas of pears, honey, and roasted barley. In the mouth it has excellent acidity (something missing in many California Viogniers) and a nice combination of mineral and fruit flavors, with elements of pears, lemons, and unripe nectarines mixing with some herbal flavors (chamomile comes to mind) as the wine lingers for a moderate finish.

Food Pairing:
This wine would be an excellent accompaniment to some pan-fried trout with red onion and orange relish.

As a side note, I tasted the 2004 vintage of this wine earlier this year and it’s even better, probably around a 9.5 on my scale.