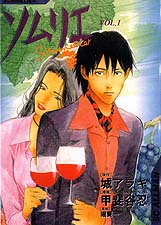 The story of how cute fuzzy animals help to sell wine is an old one. People are wise to the power of cute when it comes to selling wine, but that appears to be largely a US phenomenon. What then is the key that will unlock other cultures? What will make the Italians go nuts? Who holds the secret to the passion of the French?

I suppose it’s not any surprise, but the answer to how to market wine in Japan lies not with cute animals (though there’s no shortage of them in Japanese marketing) but with comic books. Most adults in Japan read manga, a style of comic art related to Anime that comes in thick newsprint books, small pocket books, and is printed in strip form in newspapers around the country. It’s not uncommon to see business executives with phone book size graphic novels on the subway. It’s not kid’s stuff, it’s a viable alternative to literature.

Some manga is extremely violent, some is extremely sexual. And some of it is incredibly prosaic. There’s so much of it that there’s always a quest for new types of heroes and protagonists. It was only a matter of time, then, before someone came up with Joe Satake, Sommelier. Yes, that’s right, there’s a comic book whose main hero is a wine steward. I love it.

In any case, back in the late Nineties, one of Joe’s escapades happened to mention a Calera Pinot Noir and overnight, Calera went from being an unknown Central Coast wine to being THE cult Pinot Noir in Japan. Even now, ten years later, Calera’s owner and winemaker Josh Jensen sells more than 20% of his production to Japan, a statistic I find mindboggling. Apparently manga-reading wine lovers line up for hours waiting for a chance to buy a bottle.

The point of all this? I’m not sure entirely, but it certainly proves that there are other creative ways to market wine. Granted, we’ve got pretty strict laws about how we can advertise liquor in this country — no one wants to be the alcohol equivalent of Joe Camel — but there’s got to be more we can do than glossy magazines and those silly radio ads.

Wine geeks around the world rejoice: it also proves that wine can be cool.

Mostly though, I just want to read that comic strip. 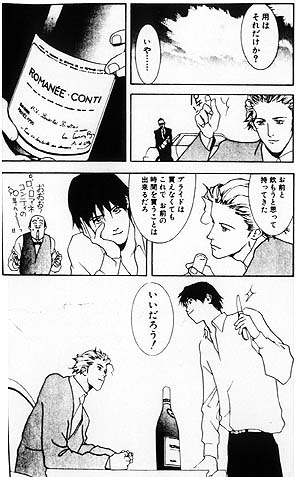 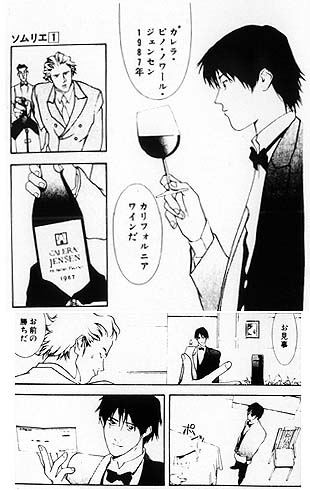