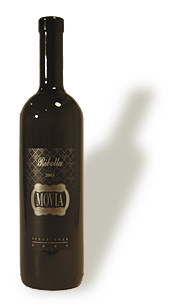 I am, like many of you readers, supremely lucky to be able to buy and to drink a wide variety of wines. Certainly the selection of wines here in California is exceptional, unfettered as we are from state-run liquor monopolies. Despite such an abundance of wines from all over the world, it never ceases to amaze me how many people seem to be stuck in the rut of only ever drinking a few basic California-produced varietals. While the number of different types of wine produced in California is growing all the time, it still pales in comparison to somewhere like Northern Italy, where hundreds of different (many indigenous) grape varieties are being made into wines that are refreshing (and often surprisingly affordable) alternatives to whatever it is that we find ourselves drinking all the time.

Anyone who has ever visited the far Northeast of Italy knows that things get a little wonky up there when it comes to languages, geography, and political affiliations. One town will speak perfect Italian, and you’ll find risotto on every table and then a few kilometers away, another town will speak German and serve you knockwurst. Such diversity is actually quite entertaining and makes for a really interesting variety of food and, as luck would have it, wine, too.

At the broadest level, the winemaking region of Northeast Italy is known as Friuli, which along with the Trentino Alto-Adige is the most well known and largest producing area for making white wines in Italy. Within the Friuli, the appellation which covers Italy’s border with Slovenia is known as Collio, or more properly, Collio Goriziano, after the Italian for hill (colli). This area of the country has really only been part of Italy proper since the end of the First World War, when maps of the region were redrawn. It should come as no surprise that when those maps were negotiated at Versailles, they didn’t exactly think about where the vineyards would end up.

Subsequently, it was a matter of luck, or fate, or just plain bureaucracy that the Kristancic family wine estate would end up pretty much straddling the border of Italy and Slovenia, with 20 acres on the Italian side and 18 acres on the Slovenian side. It’s only really due to the fact that the family mailbox is in Slovenia that the whole operation bears that country’s name. I’m sure for the Kristancics, who have owned their estate since 1820, this is just one more in a series of geopolitical identities, which shall too pass in time.

The Kristancics have better things to worry about than what flag flies over their vineyards. These are serious winemakers who have been doing their thing in the Collio, and now the Brda (the Slovenian name for the same region) since before any of them can remember (at least three centuries). The Movia estate is currently under the stewardship of Ales Kristancic, who grew up working alongside his father in the vineyards. It is largely under his father’s guidance that the winery moved first to organic production and then to full biodynamic production, which they have maintained for nearly the full 20 years that Ales has been working the estate.

The winery produces around 13,000 cases of wine each year, all using the extremely high effort biodynamic practices that were handed down to Ales from his father. This includes racking the wine by hand according to the phases of the moon so as to remove sediment without need for fining or filtering. The estate produces mostly white wines from Chardonnay, Sauvignon Blanc, Pinot Blanc, Tokaj, Pika, Glera, as well as this Ribolla Gialla, which is also known as Rebula in Slovenia.

Ribolla, as everyone seems to call it for short, is one of the oldest indigenous grape varieties in the Fruili region of Italy. According to the Oxford Companion to Wine, It appears in written records as far back as 1289 in the city of Udine, a city which later past civic ordinances regulating the preferred way to make wine from the grape.

The estate also produce smaller quantities of Merlot, Cabernet Sauvignon, and Pinot Nero. All Movia wines are aged in mostly Slovenian oak casks, with some French oak mixed in, and age on the lees (the sediment left over after fermentation) for sometimes up to several years before bottling.

Tasting Notes:
Light gold in the glass, this wine has a comforting nose of floral and mineral aromas mixed with the scent of flan and warm toasted brioche. In the mouth it has a very mineral character, with nice acidity and a silky texture that wraps around flavors that don’t quite have the bitterness of pine sap, nor the sweetness of sarsaparilla. This is a refreshing, unique wine that doesn’t quite taste like anything else, but is deliciously drinkable in its eccentricity.

Food Pairing:
I’ve now had this wine several times with everything from seafood to pasta in cream sauce to charcuterie to salads. I’m amazed at its versatility and how it comes alive in different ways with different foods. If I had to pick a single pairing, I might go for this dish of grilled squid with lemon, garlic, and cumin.

This wine is available for purchase online. It is imported by Domaine Select in New York.