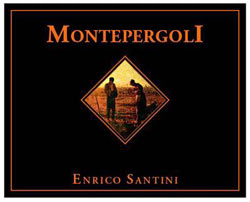 When I think of Italy as a wine producing country, I tend to think to think of it as ancient. It is the home of thousands of indigenous varieties of grapes, and people have been making wine for centuries, sometimes in the very same spot for dozens of generations. This is certainly true in many of the most established and famous of Italy’s wine regions. What I tend to forget is that there are other wine regions which are relatively new, in which the standards for what is good and what is not are still being defined by every new vintage.

Tuscany’s Maremma is one such region. Mild and coastal, this section of Italy (like pretty much anywhere in the country that has been constantly populated throughout history) has had some grapes grown in it for centuries, but as a wine producing region it was essentially inconsequential until as recently as 30 years ago. This was mostly because up until the early part of the 20th century it was a swamp filled with bandits and clouds of malarial mosquitoes.

But in recent decades the Maremma has started to pique the interest of some Tuscan winemakers attracted to the mild, consistent weather. In 1994 the Bolgheri DOC appellation was established, largely on the reputation of Sassicaia and Ornellaia, the two most famous wines from the region, and the area became a heavy target for investment and winery development.

Interested has cooled slightly, and some very interesting wines are emerging from the region, among which are the wines from the brand-spanking-new estate of Enrico Santini. Santini set up shop as a newcomer in just the last few years, carving out a small 30 acres of vineyards amongst the much larger estates in the Bolgheri DOC. In contrast to some of these bigger wineries, Santini makes his wine in his basement and his garage, earning him the designation as the first Bolgheri garagiste winemaker.

No one would have paid much attention to a young guy with a tiny plot of vineyards and some wine barrels in his garage, except that in his first two years of making wine, with grapevines bearing their first usable fruit, Santini was awarded the coveted Tre Bicchieri award from the Gambero Rosso wine guide for one of his wines.

Needless to say, people are paying a lot of attention to Santini now, even though he is only on his sixth vintage at this point. Santini is a native of the region, having grown up in the village of Castagneto Carducci, and he has settled in with the assuredness of someone whose boots are familiar with the land. He planted his own vineyards from scratch on virgin soil, and planted only as many vines as he thought he could realistically tend to himself. He farms his gentle hillside plots of grapes biodynamically, which pretty much ensures that as their sole guardian, he is out amongst his vines from first light to well past sunset almost every day.

Santini makes three wines, a white, and two reds, one of which is more Sangiovese based, and this Supertuscan style red which is a blend of Cabernet Sauvignon, Merlot, Syrah, and a small amount of Sangiovese. For his red wines, Santini vinifies and ages each varietal separately before assembling the final blend.

The grapes are babied by hand from the vine to the vat, where they undergo an extended maceration period of an amazing 20-28 days on average, before primary fermentation. The wine ages in French oak barrels for 18 months where it undergoes a secondary fermentation. It is aged for another year in the bottle before release. 1400 cases produced.

Full disclosure: I received this wine as a press sample

Tasting Notes:
Dark garnet in color, this wine has a rustic nose of leather and barnyard aromas that lean towards the horsey end of the spectrum, but hold back from being unpleasant in their pungency. Once in the mouth, however, the wine shows excellent balance and a lovely concoction of boysenberry, blueberry and earthy flavors. Light tannins offer some muscle without sacrificing smooth drinkability, which is certainly one of the best features of this wine. A pleasant finish rounds off a very pleasant trip across the palate.

Food Pairing:
I’d love to drink this wine with the classic tripe alla fiorentino (tripe in spicy tomato sauce), though it would go equally well with a classic tuscan grilled veal chop with rosemary and olive oil.

How Much?: $52, though occasionally deals can be found for much cheaper.

This wine is available for purchase on the internet. Santini’s wines are imported by VINTUS imports.