Stabbing Cornas In the Chest 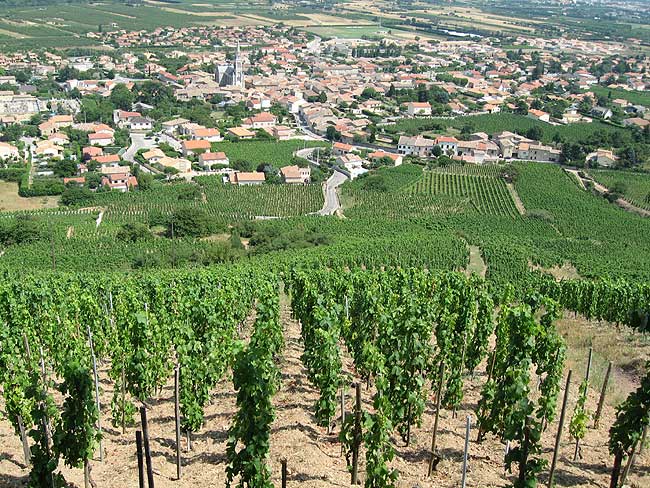 For the last week there has been quite a conversation brewing as the result of my commentary on a magazine article discussing EU wine reforms, which include ripping out quite a lot of underperforming vineyards around Europe (mainly in France). Now I don’t know enough to be able to say definitively whether ripping out (or “grubbing up” as the Europeans like to call it) can actually help the European wine industry, but I understand the logic being used.

There is another, smaller, less visible set of plans on the table to rip out some vines, for which I can find absolutely no logical reason, and which, when it comes right down to it, really pisses me off.

I’ve long been a fan of the Cornas appellation in the Northern Rhone, ever since I had a bottle of Syrah from August Clape, who remains one of my favorite producers in Cornas, an area which is essentially a granitic outcropping studded with gnarly, ancient Syrah vines that several farming families have been working for more than a century.

And now, despite opposition from pretty much everyone except the real estate developer who’s got plans to develop the land, the mayor of Cornas, Monsieur Gilbert Garnier, and his local planning council, have said they plan to allow development of large commercial building in an area which includes some of August Clape’s 100+ year-old vines.

This is shocking and idiotic.

I am unfamiliar with the legal lay of the land, so to speak, but I guess somehow the government has some rights to make decisions on land use in certain areas that have historically been family farms, and Monsieur Garnier has decided to let a developer put up a building on what is now the Les Mazards vineyard. Perhaps this is the French equivalent of what happens in the US when the government decides that there needs to be a freeway right where your house is. The only difference is that in this case it’s a private development, not some public works project that will “benefit” everyone.

The development of this four to five story building will require a road that will likely cut through Clape’s Pied de la Vigne site, where some of his oldest vines currently live.

If this were the United States, we could all just fire off blistering e-mails to the bureaucrat in charge, but as we’re talking about a small provincial village, the only way to get your voice heard is to send a physical letter, which I encourage you to do, if you have the time and the energy.

The address, for those of you good with a quill:

Or, if you don’t have the time and energy, just leave a comment here on this blog, and I will print it out and mail it to Monsieur Garnier with my own letter in a few days. There is also a petition to sign which you can download here ( 10k PDF), and return electronically (scanned) to me or to Vincent Paris (vinparis@wanadoo.fr), Co-President of the Cornas Winegrowers Association.

If you are a blogger, and you’ve every enjoyed wines from the Northern Rhone it would be great if you can help spread the word about this pending disaster.

For more information, you can check out the press release issued by the Cornas Winegrowers Association (30k PDF) which was graciously translated for me by Amy Lillard of La Gramiere, or check out John Livingston-Learmouth’s site for his take on the problem.

Thank you in advance for whatever effort you can lend to this cause:

Photo credit: The Gang of Pour, who I hope won’t mind me using this lovely image for such a purpose.