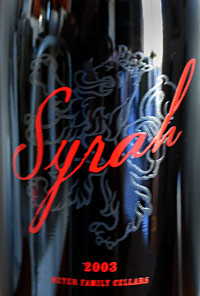 There are some California appellations that need no introduction, others that will ring a bell for experienced wine lovers, and only a select few that nine out of ten people will likely never have heard of. Up until a few years ago, the Yorkville Highlands was one such appellation. These days, it’s hard to tell whether it still languishes in obscurity or is gradually making its name known to lovers of California wine. Every time I meet a winemaker or winery marketing person from the area, however, after telling me where their grapes are grown, they always briefly pause, and then politely ask, “do you know where that is?”

Anyone who’s ever driven to Mendocino or the Anderson Valley the inland way (not on Highway One) has at least viscerally experienced the Yorkville Highlands, even if they had no idea where they were. Turning off from Highway 101 onto Highway 128 in the town of Cloverdale, the road quickly becomes a sick-inducing series of switchbacks and hairpin turns that climb swiftly away from the idyllic flats of the upper Alexander Valley into a much rockier and more extreme country.

The Yorkville Highlands is an elevated section of benchland that divides the Anderson Valley and Alexander Valley winegrowing areas. A complex product of uplift and fault action, it is a chunk of fractured rock and thin, poorly nourished soils that sits 1200 to 2000 feet above the surrounding areas, making for a relatively unique growing area compared to the surrounding appellations. The Yorkville Highlands tend to receive more sun than parts of the foggy Anderson Valley, but stay cooler because of their elevation and the inland sea breezes that sometimes seem to leap right over the heart of Anderson Valley as it simmers in 100+ degree summer heat. Consequently, The Yorkville Highlands seems to be able to grow a lot of different grape varieties quite well, from Cabernet Sauvignon (it’s most commonly planted variety) to Pinot Noir. Up until only a few years ago, no one had thought of growing Syrah in the area, but now, it is the second most planted grape variety after Cabernet.

While there are several growers that have literally been farming in the Yorkville Highlands for more than two decades (it was only given its own AVA status about 10 years ago), plantings have really increased in the last six or seven years. Of course, it wouldn’t take many more plantings to increase an area that today only has about 22 vineyards covering about 400 acres. Only about 1% of the designated AVA area has grapevines on it, and currently there are only 41 wines produced using fruit from the area.

One of the longer residents in this area is a dynamic little outfit known as Meyer Family Cellars. While Meyer Family Cellars has only an eight-year history, and has recently released one of its first wines, it has a much longer legacy thanks to founder and patriarch Justin Meyer. Justin Meyer was one of the great icons of the modern California wine industry and one of its greatest success stories. Justin Meyer thought he was destined for a life of prayer and service when he joined the Christian Brothers religious order in the late 1950’s, but a twist of fate led to him being sent to work at the order’s winery in Napa in 1964. That fateful move was the beginning of a forty-year career in the wine industry. After working for several years at Christian Brothers with the famous Brother Timothy, he left the order to marry the woman he had fallen in love with, and with literally a dollar to his name, he co-founded a little winery that he and partner Ray Duncan decided to call Silver Oak. The rest, as they say, is history. Justin spent 28 years at Silver Oak and built it into one of the world’s most sought-after wine brands.

During that time, Meyer, who was a lover of Port, purchased some bulk tawny port on the market and started to make small batches of the stuff under a new label: Meyer Family Cellars. The port was for friends and family, and was also sold in small quantities at the Silver Oak winery to those in the know.

During this time, Meyer raised a family with his wife Bonny. From an early age, his son, Matt Meyer, knew that he wanted to be a winemaker and winegrower like his father. Unlike in his father’s day, the way to do that was pretty straightforward for Matt, who went to U.C. Davis for a degree in Viticulture, and then began working immediately with his father on turning the family winery into something more than just a little port hobby.

The family purchased vineyards in the Yorkville Highlands in 1999, and while waiting for the vines to mature, purchased Syrah on the bulk market to blend and bottle for the 2000 through 2002 vintages. Justin Meyer passed away in 2002, leaving the winery under the direction of Matt and his new wife, Karen, a winemaker whom he met while working a harvest in New Zealand in 2004.

It has been a long road to get to this point, but in 2006 the winery finally released the first wine that it can fully and truly call its own. This 2003 vintage Syrah is essentially Matt and Karen’s first true full effort, representing a stake in the ground for the future of what will be their house style.

By all indications, that style will be a bold, yet balanced, expression of cool-climate Syrah. Made from grapes grown in six different vineyards around Mendocino, the wine is aged for 24 months in 50% new American oak before bottling. 1400 cases are made. The winery will be producing only a single Syrah and a single Cabernet Sauvignon each year, as well as continuing the family tradition of producing a Zinfandel based Port.

Tasting Notes:
Inky garnet purple in color, this wine has a beautifully perfumed nose of violets and luscious black cherry fruit. In the mouth it is smooth and silky with a lovely weight on the tongue. The primary flavors are a beautiful melange of tobacco, chocolate, and black cherry, and with more air and time, I also perceive blackberry and cassis. All the flavors resonate with depth and feeling, and coalesce into a substantial finish that in my enthusiasm I scribbled down as “epic” in my tasting notebook. This is certainly one of the best Syrahs being made in Mendocino county, and probably the best I have had from the Yorkville highlands.

Food Pairing:
I’m headed off to a grilling party this afternoon and I wish I had another bottle of this to serve with some grilled fennel sausages, as they’d be a perfect match.