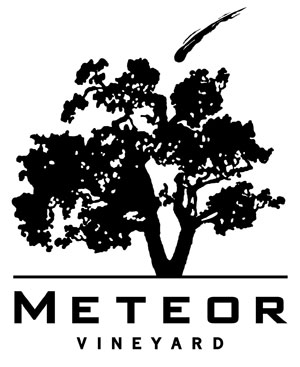 Barry Schuler may know a thing or two about running multi-billion dollar technology companies, but what he really wants to talk about, given the chance, is food and wine. The former CEO of AOL, Schuler often gets credited along with Steve Case (who preceded Schuler as CEO) for the company’s success in the late Nineties. But while his colleagues and most of America’s top technology executives were returning home at the end of their long days to comfortable suburbs near major metropolitan areas, at the end of the week Schuler was making his way back to Napa, California. Schuler may have been one of the country’s top technology executives, but now he spends as much time thinking about wine as he does anything else.

Schuler says that he can remember wanting to live in Napa as early as the age of 18. In addition to dabbling in photography and filmmaking as a teenager, he says, “I was really into cooking. And drinking.” His obsession with food and wine, led him to the altar of Alice Waters’ restaurant Chez Panisse, which he visited for the first time in 1974 on the pretense of considering a graduate degree at UC Berkeley. Instead of attending his interviews and exploring the campus, however, Schuler dined at Chez Panisse, and drove to Napa, where he spent days wandering around in a daze. “It was like mecca,” he says, “like I was hit by a lighting bolt. It truly was amazing. I decided then and there that I had to figure out how to live [in Napa] someday.”

By his own account, Schuler spent the next 15 years “chasing French wine” and working out the math that would get him back to the Napa valley. While he wasn’t in his own kitchen dreaming of his future Napa estate, Schuler was busy making a name for himself in the emerging world of digital interactive media. He founded an early advertising agency to serve the emerging home and business computing market, then ran one of the first successful Macintosh software companies, and finally ended up founding an interactive design agency called Medior, with several colleagues, including Tracy Strong, who is now his wife.

Schuler finally moved to Napa in 1989, settling closer to the town of Napa than to the centers of culinary and wine activity farther up the valley, because he was attracted to the change he saw underway in and around the city of Napa. “It was a train wreck in those days,” says Schuler, but he saw something of a diamond in the rough in the scrabbly area to the east and north of town known as Coombsville. When he finally decided he wanted a bit of land on which he might one day plant some grapes, “mostly just to sell, I was thinking,” he says, “I started looking in Coombsville.” Good lots were not immediately forthcoming, so Schuler would spend several years poking around the area until in 1998, when someone told him that a 35 acre parcel was due to be sold in the area, and that he might want to take a look at it.

After rounding the shoulder of the hill and seeing the view of a green cow pasture roll out from underneath the mossy shade of oaks all the way to the San Francisco Bay in the distance, Schuler purchased the property on the spot, thinking he’d figure out whether it could grow grapes later.

What Schuler ended up with is an interesting geologic and climatologic anomaly in the region. The hilltop of ash and clay soil is layered thinly on a deep base of round river stones, and sits up higher than most surrounding points in the traditionally cooler region of Napa. This makes the property a little island of heat that misses much of the fog influence that creeps up from neighboring Carneros and the wind patterns that sweep through the rest of the region, which is a pending AVA (American Viticultural Area) under the name Tulocay.

With the help of vineyard consultant Michael Wolf, Bill and Dawnine Dyer, (of Dyer Vineyards) and occasional advice and moral support fromTony Soter (of Etude Wines) the Schulers set about carefully establishing their 22 acre vineyard, still with the idea that they’d sell the grapes, and perhaps make just a tiny bit of wine for themselves. After some struggles, the vineyard began yielding grapes in 2003, and by the time the 2004 grapes were going into bottle, it was clear that the fruit was on track to being exceptional. The folks who had purchased the initial lots of grapes were clamoring for more, and new requests were constantly being made.

“At that point,” says Schuler, “we couldn’t resist.” Barry and Tracy enlisted the Dyers to make them 40 cases of wine from the 2003 harvest, and asked them to become equal partners in the winery. For the name of their project they selected a rephrasing of Medior, the company that had brought them together, and arguably made possible the fulfillment of Barry’s teenage dreams. For their label they chose the silhouette of the solitary, ancient oak tree that anchors the center of their vineyards.

Most of Meteor Vineyard‘s grapes are still sold to select wineries around the valley, but the family holds back enough fruit to make about 700 cases of their estate Cabernet, and about 90 cases of their Special Family Reserve, which represents the best barrels from each vintage.

TASTING NOTES:
2004 Meteor Vineyard Cabernet Sauvignon, Coombsville/Tulocay, Napa
Medium to dark garnet in color, this wine has a perky nose of nutty, cherry aromas that are tinged with hints of tobacco and anise. In the mouth its initial impression is of brightness and good acidity, with earthier flavors of tobacco, leather, cherry, and a hint of “stemmy” green wood that doesn’t keep the wine from being tasty. Score: around 9. This wine is not commercially available.

2005 Meteor Vineyard Cabernet Sauvignon, Coombsville/Tulocay, Napa
Medium to dark garnet in the glass, this wine bursts from the glass with bright cherry and chocolate aromas that are followed rapidly with sweet tobacco and vanilla scents. In the mouth it is silky, even sexy, on the tongue, with a nice weight to it. The wine is juicy, with acidity that might even be slightly too sharp in comparison to the rest of the beautiful lush cherry and cedar fruits that mingle with pipe tobacco to finish with great length and satisfaction. I would expect this wine to smooth out in the next year or so in the bottle, and continue to improve for several more. Score: between 9 and 9.5. Cost: $225.

2005 Meteor Vineyard “Special Family Reserve” Cabernet Sauvignon, Coombsville/Tulocay, Napa
Medium to dark garnet in color, this wine smells of tobacco, earth, and cocoa powder. In the mouth it displays a deeper earthy quality than the label’s primary release. Nicely balanced flavors of cherry and wet earth, with hints of blue fruit, sit poised on the tongue, nicely balanced for a finish that feels like a leisurely backstroke in a placid pool, as the wine slinks and slips down the palate. Score: between 9 and 9.5. Cost: $300.

I also had the opportunity to taste several clonal selections from different blocks of the vineyard, vintage 2007, that will soon be blended. These samples displayed a broad range of deep, complex fruit that are showing their first incarnations in the wines above. The clone 7 cabernet fruit was classically Cabernet Sauvignon — cherry with hints of stem tannins. The Clone 4 fruit was deep and earthy, with notes of slate and graphite aromas and spicy flavors of espresso and orange rind. Finally the clone 337 was an impressive, powerful luge-run of cherry fruit that nearly knocked my socks off. There are clearly many good things to come from Meteor.