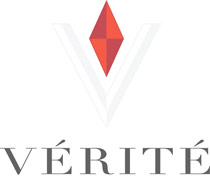 Formulaic is an adjective that is often leveled at some of California’s top boutique wines and their winemaking. As if when you finally manage to afford all the components required to make a high-end wine, that somehow you just throw them together and, “poof” you’ve got yourself a $300, 94 point superstar.

Not much richer now, but older and wiser by far when it comes to wine, I’ve come to realize that if it were just about money, then everyone and their brother would have a mailing list 5 years deep. If there is a formula to making a world class wine, it’s so damn complicated that no one can simply buy it.

But nonetheless, it certainly is possible to set out to create a world class wine, and actually succeed. You might say that everyone begins that journey, but very few actually complete it. And if you look closely at those who do end up with truly fantastic wines, the common denominator is not money (though most certainly have that in common) it is something much harder to come by: a combination of knowing what the hell you are doing and the willingness to work your ass off.

Jess Jackson most certainly qualifies for the designation of a guy who knows his stuff. One of the most successful wine moguls of America, Jackson’s successes range from the amazingly consistent supermarket wines of his Kendall Jackson brand to the luxury wine of Cardinale. So when Jackson decides to buy a few of Sonoma county’s best hillside vineyards, plunks a house down amidst the rows, and begins a “little project” to make world-class Bordeaux blends, one should pay careful attention.

Vérité Wines is Jackson’s “little project.” Founded on the simple premise of farming the absolutely best quality Bordeaux varietals possible in Sonoma County and then turning them into carefully blended masterpieces, Vérité is one of the few highly sought after wines from Sonoma County that is not made from Pinot Noir.

Winemaker Pierre Seillan comes to Vérité after a long and distinguished career of winemaking in Armagnac, the Loire Valley, and Bordeaux, where he spent nearly 20 years as technical director for seven chateaux in the region. Recruited by Jackson in 1997, Seillan holds the title of “Vigneron,” by way of explaining his role both in the cellar and in the vineyards, much like the winegrower-winemakers that are much more common in Europe. Seillan wields total control of the winegrowing and winemaking operation at Vérité (with an awful lot of help, of course) to produce wines that reflect his particular vision of what his vineyards have to offer the world.

Seillan describes his three vineyard sites in terms of “micro-crus” — small sections within the vineyards which possess their own unique characteristics, and which Seillan attempts to harness like a conductor managing the various tones of a chamber orchestra. With all the notes available to him, Seillan constructs three melodies each year, named La Muse, La Joie, and Le Désir. Each is a particular blend of varietals, vineyards, and flavors that walks the line between paying homage to the Old World while embodying the New. La Muse emphasizes Merlot, La Joie, Cabernet Sauvignon, and Le Désir, Cabernet Franc.

This fine line between classic Bordeaux styling and California power is a difficult one to walk, and in this, my first taste of these wines, I’d have to say Seillan does it remarkably well. These wines have a brawn that you’ll rarely find in Bordeaux, but they are miles from the extracted, oak-laden Cabernets that are far too common in California.

That isn’t to say these wines don’t use oak. After careful harvesting, sorting and individual fermentation of the grapes from each block of the vineyard, the wines spend 16 months in new French oak barrels, but despite this long engagement, the wood has only a suggestive presence in the wines, rather than a dominant flavor. After barrel aging, the wines spend another 18 to 24 months in bottle before release. Less than 1000 cases are made of each.

As I mentioned, this is my first time tasting these wines, and I found them to be truly impressive.

2004 Vérité “La Joie” Bordeaux Blend, Sonoma County
Inky ruby in color, this wine has a rich nose of dark roasted espresso, leather, and forest floor aromas that jump out of the glass. In the mouth it is surprisingly lithe given its powerful nose, and once past a deeply earthy first impression it offers beautiful flavors of cherry, tobacco, cassis and notes of herbs that seem like a light haze mixed in with the fine dusty tannins. The finish is long and dry. A very pretty wine. 66% Cabernet Sauvignon, 20 % Merlot, 10% Cabernet Franc and 4% Petit Verdot. Score: between 9 and 9.5. Cost: $200. Where to buy?

2004 Vérité “Le Désir” Bordeaux Blend, Sonoma County
Medium to dark ruby in color, this wine has a surprisingly Old World nose of earth, graphite, and the unmistakable scent of green bell pepper, which manages to hover well below the range of objectionable. In the mouth that greenness manifests as a hint of green wood studded in a matrix of bright cherry fruit dusted with fine tannins. Beautiful texture and a long finish make for lingering pleasure on the palate. 49% Merlot, 47% Cabernet Franc, 4% Cabernet Sauvignon, with a splash (0.1%) of Malbec. Score: between 9 and 9.5. Cost: $200. Where to buy?

2004 Vérité “La Muse” Bordeaux Blend, Sonoma County
Dark ruby in color, this wine has a brawny nose of pipe tobacco, cola, and incense. In the mouth it reminds me of an operatic baritone — rich, clear and resonant with flavors of cherry, tobacco, cola, and beautiful cedar notes that merge with the drying, powdery tannins. “Hot damn” I wrote in my notebook, “this is definitely the best Bordeaux blend I’ve ever had from Sonoma County.” And all the while the finish kept going and going and going. 86% Merlot, 8% Cabernet Franc, 4% Cabernet Sauvignon, 3% Malbec. Score: around 9.5. Cost: $200. Where to buy?