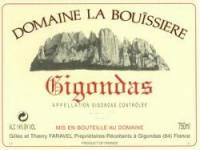 The best known and highest quality wines of the world continue to get more expensive over time. This is a function of the increasing value of their brands, the increasing recognition of the regions they are grown in, and the rising demand for top tier wines. These price and popularity gains filter down from the most well known wines to those that are slightly less well known, producing the aggregate effect of price increases in most of the world’s famous wine regions, at least for the wines that represent the upper end of the regions production.

As a result, regions that were once known for their high quality to price ratio have seen a decrease in the overall value they represent to wine lovers. This is certainly true of France’s Chateauneuf-du-Pape wine region, which has been a favorite of mine for a long time. Thanks in no small part to the attention of Robert Parker, this small area of France’s Southern Rhone Valley, has not only exploded with wineries making increasingly high quality wine, the price one must pay for these wines has also increased severely. Or perhaps more truthfully to the principles of economics, the price increases most likely prompted the expansion in quality production.

So what is a budget conscious wine lover to do? In many cases, the answer is simply to just drive down the road a bit farther. In the Rhone, just as in Burgundy and many other famous wine regions of France, it doesn’t take long before you’re out of one very famous appellation and into an often less well known one. For those of us who may not be able to afford top Chateauneuf-du-Papes, we thankfully have Gigondas — three thousand acres of some of the world’s best (and best priced) Grenache, Syrah, Mourvedre, and Carignane. Nestled with it’s neighbor (and equally attractive) appellation, Vacqueyras, a few miles up the road from Chateauneuf-du-Pape, Gigondas makes some truly fabulous wines.

One of the defining features of the Gigondas geography is the Dentelles du Montmirail, a spiky necklace of limestone cliffs that separates the Rhone Valley from Mount Ventoux. While this limestone juts up most visibly for hikers and climbers to admire and assault, it is also a key ingredient for the vineyards of the southern Rhone: good draining, chalky, calciferous soil that gives way to hard pack red clay — both of which red grapevines love to sink their roots into.

Domaine de la Bouissiere is not the only producer in the region to feature an image of the Dentelles prominently on their label, but they have more reason to than most. If you were to stand on the top of these cliffs in the right spot and accidentally dislodge some pebbles with your boot, they could very well bounce their way down into la Bouissiere’s vineyards.

La Bouissiere is the work of brothers Gilles and Thierry Faravel, who literally grew up clambering around the slopes of the Dentelles de Montmirail. Their father owned several plots of grapevines high on the slopes of the mountain, which he primarily sold to various winemakers around the region, being too busy making wine for others to make wine seriously from his own grapes. But in 1979, due in part to the interest of his sons, the family began making their own wine, and they haven’t looked back since.

The family’s 20 acres of vineyards are some of the highest in the region, which means they are some of the coolest in a region known for its scorching summers. Harvest at La Bouissiere often begins well after many of the other estates in the appellation have finished their harvests and their grapes, cooled by the famous Mistral winds of the region are often much higher in acidity than their neighbors.

The Faravel family has been farming organically since the late 80’s and practices their own brand of minimalist winemaking. The vineyards, which yield incredibly small amounts of fruit from the 30 to 50-year-old vines, are painstakingly harvested by hand. The grapes are destemmed and lightly crushed, and undergo long macerations (the soaking process that extracts flavor and color) before fermentation, usually with native yeasts. Only gravity — no pumping of any kind — is used to move the wine through the winemaking process, including the process of bottling the wine. The wines are almost never fined or filtered in any way and are aged in a combination of new and old French oak.

The Faravel brothers make a total of about 2500 cases of wine each year, including this Gigondas as well as a Vacqueyras, a simple Rhone table wine, and a prestige cuvee they call “Font de Tonin” after their father, Antonin, who passed away in 1988.

Tasting Notes:
Medium ruby in the glass, this wine has a beautiful nose of dried cherry, leather, and deeper black cherry aromas. In the mouth it is silken, with a gorgeously dry, almost dusty texture that ripples through flavors of black cherry, cocoa powder, and delicious wet dirt. Great acid makes the wine vibrant and lush on the palate while the faint tannins and nicely melded flavors all but shout authenticity and soul through the finish. Above all this wine has an incredible quality of “smoothness” that makes it go down incredibly easy.

Food Pairing:
I drank this wine with a very nice rack of lamb roasted with provencal herbs and it was a marvelous match.