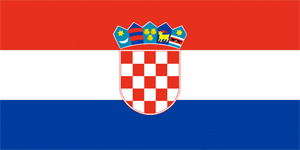 There are a lot of wine regions I have yet to visit in the world, and with a young child I don’t think I’ll be getting to many in the next few years. But now that I’ve ticked South Africa off the list (a list that I’ve never really sat down to write), the region at the top may very well be Croatia.

And this was before I tasted through the recent case of Croatian wines that arrived on my doorstep. Now that I’ve tasted them, I’m kicking myself for not dragging myself and Ruth there while we were childless. Beautiful rocky coastlines, a mild climate, great food, good tourist infrastructure, reasonable prices, excellent weather, a few World Heritage Sites, and, as I’ve discovered, great wine. What’s not to love?

I’ve no intention of turning this piece into a tourist brochure for the country, but that’s the background to my excitement at the opportunity to sample some top Croatian wines.

Croatia, is, of course, a small country tucked in on the northeast corner of the Adriatic sea, across from Italy and squashed like a compressed neck vertebrae between Slovenia on the northwest Hungary on the east, and Bosnia and Serbia to the south and East. It’s most distinctive geographical feature, however, is the long dagger-like coast of Dalmatia that angles down the Adriatic towards Montenegro, peppered along the way with hundreds of small islands.

The winemaking traditions in this region of the world that is now called Croatia (the modern country broke away from what was then Yugoslavia in 1991) go back well before the Roman Empire, though it was the Romans who brought significant rigor, scale, and methodology to the production of grapes in the area. Croatia happens to be home to some of the best Slavonian oak forests in the world (favored by many winemakers around Europe, including old school producers of Brunello), and like many areas of central and eastern Europe, has some very interesting indigenous varietals. The winemaking traditions in the region were strong enough (like its neighbors Austria and Hungary) to survive through the ages, even through the anti-alcohol policies of the Ottoman empire.

Over the last thousand years, at least since the Ottomans finished marching about in central Europe, life in the fishing villages of Dalmatia was pretty idyllic by anyone’s standards. But then one day a little guy named Napoleon arrived in the late 18th century and started making everyone’s life a bit more difficult again. One of the things the Emperor demanded, of course, were the payment of taxes, and not having much else besides small quantities of fish and vegetables, which the French had plenty of anyway, the Croatians opted to pay with a certain wine grape, which to this day has been known as Debit.

Debit is one of several grape varieties that are producing some very interesting and high quality wines in Croatia, including most notably the red grape Plavac Mali, an indigenous varietal that Croatia sees as its primary calling card in the world of wine.

From a classification standpoint as a wine, the country is divided effectively between its continental inland portion and its coastal region. Each of these two areas are further divided into sub-regions, of which Central Dalmatia, Southern Dalmatia, Istria, and Slavonia are widely regarded as the most mature and important regions. And within Southern Dalmatia, the appellations of Hvar, Korcula, and the Peljesac peninsula are perhaps the most important.

Like many lesser known wine regions, Croatia can be a dizzying maze for the uninitiated, especially as the names for the regions and the grapes are quite difficult to read and pronounce. The fact that the country also produces a lot of quite ordinary and unremarkable wine can mean lots of misses for exploratory wine lovers. Luckily the country has developed a classification system that clearly distinguishes between different quality levels. Only about 5% of the country’s wines qualify for the “Vrhunsko Vino” or “Premium Quality Wine” designation. A slightly larger percentage are classified as “Kvalitetno Vino” or “Quality Wine,” and the remaining wine is labeled “Stolno Vino” or “Table Wine” which is basic jug wine and ideally should be avoided. All of these designations should appear on the label of the wine, so they can be used to pick out the better wines.

These aren’t the first Croatian wines I’ve tasted, but they are certainly some of the best. And refreshingly, they are quite unique in character. I taste an awful lot of California wine, which I love, but I do pretty much know what to expect from a Cabernet Sauvignon at this point. The opportunity to let my palate take a spin on completely new varieties like Posip or Plavac Mali is a real treat, and this diversity alone would be enough to recommend them to you. All the better that some of them are as excellent as they are unique.

And I’m sure that there are a lot of fabulous wines that don’t make it out of the country, thanks to relatively light demand in the marketplace. Which means that I’ll definitely need to get there eventually, but probably not before you might.

Since many of the words below will be foreign to most wine lovers, I’ll take this opportunity to remind you that I standardize wine names as follows:

YEAR – Producer Name – “Name of the wine (if any)” – Grape Variety, – Appellation or region

2006 Zlatan Plenkovic “Zlatan Otok Hvar” White Blend, Hvar
Light gold in color, this wine smells of bee pollen, candle wax, and yellow flowers. In the mouth it is slick and satin textured, with a nice weight on the tongue and flavors of melons, wet stones, and kumquats. Unusual in a very good way. Score: between 8.5 and 9. Cost: $22. Where to buy?

2004 Ivan Enjingi Riesling, Kutjevo
Light to medium gold in color, this wine has a very aromatic nose of diesel fumes, spiced pears, and beeswax. In the mouth it is smooth and silky on the tongue with a nice weight to it. Excellent acidity buoys up flavors of pears, wet slate, ripe yellow apples, and mysterious, distant dark honey flavor that really is an aroma that lingers on the palate. Very intriguing and delicious. Score: around 9. Cost: $25. Where to buy?

2006 Toljanic Zlahtina, Krk
Light gold in the glass, this wine has a nose of apple pie and baked pears. In the mouth it is bright and smooth, with a crystalline quality. Refreshing acidity and mineral, apple, and pear flavors make it a zesty and delicious pour. Score: between 8.5 and 9. Cost: $13. Where to buy?

2005 P.Z. Cara “Marco Polo” Posip, Korcula
Light green-gold in color, this wine has a nose of watermelon seeds and sarsaparilla. In the mouth it is beautifully textured, nicely balanced, and offers flavors of spiced apples, crisp pears, and rainwater, with hints of white flowers emerging on the finish. Excellent. Score: around 9. Cost: $19. Where to buy?

2006 Bibich “Lucica” Debit, North Dalmatia
Light gold in the glass, this wine has an incredibly aromatic nose of fresh apple pie with cinnamon, with an edge of crushed yellow flowers and a strong vanilla component. In the mouth it is bright with acid, tart, and smooth on the tongue, with ambiguous flavors that range from roasted apples to paraffin, to crushed stones, to saffron. This is a strikingly unique wine with incredible personality, and quite unlike anything I’ve tasted before. Excellent. Score: between 9 and 9.5. Cost: $50. Where to buy?

2006 Kozlovic Malvasia, Istria
Light yellow-gold in color, this wine has a nose of yellow flowers and warm felt. In the mouth it is smooth and silky, with flavors of quince, and hints of dirty socks. No denying it, there’s a light funkiness to this wine, but it’s one of those elements that hangs back from the edge of unpleasantness and lingers in the realm of interesting. Score: around 8. Cost: $22. Where to buy?

2006 P.Z. Svirce “Plavac Hvar” Plavac Mali, Hvar
Medium ruby in the glass, this wine smells of sour cherries and apple skin. In the mouth it is dry and light, with basic cherry and cedar qualities and a sense of simple earthy clarity that makes it clear this wine is not trying to be anything other than what it is. It reminds me of a nice chianti — simple, quaffable, and while not profound, tasty and food friendly. Score: between 8 and 8.5. Cost: $14. Where to buy?

2005 Bura “Dingac” Plavac Mali, Peljesac
Medium garnet in color, this wine has a nose of dried cherries and spiced orange peel. In the mouth it reminds me slightly of Zinfandel, and with good reason given that it’s made of Plavac Mali which is a cross between Zinfandel and Dobrovic. Spicy with mulberry, cassis, and blackberry flavors, the wine has a black pepper note that creeps into the finish. Distinctive and tasty. Score: between 8.5 and 9. Cost: $60. Where to buy?

2005 Vinarija Dingac “Postup” Plavac Mali, Peljesac
Medium ruby in color and fading towards the rim, this wine has a nose of dried cherries and jaw droppingly, lilacs in full bloom. In the mouth it is medium bodied and nicely balanced with dusty tannins and an equally stunning aromatic flavor profile of lilacs, mulberries, and blueberries that lingers into a long finish. One of the most distinctive and surprising wines I’ve had in some time. Score: between 9 and 9.5. Cost: $20. Where to buy?

2005 Vinarija Dingac “Dingac” Plavac Mali, Peljesac
Medium ruby in color this wine has a nose of mulberries and molasses. In the mouth it reveals flavors of molasses, dark plum, and sawdust, with leathery tannins and a woody quality on the finish. Score: between 8.5 and 9. Cost: $20. Where to buy?

2005 Zlatan Plenkovic “Zlatan Plavac Grand Cru “Plavac Mali, Hvar
Dark garnet in the glass this wine has a nose of dusty cedar and mulberry aromas. In the mouth it is explosively juicy, even as mouth enveloping tannins coat the palate in a soft velvety grip. Flavors of plum, exotic berries, flowers, and dried fruits permeate this expansive wine that soars into a long finish with the kind of aromatics found in the best Aglianicos from Italy. Fantastic. Score: between 9 and 9.5. Cost: $60. Where to buy?

2006 Bibich “Riserva” Red Blend, North Dalmatia
Light ruby in the glass, this wine has a nose of spicy cassis and grapey aromas. In the mouth its dusty tannins grip flavors of sawdust, cassis, and black cherry, and holds them through the moderate finish. The wine seems somehow disjointed — all its components are pleasurable, but it doesn’t smoothly integrate. Score: between 7.5 and 8. Cost: $17. Where to buy?