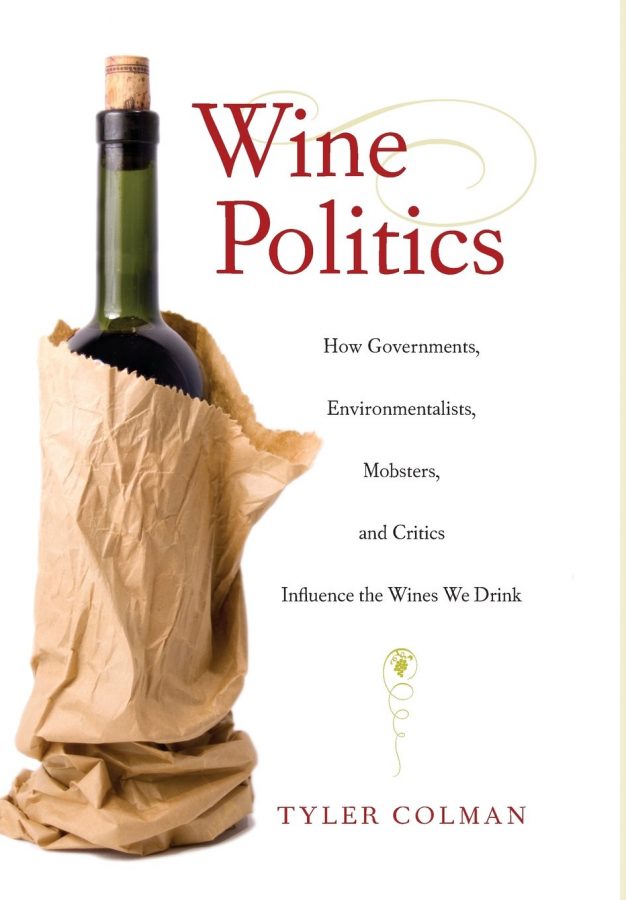 Here we have that rarity of rarities: a wine blogger who knows how to write a footnote.

Wine Politics dates from the days when Tyler Colman–known to the wine blogosphere as Dr. Vino–was an academic political scientist teaching at NYU, before he succumbed entirely to the wiles of wine. The book is an expansion and retrofit from his dissertation in political economy at Northwestern University, and so when you encounter, in the course of a discussion about supply and demand and wine quality, references to economists Joseph Stiglitz and John Maynard Keynes, you quickly realize this isn’t Wine for Dummies.

The framework for the book is a comparison of the very different histories and trajectories of the wine industries of France and the United States, worlds apart in terms of government involvement, industry organization, and cultural context. From that foundation, Colman catalogs the myriad ways in which wine around the globe is impacted by a long list of what might seem to be outside forces–from gangsters to regulators to self-appointed wine critics–not all of them benign.

In a world of wine writing often focused obsessively on tasting notes, abstracted from the social sea on which wine in fact floats, it’s more than useful to be reminded that wine only exists within a broader reality. There are lots of moving parts, and Wine Politics touches on an impressive number of them, past and present: French appellations, American Prohibition, corporate wine philosophy, Robert Parker, Michel Rolland, a consumer in Indiana who can’t get his hands on the good stuff, enzymatic-industrial winemaking, the rise of Yellow Tail, the cachet of biodynamics, imports and exports, unlikely coalitions of crusty conservatives and radical environmentalists, and much, much more.

Readers, even knowledgeable ones, will undoubtedly find plenty in here they don’t know or only half understand–like the fact that the alcohol-phobic US government subsidizes wine exports; or that the French AOC system is essentially private, not governmental; or that the famous 1855 classification of Bordeaux growths was really a ranking of producers, not of their vineyard holdings, which have changed over the years. Dr. Vino knows his stuff–and rest assured, the writing is clean, clear and lively, not the least pedantic, and in no way requiring an advanced degree in econometrics.

The breadth of what the book covers is also its limitation. By ranging across so much, Wine Politics doesn’t deliver–and doesn’t purport to deliver–the last word on any of its many sub-topics. This is not, for instance, the definitive work on the French AOC system, which no doubt exists somewhere, in French; nor is it a full account of wine in the US, for which readers should head for Thomas Pinney’s A History of Wine in America

. The book does not offer a sustained examination of a single thread–other than the general proposition that wine gets shaped by a multitude of factors. Instead, Wine Politics raises a series of questions to contemplate, influences to keep in mind, and solid information with which to think through the maze behind that bottle you’re opening tonight.

Frustratingly at times, Colman also seems reluctant to come down hard, one way or another, on some of the controversies that flame in ongoing wine debates. He includes a sidebar explaining the concept of terroir, notes that it’s controversial, but never exactly says what he thinks it means or how valuable the notion is. There are scattered criticisms of industrial-style winemaking and nods in favor of artisan efforts, but in other places, praise for innovative producers who have found ways to make good-value wines available by making an end run around the normal three-tier distribution system–using, of course, a lot of those industrial methods that Colman knocks.

And maybe, as a garage vintner myself, I’m reading this too personally, but I’m not clear why he takes several swipes at home winemakers for somehow driving down the quality of grape growing during Prohibition–I mean, the problem was Prohibition, not the home winemakers.

To be clear: the fact that the book covers a lot of bases doesn’t mean that it’s a miscellany, just a survey. And a very good one; I’m not aware of any other single volume that pulls so many strands of research and analysis together in such a readable package. If you want to expand your understanding of what’s under the hood in the seemingly effortless, “natural” creation and enjoyment of wine, here’s where you start. 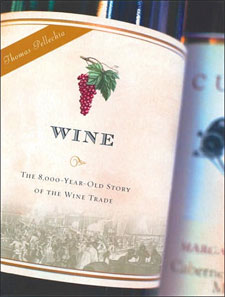 Review by Tim Patterson Unlike the fads and fancies and 15-minute trends that come with every new vintage, the history

END_OF_DOCUMENT_TOKEN_TO_BE_REPLACED 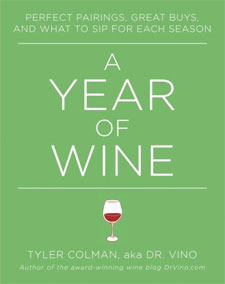 Book Review: A Year of Wine by Tyler Coleman

Review by Brooke Cheshier. When I first slipped into A Year of Wine: Perfect Pairings, Great Buys, and What to