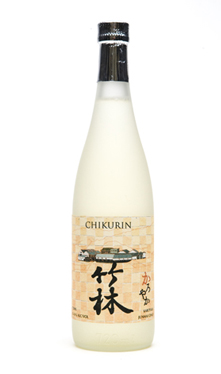 In many ways, sake production and winemaking couldn’t be more different — from the chemistry to the differences in how their industries are structured. One of the most striking differences usually stems from the role and value placed on their raw ingredients. With winemaking, much emphasis is put on the grapes and where they are grown, and wineries take many pains (and investments) to cultivate their own vineyards at the highest levels of quality they can. This, of course, gives rise to a turn of phrase that is both true and also horribly cliched at this point: our wine is made in the vineyard, not in the cellar.

Sake makers on the other hand generally emphasize the particular qualities of their spring water, and with good reason, as sake, like wine is mostly water. But where wine gets its water from grapes, sake most often gets its water from artesian wells or springs that are safely guarded on the grounds of the sake breweries.

You don’t hear sake makers bragging about their rice very often. This stems from two primary facts about sake production. Firstly, most fine sake is made from a single strain of genetically cloned rice known as Yamada Nishiki. And secondly, during the production process, a large portion of the rice kernel (and the part that most likely evidences the greatest signature of its terroir, so to speak) is polished away to the point that the remaining product is nearly pure starch.

Interest in different rice varieties, as well as a greater attention to where and how sake rice is grown continues to increase in Japan, both in terms of the marketing potential of such information, but also in the hands of dedicated small brewers who are genuinely interested in trying to make better and better sake.

Marumoto is one such brewery that has decided that it can make the best sake by controlling every aspect of production, including the growing of all its own Yamada Nishiki rice on the premises (as opposed to small grower collectives, which are another way that breweries can exert a little more control on the growing process).

The Marumoto brewery was founded on its current site in Okayama prefecture in the year 1867. It is currently run by the sixth generation of the Marumoto family, though it has come to be known by consumers more as the name of its premium sake line “Chikurin” than by the name of the family that still makes the sake.

The Chikurin line of sakes was introduced in 1990 and found rapid commercial success, thanks to the exacting quality standards that go into its production, and of course the fact that the sakes are damn tasty. The Chikurin lineup consists of three sakes Taoyaka (grace), Fukamari (depth), and this sake Karoyaka, or “lightness.”

Each is made from the estate grown rice, with the brewery’s spring water, which is well known in the region and responsible for the brewery’s original name that translates loosely as “clear water.”

Karoyaka is a Junmai Ginjo sake, which means that it is made with no added alcohol in the brewing process (Junmai) and that the rice used to make it has been polished down to at least 60% of its former mass (Ginjo). In this case, however, the brewery has chosen to polish the rice down to 50% of its former mass, making it technically qualify for Daiginjo status.

In some cases you will see the name of this sake described as “Bamboo Forest.” I’m not entirely sure why, but drinking it certainly evokes the atmosphere of a bamboo forest after a rainstorm. Such atmospheric quality is what makes sake so cool, and this one in particular so tasty.

Tasting Notes:
Colorless in the glass with just the hint of blonde highlights, this sake smells of cedar and rainwater. In the mouth it is silky and jewel-like with a beautiful weight on the tongue and primary flavors of rainwater, melon, and cedar that swirl into a long finish. The finish, (which is not often a prominent feature in sakes) possesses a beautiful sweetness to it that is ever-so-faint, like a fleeting expression on a face. Fantastic.

Food Pairing:
I drank this sake with a great meal of sushi, and recommend mostly raw fish or very delicate flavors to fully appreciate this brew.