The Canary in the California Wine Cellar? 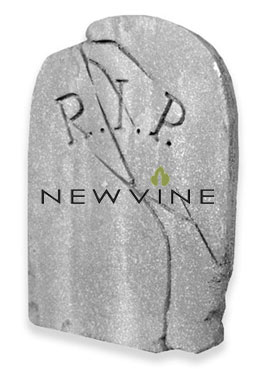 These days are filled with unexpected and disastrous business news to be sure. I’d imagine not many people were very surprised to wake up this morning to find General Motors filing for bankruptcy protection.

On the other hand, I was frankly shocked to learn today that a company named New Vine Logistics had closed its doors for lack of operating capital.

Most wine lovers would never have heard of this company, and rightly so. Their business model depended upon them being invisible to most. Yet this single company was projected to ship nearly 20% of the wine sold in California at one point. I probably receive on average about five boxes of sample wine per week that passes through their hands.

New Vine Logistics was one of several big wine fulfillment houses in Northern California that offer a key set of services to wineries big and small. They house a big chunk of wine inventory, and when people buy wine — whether in the form of a wine club, a case bought on the internet, or several cases bought through a distributor — they would package it up and send it along to the buyer. Additionally, they also assumed management of the complex quagmire of interstate shipping regulations, so that wineries could concentrate on the wine. At least in theory.

Now, I don’t know much about New Vine’s management or financials, so their untimely demise may have been more than a little of their own making, but even the most poorly managed companies can avoid collapse when customers are beating down their doors.

The demise of such a crucial player like New Vine makes me wonder just how badly the California wine industry is hurting. It puts on a good face, to be sure, but if demand is weak enough to let one of its key service suppliers go out of business, that does not bode well.

If wineries were publicly traded stocks, there would be a lot of short selling going on today.

And if I were a winery, I’d be sitting in the parking lot of New Vine with a refrigerator truck tomorrow morning, ready to take my wine back before it became part of some bankruptcy settlement.