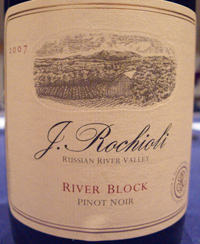 It took me a long time in my evolution as a wine lover to truly understand the amount of money and sweat and energy that goes into building a world class winery over decades, even centuries.

Many wine lovers early in their education (and in their earning power) are often flummoxed by prices for wines that start to head north of $80 or $90 per bottle. Should they pursue their love of wine long enough to really learn (and see for themselves) what kind of work goes into some of the world’s best vineyards, and to taste the wine that they produce, such prices no longer seem outrageous.

Indeed, there are some wineries and vineyards in the world that seem to produce wines of such quality and consistency as to be nearly magical. In Europe, and especially France, such pieces of land are often given special designations, such as Grand Cru, to signify their quality.

There are very few plots of land in California that might be accorded Grand Cru status, should Americans decide to institute some method of classifying vineyards for quality, if only because many of California’s vineyards are so relatively new. There are some very few, however, that have definitively proven their distinctiveness and quality over several decades.

Since the early part of the 20th century, the 162 acres of flats and sloping hillsides that run down towards this particular bend in the river have been farmed by someone with the last name Rochioli. After working the land for decades, Joe Rochioli, Sr., began buying up the land, bit by bit. By the 1950’s, he had been joined by his son Joe Rochioli, Jr. and together they spent several decades growing grapes that were sold to wineries throughout Sonoma County.

It wasn’t until the early Seventies, however, that the farm produced Pinot Noir. Like many long-running family winegrowers, however, eventually the hankering to make their own wine started to germinate, and in 1976 Joe Jr. made a bunch of Pinot Noir at one of his customers’ wineries.

By the early Eighties, the Russian River Valley had clearly proven its potential for growing Burgundian varietals, and Pinot Noir in particular, and the Rochioli’s saw a gradual increase in the demand for their fruit. One small winery named Williams Selyem became a particularly good customer, and the single vineyard wines they made from Rochioli fruit rapidly made their fortunes and brought Rochioli to national and international attention.

Around this time, Joe Jr.’s son Tom had grown dissatisfied with his business career and decided to return to the family business. Capitalizing on the rapidly increasing demand for the family’s fruit, Tom helped transform the Rochioli ranch from a farm to a full working winery. With the help of another of their customers, Gary Farrell, the family produced its first vintage under the Rochioli brand in 1982, a 150 case production of Pinot Noir from a vineyard plot known as the West Block.

Within a few years, Tom had taken over as winemaker, a position which he continues to hold today, even as his father Joe Jr. continues to direct the management of the family’s vineyards.

Tom Rochioli’s winemaking style, as well as his entire family’s philosophy of wine production are based in the traditions of Burgundy, and in particular the Cote d’Or. Exacting quality standards, clonal diversity, and vineyard management techniques produce top quality fruit, which is then babied through a traditional hands-off winemaking process that attempts to manipulate the wine as little as possible through its lifecycle.

More so than almost any other Pinot Noir in California, Rochioli wines are built to age, and do so beautifully. I have had the pleasure of drinking bottles dating back to 1990 in the past few years, and they are holding up magnificently. Whether they have the 50+ year longevity of old world Burgundy, only time will tell, but if any Pinot Noir America will likely age in that fashion, it will most certainly be Rochioli.

Whenever possible I avoid favoritism, as I believe my life and the lives of my readers benefit from a diverse exploration and recommendation of wines. However, when it comes right down to it, there are few wines in California wine that I care for more than Rochioli’s block designated Pinot Noirs, especially when they are properly aged for a decade or two.

Tasting Notes:
Medium ruby in color, this wine has a bright, bold nose of cranberry and spice aromas that you can smell long before your nose is in the glass. On the palate the wine has a gorgeous glassy silk texture that conveys an impression of coolness, while all but bursting with bright, juicy raspberry fruit and a deep complexion of mulling spices and fresh herbs that linger in a very long finish. Incredibly well balanced and poised, this wine has fantastic acidity that makes it a joy to drink now and a sure bet for a couple decades of aging.

Food Pairing:
I’d love to drink this wine with a crostata of goat cheese and sauteed chanterelle mushrooms with fresh thyme.