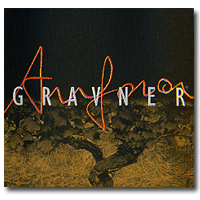 When it comes to winemaking there’s New World, and there’s Old World. There’s new school, and of course, there’s old school. And then there are a select few people and wines who make the old school winemakers look like young tykes with newfangled toys.

In a world where “traditional” or “natural” winemaking has now become a self imposed designation of the most extreme proponents of biodynamic and non-interventionalist winemaking, Josko Gravner puts them all to shame. These people proclaim how in touch they are with the “traditional” methods of winemaking, but they’re still using what Gravner would call modern technology: wooden barrels. The iconoclastic Gravner eschews wines in wood, in favor of the original stuff: wines aged in huge clay amphorae sealed with beeswax and buried in the ground.

Gravner, a small winery near Oslavia in Northern Italy’s Fruili Venezia Giulia region. It is run by the occasionally enigmatic and always driven Josko Gravner, who has been making wines in the same spot for more than thirty years.

While Gravner may have stuck to his beloved Fruili region for this long, he has not been making wine the same way for all that time. Indeed, at one time he was a celebrated “modernist” who brought new French Oak barrels into a region whose white wines were always made in steel. But in what can only be described as an inspired drive to explore all the possibilities for making the best wines he possibly could, he eventually started using a combination of old oak barrels and terra cotta amphorae, a winemaking vessel that was believed to be pioneered by the Georgians between four and five thousand years prior.

The Gravner estate sits on about 45 acres of land straddling the Italy Slovenia border, and grows Ribolla, Riesling Italico, Chardonnay, Pinot Grigio, Pignolo, Sauvignon Blanc, Cabernet Sauvignon and Merlot. Ribolla and Pignolo stand out of that list as varietals that most Americans, indeed, most people in general have never heard of. Ribolla Gialla, as this green skinned white varietal is also known, is grown only in this region of Italy (even rarely at that) and is mentioned in municipal documents from the area dating back to before the 13th century. Pignolo is also a native variety to the region, which was cultivated by the local monasteries in the region starting in the 17th century.

Since the 2001 vintage, Gravner has decided to make his wines exclusively in amphorae, leaving oak behind, just as he left industrial yeasts, sulfur, and even temperature controlled fermentation behind years before. Of all the winemakers I have ever heard of, Gravner seems to have one of the likeliest claims on the label “non-interventionalist” but he will shrug off such a label if he hears it, insisting that all winemaking is intervention in a natural process that leads to vinegar. Gravner has deliberately not adopted the principles of organic or biodynamic winemaking, instead opting to just do things “his way.”

If his way produces wine like this, then I’m more than content to sit back and let him work. This is his first vintage of Ribolla made entirely in amphorae, and tasting the way it does, it’s not hard to understand why Gravner has given up wood entirely. Gravner’s formula for this wine involves an incredible amount of extended skin contact, sometimes more than six months, which produces the incredibly gorgeous and distinctive orange color of this wine, not to mention its heady aromatics and tannic structure.

I’ve been tasting Gravner wines for two or three years, and have had wines dating back to 1991. I have come to appreciate them as literally some of the best wines made on the planet, and unfortunately, so have some other people, resulting in rapidly climbing prices for these wines. What you used to be able to get for $40 you will now pay $90 for. Even at these dramatically higher prices, there’s no doubt in my mind that these wines are worth it.

Tasting Notes:
A distinct and vibrant medium orange color in the glass, this wine smells of something otherworldly — a concoction of roasted nuts, bee pollen, orange blossom honey, and an elusive floral aroma. In the mouth the wine is unusually silky, without being heavy on the tongue. Awash with a myriad of flavors ranging from wet dirt to orange creamsicle, tangerine zest, and pine sap, this wine is a technicolor dreamcoat of flavors that all but forces a smile. Despite being made from white grapes, the wine has a distinct, light tannic structure that gives it a muscular quality. Excellent acidity and a minutes-long finish seal the bargain. Outstanding.

Food Pairing:
Because of the tannic structure of this wine, it will actually pair well with meats, and the acidity means it’s delightful for lighter dishes as well. In my experience it does exceptionally well with anything that has a little bit of a salty tang to it. Wood grilled sardines anyone?

This wine can be purchased on the Internet.