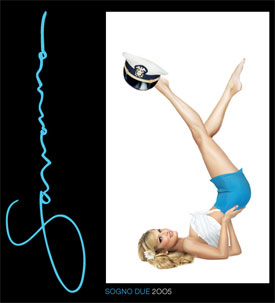 Despite all kinds of advice to the contrary, we continue to judge our books by the cover and our wines by the label. As humans we find it quite hard to turn off the part of our brains that rushes to judgment based on the surface of things.

Presumably our lightning-quick opinions were advantageous to us at some point in evolutionary history, to the point that our first impressions are often so powerful we can’t move past them. From racial stereotypes to celebrity obsession, we’re often captives to our own psychology, whether we like it or not.

So tell me, what comes to mind when you hear the phrase “celebrity wine”? My head immediately reconfigures into a mode of skepticism. I’d like to think this is because I’ve actually had a number of wines that bear the names (or the backing) of a number of Hollywood movie stars, musical icons, and sports legends, and on the whole I haven’t been impressed. But I’m sure not all that skepticism is borne out of true reflection. Much of it probably lives in the same zone of my brain as the disdain I carry for the latest commercial antics of any number of stars who attach their name to something as a means of brand extension and bankruptcy prevention.

Savanna Samson is the adult film persona of Natalie Ontiveros, who grew up in Rochester, New York, in a family of five sisters with Italian roots. Her career in the adult world started as dancer at the Scores gentlemen’s club in New York, where she was “discovered” by Howard Stern.

Perhaps most famous as the partner and winemaker of the superstar La Fiorita estate in Montalcino that rocketed to prominence in the late 90’s, Roberto Cipresso first made a name for himself making Brunello wines for the likes of Poggio Antico and Ciacci Piccolomini. Since then he has made wine in most of Italy’s major wine regions including Veneto, Friuli, Piemonte, Toscana, Marche, Sicilia and Sardinia as well as further abroad in places like Croatia, Spain and Argentina.

Around about the time that Samson encountered him, Cipresso had been laying the groundwork for a commercial venture for making private label wine for various customers using the vast network of growers he had come to know over the course of his career. The enterprising winemaker already made private label wine for the Vatican, so when Samson asked about getting her own wine, apparently it was an easy decision — no irony involved.

The two began with a red, named “Sogno Uno” or “Dream #1” which was a blend of several red grapes, made to Savanna’s taste (rather than to any specific regional regulations). After a surprising commercial success, partially fueled by a 90-91 rating from Robert Parker, the two released the first vintage of this wine, Sogno Due. More wines are in the works.

Sogno Due is 100% Falanghina grown near Capri in Italy’s Campania wine region. Falanghina is one of Italy’s ancient indigenous grape varieties, and possibly one of its most storied, as it is believed to possibly have been used to make Falernian, a world famous wine popular in Roman times. Today Falanghina is being used to produce very tasty aromatic white wines like this one.

This wine is made from vines that average between 70 and 80 years of age. It is carefully fermented at low temperatures in steel, and I do not believe it sees any oak before bottling. 400 cases were made.

Tasting Notes:
Pale gold in the glass, with a bright mineral nose of Asian pears and wet stones, this wine tastes of raw quince, old paper, and the soft tones of vanilla. Smooth and silky on the palate, with a lightly smoky incense quality on the finish, this is a classic southern Italian white wine, delicious in its simplicity.

Food Pairing:
Properly chilled, this wine would be a lovely accompaniment to various antipasti or fritto misto.

This wine can be purchased on the Internet.