Book Review: The Psychology of Wine by Evan and Brian Mitchell 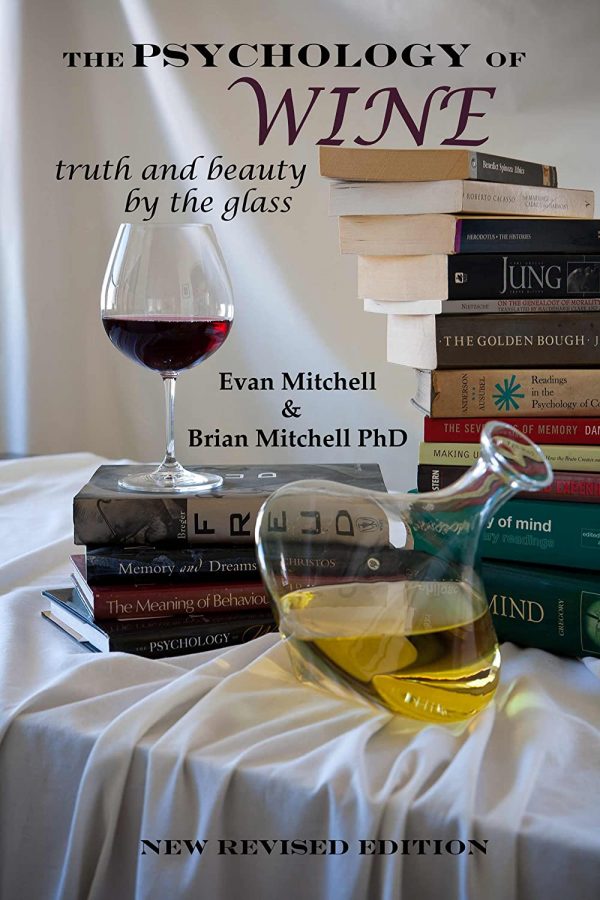 I hate this book.

I hate this book primarily because its title is misleading. Though one of the authors was once a psychologist, there’s very little psychology here.

If it were titled, “Logorrheic Lit Major/Sommelier Muses On Wine And Literature,” that would at least be truth in advertising. Psychology is a science; this book has no charts and graphs, but it does have 298 footnotes, most of them to books of fiction or literary analysis.

Even if it were better titled, I would still hate this book, because I hate the writing style. The Australian authors, son-and-father team Evan Mitchell (lit major turned sommelier, and apparently principal writer) & Brian Mitchell (former psychologist, now a management consultant), never use a single phrase when a paragraph or two could do. And they never miss a chance to cite Plato or Lewis Carroll or other noted authorities on winemaking and psychology.

Wow, boys, you read a lot. Good for you!

Then there are the personal sections. This is from page 38, at least 20 pages after I began wondering if these guys would put any psychology into The Psychology of Wine:

“Dinner in New York, with an old friend from Sydney I hadn’t seen for years. Not really an old flame, since any combustion had been wholly one-sided. She’d moved there at the time I’d been carrying an entirely unrequited torch for her. A kiss hello at the bar, just the slightest brushing of lips, still enabling me to taste cherry with an intriguing bitter note. Put me in mind of a pinot. (She liked pinot. I knew that from our very first lunch, an excellent Mount Mary wine, which had echoed the shade but not the flavor of that day’s lipstick.) I ordered a damn fine Rully (at a damn fine price.)

Two days later, in the cab to JFK Airport, her face in the dinner candlelight came to mind. A mind’s-eye portrait. I didn’t wonder what she was doing at that moment, since I believed I knew. She was at the Museum of Modern Art (MOMA), at the Picasso portrait exhibition. I’d given her a spare ticket (they came as part of a deal I’d had with my hotel). Picasso painted the women he loved through his life — and clearly continued to paint them when love was well on the wane. You could chart the disintegration of yet another marriage by each wife’s representation turning more sinister and insectile.”

I’m going to skip the next 3 1/2 paragraphs, in which we learn the authors have seen the sculpture of Alberto Giacometti and the films “Dead Ringers” and “Brideshead Revisited.”

“… And thought too that I wished I wasn’t leaving in two days. A phrase from an early Ian McEwan short story voiced in my mind — ‘Overwhelmed with nostalgia for a country I had not yet left.’

I don’t know if my friend’s expression, as we parted from each other, was knowing or teasing. I could still taste the wine on my tongue. So, I knew, could she. I stood there unable to move forward towards her. My hesitancy made this pause seem interminable, I couldn’t collect my thoughts, further distracted by another phrase from another McEwan story — ‘in the pallor of her upturned throat he thought he saw from one bright morning in his childhood a field of dazzling white snow which he, a small boy of eight, had not dared scar with footprints.’

I recalled that our very first lunch had ended very much the same way, with my timidity and vacillating intent.”

I’ll stop there because I can’t stand typing this blather anymore.

Words of advice to lit majors everywhere: encyclopedic knowledge of Ian McEwan’s short stories is not especially sexy, even to Ian McEwan. And event tickets you’re not using aren’t the world’s greatest gift; believe it or not, the recipient might not use them either.

I suffered through the whole book like this, wanting to talk back to it. There is just so much pretentious crap here that has nothing to do with wine and everything to do with ego.

Another example: I just flipped to a page at random and here’s what I found:

“And to return a moment to Flaubert — his protestation is, such is his genius, really the greatest proof against itself. The ultimate perfectionist of language, his own words don’t lumber ridiculously as his so-rich image would have it, but do indeed soar to the heights of revelation.”

Bully for Flaubert! But what does it have to do with wine? Or psychology?

And would it be too much trouble to take pity on readers occasionally with a sentence like this one: “Flaubert was a genius: a revelatory writer and a perfectionist of language”? It still isn’t relevant, but at least it isn’t fluffed up with useless verbiage like an undergrad paper with a minimum word requirement.

What really ticks me off about this overwrought, anti-scientific book is that I’m fascinated by the psychology of wine.

Example: Often I’ll bring a mediocre bottle of wine to a party and let everyone taste it. Then, when they’ve finished knocking it, I’ll tell them it cost $75. I don’t have to lie, because I get plenty of mediocre $75 wines. Most people will taste it again and reappraise it upward. To me, that’s interesting (and a pretty good use of $75 wines I know to be mediocre.)

I’d like to see a scientific analysis of the phenomenon — you know, controlled experiments, quantifiable results. But without a McEwan or Flaubert reference, it would never interest the authors of this book.

The problem is that because this ego trip has taken the most straightforward title, “The Psychology of Wine,” it will be hard for any real psychologists to publish a real book on the topic. So I’m back where I started: I hate this book.

I’m reminded of a section of a video of a speech by Derrida ….

Evan Mitchell & Brian Mitchell, The Psychology of Wine: Truth and Beauty by the Glass, Praeger, 2009, $33.67 (hardcover)

W. Blake Gray lives in a glass house, as he has just published his own book about wine, “California Winetopia.” His cockiness in hurling this stone of a review may be because it’s in Japanese language only. But one may strike back with McEwan and Flaubert references on his blog, wblakegray.blogspot.com. 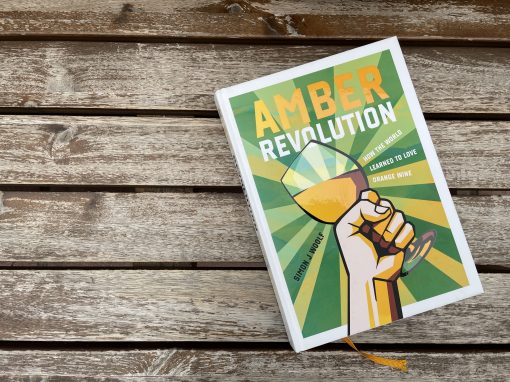 I’m slightly hazy (unfiltered, perhaps?) on the precise date I first enjoyed an orange wine. I’m guessing it was around

END_OF_DOCUMENT_TOKEN_TO_BE_REPLACED 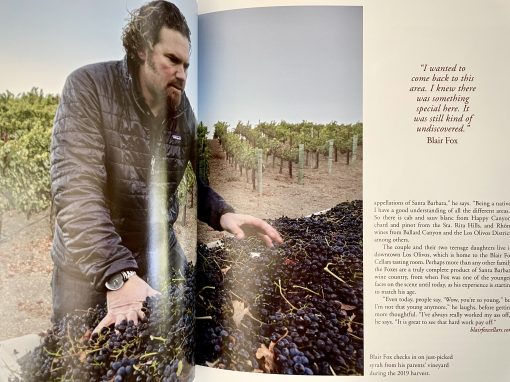 How do you capture the spirit of an entire wine region? This isn’t just an academic question, it’s something that