How to Kill a Wine Brand 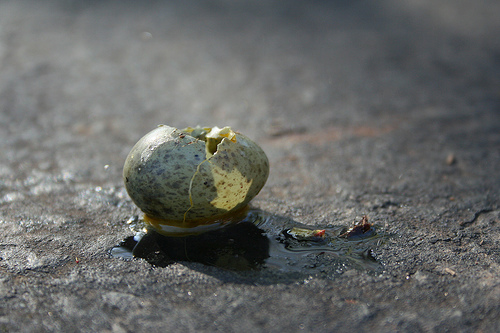 In my other life, the one I lead in the business world, I’ve been involved with or close to the acquisition of several services companies by a larger one. And I have to say, they have always been a bit of a train wreck. Such mergers, acquisitions, or significant ownership stakes always look great on paper, but invariably, when it comes to the real world, rubber meets the road stuff of integration, more often than not, it’s a disaster.

These disasters seem to arise from one of two main areas: cultural conflicts between the two companies, and/or differing priorities on how to run the business between the old ownership and the new. Quite often it’s both.

The first two bits of news were the acquisition of Kosta Browne winery for what seems like staggeringly high figure of $40 million, and the separate acquisition of the Betts and Scholl wine brand for $3 million. Both events, of course, are wonderful validations of the hard work that the owners put into their brands, and their talents as producers. But they also prompt the question, what happens now?

For some owners, the answer to that question might be academic. If the sale is an exit strategy that pays off a lot of hard work, the event might be accompanied by a sigh of relief and an extended vacation. But there are lots of reasons for the sale of a business, and not all of them involve an easy exit (physically or mentally) for the founders or current owners.

In some cases, the terms of the sale involve the owners staying on for a while, or even permanently. Which brings me to the third bit of news. Havens Winery was purchased in 2006 and at first its owner and founder Michael Havens was slated to stay on and continue doing what he had always done. But 18 months later Havens made his exit citing what might be charitably described as “differences of opinion” with the new ownership.

And then earlier this week, the owners, Billington Imports, “all but pulled the plug” on Havens winery according to a story in Wine Industry Insight. This announcement comes after the financially troubled firm purportedly missed lease payments and permit payments earlier in the summer.

This is all quite a shame. Havens was a unique, solid producer of good wines. Billington owns several other wine brands, most notably Chasseur. Certainly the current state of the economy has played a role in the unfortunate end of this wine brand, but something else is at work here too, which I suspect resembles the phenomena that I’ve observed outside the wine industry.

It’s a serious bummer to see what has happened to Havens, and I hope that things go much better for Betts and Scholl and Kosta Browne. Certainly there must be examples of winery acquisitions that produce triumphs rather than tragedies. But like the nightly news, we tend to hear more about, and dwell on the unfortunates.

I’d like to know what you think, especially you readers who are in the business. A note, however, before you post comments. I gather that there are probably a lot of bad feelings associated with the Havens shutdown, so if you’re an interested (or even just opinionated) party, please no mudslinging.