Just Where Is That Winery, Exactly? 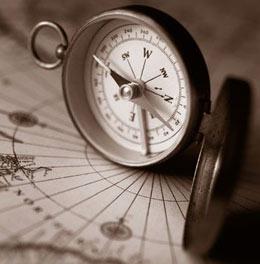 I’m in the middle of a book project. I’ve agreed to write a chapter in a big wine book that will cover all the major wine regions of the world and the top producers in each region. My area of responsibility will be Sonoma and Marin counties, which the book is combining into a single section. I’m enjoying the process of thoroughly combing through the region’s wineries to select the several hundred that I get to highlight in the book, but in the process I’m running up against a conundrum.

My charter is quite simple: list a bunch of Sonoma and Marin wineries. But the difference between the theory of that charter and the practice of actually selecting the wineries is proving quite difficult, because the definition of what is a winery these days isn’t so clear. For starters, not all wineries have wineries. These days there are plenty that are just labels without buildings, or often, even without vineyards. But that’s just the start of my problems.

Let me give you a couple of examples of some producers that have caused me to scratch my head a little:

A producer based in Napa with their own winery facility that makes only wines from Sonoma County.

A producer based in Marin with their own winery that does not make any wines from grapes grown in Marin county.

A producer that makes wines only from contracts with several Sonoma County vineyards, has offices in Sonoma County, but uses a custom crush facility in Napa.

A producer that owns a vineyard in Sonoma, has a winemaking facility in Sonoma, but their tasting room is in another county.

A producer that makes mostly Sonoma county wines, but also has a Napa Cabernet in the portfolio. All the grapes are grown on contract, the wine is made in a custom crush facility in Sonoma county, but the winery’s official address is in Napa.

Which of these is actually a “Sonoma winery” or a “Marin winery?” It would be easy if there were some sort of clear cut legal definition like the address on the winery’s bond issued by the government, but that really doesn’t make sense in a lot of cases, as that address is pretty arbitrary and often has nothing to do with the winery’s real operation.

To add an extra layer of complexity, one of the implicit purposes in making this atlas of wineries is the idea that it can be used by consumers who want to go visit these wineries. It’s not a guidebook, of course, but there will be maps and the wineries will be plotted on the map. So where the heck do you put some of these wineries in a way that is most useful to consumers? In some cases you’d point the consumer to the vineyard, where they might meet the owner and taste wine in their kitchen. In some cases you’d point the consumer to a tasting room which may or may not be anywhere near where the grapes are grown or where the wine gets made. In some cases there may not be anywhere to point the consumer, just a warehouse in some industrial park that will carry the name of many producers because they all make wine there. Better that, I suppose than some little business office or P.O. box in the middle of nowhere, right?

After a couple glasses of wine, I’m less frustrated, and contemplating thoughts like “the damn grapes know where they’re from. Who gives a shit about anything else?” But that’s not exactly going to make the publisher very happy.

Maybe I should have volunteered to write the chapter on Macedonian wineries. I’ll bet they’re much less difficult to pin down.