Are You an Imbibing Idiot? 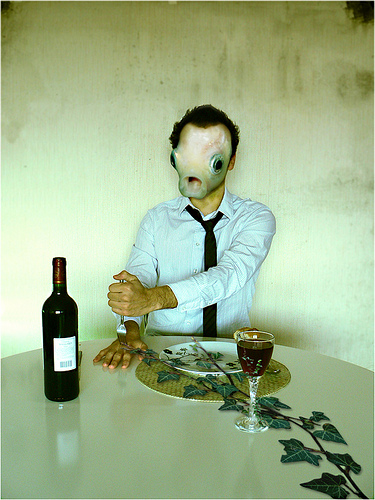 Or more accurately, ordering a glass of wine while you’re in the middle of a job interview (and you happen to be in a restaurant or bar, that is) will cause most people to unconsciously think you’re dumber than you are.

Nevermind that drinking while in the process of being interviewed for a job IS particularly stupid, perhaps with the only exception being that refusing an offered glass of wine would entail a social faux pas.

These researchers showed videos of potential job applicants in restaurant based-interviews to a group of managers, and asked them to rate the intelligence of the applicant based on whether they ordered a coke or “the house Merlot.”

The applicants got the lower scores for their intelligence when they ordered the wine, and the lowest score when they ordered wine after the interviewer ordered a Coke, leading the researchers to coin the term “imbibing idiot bias” to describe the effect.

The real question raised here, which was not answered by the researchers, is quite serious, however. Do we all look dumber with a glass of wine in our hands, or just when it happens to be Merlot?