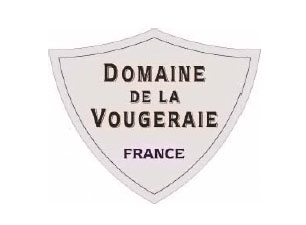 The village of Premeaux-Prissey is hardly more than a blip on the N74 as you head north towards Nuits-St-George. Blink and you’ll miss it, along with the small sign that points you down the church lane to one of Burgundy’s more remarkable domaines.

Many domaines in Burgundy have existed under the same name for centuries, passed down through generations that have grown up living and farming in the same spot, each new generation working in the family’s vineyard, which, on occasion, is right behind the house.

Domaine de la Vougeraie is both the same and very different from these traditional domaines. It represents a family legacy, but one that is only in its second generation as vignerons. And rather than a set of vineyards handed down through the generations from father to son, Vougeraie is instead a collection of remarkable vineyard plots acquired through two generations of strategic acquisition by its owners, the Boisset Family.

The third largest wine conglomerate in France, and the largest single producer in Burgundy, the Boisset Family has risen meteorically from rather humble beginnings in 1961, when an enterprising, 18-year-old Jean-Claude Boisset founded a negociant business in Nuits-St.-George. Three years later he purchased his first vines, and five years after that, he and his wife gave birth to their son Jean-Charles who, along with his sister Nathalie, currently runs the family’s extensive empire.

In the course of Jean-Charles Boisset’s lifetime, the Boisset Family has acquired dozens of domaines and probably hundreds of vineyard plots in Burgundy ranging from wide swaths of little known vineyards for Cremant de Bourgogne sparkling wine production, to some of the best known and most coveted vineyard sites in the region.

In 1999, Jean-Charles and his sister took stock of the family’s holdings in Burgundy and found 86.4 acres across 28 different appellations that represented the highest level of quality available, and then they took the bold step of uniting all of these vineyards under a single new domaine which they called Vougeraie. Conceived with the singular goal of doing justice to the incredible pieces of land that the family has managed to purchase over the past fifty years, Domaine de la Vougeraie has been purpose-built in every aspect to be one of Burgundy’s finest.

As soon as the idea for the domaine solidified, the family began to transition all the vineyards to organic and biodynamic viticulture, and now, after ten years, Domaine de la Vougeraie is the largest organic (Agriculture Biologique) and biodynamic producer in the Cote d’Or, and all of its vineyards are farmed biodynamically.

Winemaking at the domaine is handled by the young Pierre Vincent, who recently took over from Pascal Marchand, a well known proponent of biodynamic winegrowing in Burgundy. When I was visiting the estate, everyone (much to Vincent’s embarrassment) was making much of his recent award as Red Winemaker of the Year at the International Wine Challenge.

Vincent was much more interested in showing off the vertical basket press that was recently installed in the spotless winery, and taking us through some barrels from the 2009 and 2010 vintage. The winemaking is done with the care and manual labor that you would expect from a biodynamically run winery, from extensive sorting to the long patient fermentations with ambient yeasts and multiple rackings according to the phases of the moon to clarify the wine.

The flagship wines of the domaine are, of course, from Clos Vougeot, the famous walled vineyard founded in the 12th Century by Cistercian monks from the Citeaux Abbey. Domaine de la Vougeraie happens to own a small neighboring vineyard planted by those same monks to Chardonnay, and so along with a red from Clos Vougeot, Vougeraie also makes a small quantity of white wine from this tiny parcel known as Les Clos Blanc de Vougeot.

The vast resources at the Boisset family’s disposal have allowed it to not only avoid cutting any corners in the production of truly great wines, but to also to pursue flights of fancy that add a special touch to some of their wines. Both of the Vougeot wines are now aged in oak barrels specially made from oak procured from the modern-day Cistercian holdings in the Citaux forest, adding a further layer of meaning to wines already deeply laden with history and tradition.

While the Vincent is in the cellar, Jean-Charles Boisset manages the business side of things, while his sister Nathalie handles PR and marketing, along with a competent team of employees to help.

There are very few wineries in all of Burgundy with such an enviable portfolio of vineyards. Domaine de la Vougeraie, young as it is, seems already to be making the most of its precious holdings, and creating the kinds of wines that these terroirs were meant to produce: truly exceptional. I highly recommend them.

2006 Domaine Vougeraie Clos du Prieuré Blanc, Vougeot, Cote de Nuits
Light gold in the glass, this wine smells of cold cream and lemon blossoms, in the mouth the wine is broad and silky on the tongue with flavors of lemon pastry cream, wet stone, and cold cream. Floral notes emerge on the long finish. Monopole vineyard. Score: between 9 and 9.5.

2007 Domaine Vougeraie Clos Vougeot Blanc 1er Cru, Cote de Nuits
Light gold in the glass, this wine has a bright and intense nose of lemon and what I might loosely describe as electric floral sea air. In the mouth the wine offers notes of lemon curd, wet stones, and a saline savoriness that pirouettes with the bright citrus quality of the wine through a long finish. Perfectly balanced, great acidity. Utterly fantastic. A very rare wine, in that there is little of it made from the only parcel of Clos Vougeot planted to Chardonnay. It is also a Monopole. Score: around 9.5. Cost: $65. Click to buy.

2006 Domaine Vougeraie Clos du Prieuré Rouge, Vougeot, Cote de Nuits
Light to med garnet in the glass, this wine smells of bright raspberry and forest floor aromas. In the mouth the wine has a preternatural brightness and a wonderful velvety texture thanks to the tannins. Flavors of raspberry, forest floor, and wet stones gradually shift towards cherry as the wine finishes long and lovely. Excellent balance. Monopole vineyard. Score: between 9 and 9.5. Cost: $69. Click to buy.

2007 Domaine Vougeraie “Les Petite Noizons” Pommard, Cote de Beaune
Light to medium garnet in the glass, this wine smells of pure raspberry and cherry fruit. In the mouth the wine is sexy as hell, with velvety tannins that wrap around flavors of cherry and wet forest floor. Cedar notes emerge in the long finish. Excellent. Score: between 9 and 9.5. Click to buy.

2009 Domaine Vougeraie “Les Petite Noizons” Pommard, Cote de Beaune
Medium garnet in the glass, this wine has a nose of wet stone, raspberry and black cherry fruit aromas. In the mouth suede-like tannins grasp lightly at raspberry briar and wet earth flavors that have an elegant, even crystalline, quality to them, thanks to excellent acidity. The wine conveys a beautiful sense of delicacy and finesse. Score: between 9 and 9.5

2007 Domaine Vougeraie “Les Evocelles” Gevrey Chambertin, Cote de Nuits
Medium garnet in the glass this wine has an incredible nose that is perfumed with floral and raspberry aromas. If you weren’t paying attention before you put your nose in the glass, now you’re rapt. In the mouth the wine can’t be described as anything other than devastatingly sexy, with a Sophie-Marceau-in-satin texture. Seamless, pure raspberry fruit and floral notes mix with velvety, ethereal tannins and soar through a finish tinged with forest floor aromas. Perfectly balanced. Score: around 9.5. Click to buy.

2009 Domaine Vougeraie “Les Evocelles” Gevrey Chambertin, Cote de Nuits
Light garnet in the glass, this wine has a fantastic nose of otherworldly floral, raspberry and mineral aromas. In the mouth, the wine is unbelievably silky, and simultaneously conveys incredible power but poised elegance. The flavors, which materialize in a coursing electric presence include raspberries, floral notes of lilac, and deep pungent wet dirt. Impeccably balanced and gorgeous. Score: around 9.5.

2009 Domaine Vougeraie “Bel Air” Gevrey-Chambertin 1er Cru, Cote de Nuits
Light garnet in the glass, this wine offers a nose of crystalline floral, raspberry, and mineral aromas. In the mouth the wine manages to convey an intense creaminess, both because of its silky texture, but also something else that is hard to pin down. Bright raspberry and wet stone flavors are caressed by fine grained tannins and as the wine finishes long and lean a wet slate note emerges. Distinctive and compelling and fantastically delicious. Score: around 9.5

2006 Domaine Vougeraie “Les Mazoyeres” Charmes-Chambertin Grand Cru, Cote de Nuits
Medium garnet in the glass, this wine has a heavenly nose of freshly made caramel, perfectly ripe cherries, and just-picked raspberries. In the mouth, the wine is liquid sex. I dare anyone to drink this wine without a smile and a little shudder of delight as the plush, velvety tannins caress crystalline flavors of raspberry and cherry. A remarkable handful of green herbs makes a showing in the long finish. A total knockout. Score: between 9.5 and 10. Cost: $90. Click to buy.

2006 Domaine Vougeraie Clos Vougeot Grand Cru, Cote de Nuits
Medium garnet in the glass, this wine has a nose of delicious smoked meat, fresh cedar, and cocoa powder aromas that you might just be content to smell all night long. That is, if you didn’t know they held the promise of something just as tasty for you to drink. In the mouth the wine has a wonderful texture, silk plus the soft suede of its tannins. The flavor profile is a stunning melange of raspberry, cedar, mint, blueberry and wet stones. The flavors shift and shimmer, like a technicolor dream coat on the palate, and then as the wine finishes for minutes, cedar and wet dirt become the final trailing notes. Perfect balanced and wonderful acidity. A stunning wine. Score: around 9.5. Cost: $100. Click to buy.