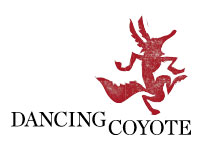 I try to taste widely. I’m always excited when I come across wines from regions that I haven’t heard of before, especially when those regions are in my back yard.

It’s been a few years since I first spotted the region “Clarksburg” on a California wine, but that first experience with a Grenache Blanc from the region made me sit up and pay attention. Since then I’ve been pleased to gradually see more wines appearing from the region.

The Clarksburg AVA (American Viticultural Area) has been called California’s “secret appellation” because so few have heard of it, yet its grapes appear in many wines that bear the names of other AVAs on their labels. More than 90% of the roughly 50,000 tons of grapes grown in the 9,000 or so acres of vineyards in this AVA are turned into wine in some other AVA.

Roughly sixteen miles long by eight miles wide, Clarksburg sits in the low-lying land of the upper Sacramento delta, just south of Sacramento at the intersection of Sacramento, Yolo, and Solano counties. Despite being relatively far inland, and close to the very warm climes of Sacramento, Clarksburg still manages to benefit from the capillary action of the Delta, which channels cool air inland from the ocean. The hottest days are mitigated by these breezes, and cooler evenings provide a wider range of temperatures (that grapes like) than are possible just a few miles to the east.

The soils in Clarksburg are relatively rich and fertile compared to many other AVAs, which means that it’s fairly easy to produce large quantities of mediocre grapes, unless you’re careful. But there are an increasing number of serious winegrowers and wineries in the region, which was first planted in 1968 by William Bogle, whose eponymous winery still operates there.

But let’s get back to this wine, shall we?

Needless to say I was excited when a bunch of Clarksburg wines showed up at my door from Dancing Coyote winery. Dancing Coyote is a medium-sized outfit that makes about 10,000 cases of wine a year, and was spun off from the McCormack Williamson winery, owned by Celia McCormack, whose current day job is Chairman of the Bank of Rio Vista, but whose family has apparently been farming in the region for more than five generations.

Winemaking is done by the McCormack Williamson winemaker Chad Joseph, who oversees the dozen or so wines the label produces in their 19th century granary-turned winery in the town of Acampo.

This particular wine comes from grapes grown in the sandy clay soil of the region. After hand picking, the grapes were pressed from whole clusters into steel tanks for fermentation at low temperatures. Roughly 225 cases were made.

I tasted through a good portion of the Dancing Coyote lineup, and this was my favorite wine, and a great reminder of the potential of this little AVA about which few are aware.

Tasting Notes:
Palest gold in the glass, this wine has a wonderfully perfumed nose that smells of fresh pink rose petals. In the mouth the wine is lightly sweet, with rosewater and orange blossom flavors that dance lightly on the palate. Charming, varietally correct, and very pretty, this is a wine that you could easily drink a whole bottle of, chilled on a hot day. Damn tasty and a guaranteed crowd pleaser, especially among those who won’t turn up their noses at a little residual sugar. 13% alcohol. At $11 a bottle, it’s a phenomenal value.

Food Pairing:
This wine would do very well with some mild cheeses or salad.