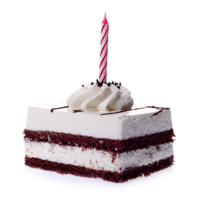 There’s some sort of reality distortion in our brains that keeps us from being able to observe our own aging process. It happens so slowly and so gradually, and in our heads we’re always the same person, so the passage of time seems surreal.

That’s a little how I feel as Vinography turns seven years old this weekend. I can hardly believe that I’ve been doing this wine writing thing for that long. It’s a little strange.

I remember when the idea of starting Vinography first occurred to me, as a way of both digitizing my somewhat obsessive note taking habit, as well as giving my friends someplace to go to answer their increasingly frequent requests for wine advice.

At the time, I typed the phrase “wine blog” into google, and I looked through every single search result (a process, if you can believe it, that only took about an hour). I searched on blogspot and every other hosted blogging platform available to the public, and I could only find a single wine blog that had ever been created. That particular blog had been started in August of 2003 and was abandoned after about six or seven posts.

So, without much precedent (of course, the term blog has now been retroactively applied to most any web site that included serialized postings, which means that there were, in fact folks doing the “blogging” thing about wine, most notably Joe Dressner and Jack Keller) I dove in.

The first thing I had to do was come up with a title for the darn thing, and being trained as a photographer, I was familiar with the etymology of the word photography, and decided that the term vinography might suit. I typed that into Google and got literally zero results. Wish I had taken a screen shot of that one.

I installed Movable Type, chose the default template, and I was off and running in my own little universe that I called wine blogging — the first day, as they say, of the rest of my life.

There are still a few of you readers around who showed up in those first few months that I was figuring out just how much I loved expressing my passion for wine through my writing here. Thank you so much for spending a little bit of your time reading what I have to say.

And for the rest of you who have come along in the intervening seven years (or in the last ten minutes) thank you, too, for your interest and your participation in the conversations I start here.

You folks who read, and especially those of you who take the time to comment, are a big part of why I keep doing this day after day.

Now if you’ll excuse me, I’m off to pop a cork or two.

P.S. If you haven’t yet taken my reader survey, I encourage you to do so, even if you don’t want to win the tickets to the ZAP Zinfandel Tasting that I’m giving away.