Off to Greece to Taste Some Wine 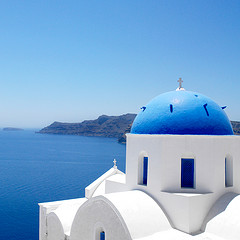 I’m a very lucky guy. I’ll admit that when I started this whole wine blogging thing, I had fantasies that someone would send me some free wine one day (now sometimes, I have to tell them to stop). But I never imagined that one day people would would want to fly me to foreign countries and pick up the tab just with the hopes that I’d write something about it.

The chance to go on an occasional press trip sponsored by a government or a regional marketing association is a great pleasure and perk of what I do here on Vinography.

Increasingly, I get asked to go on a lot of these kinds of wine trips. Unfortunately, I can’t accept most of them. Many are offered by individual wineries or wine companies, and I don’t feel comfortable taking such trips for the inherent conflict of interest they pose. My pesky day job and need to pay the bills rule out most of the others.

Greece, or rather, their designated representatives, have been nudging me for a while about coming to visit, but the timing never worked out until now.

So here I go, off to spend some time in Santorini and on the Peloponnese to explore Greek wine, which I’ve had enough exposure to here in the U.S. to get excited about. With an obviously long history of winemaking, and a treasure trove of ancient vines and indigenous grape varieties, I know there are a lot of wonderful wines waiting to be discovered there.

With the family in tow (for the first time — it’s a bit of an experiment), I’m going to spend about 10 days pretending that I actually do write about wine for a living. Which isn’t quite a vacation (no one really believes me that these trips are fairly grueling) but certainly is my idea of a good time.