The Global Allure of Pinot Noir 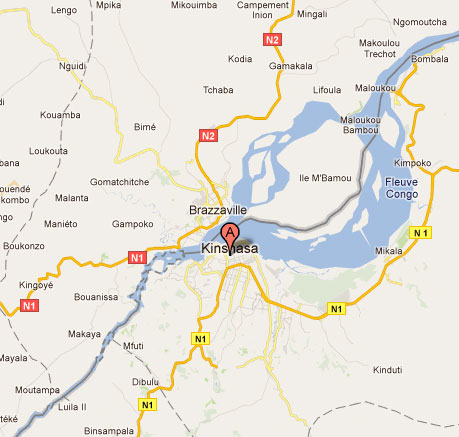 in Oregon’s Willamette Valley. I’m still editing my notes from that, with more posts to come, but I wanted to share just a small moment from the event that I thought was quite telling of both the powerful community that IPNC manages to create, as well as the allure that the Pinot Noir grape has for wine lovers.

The evening of the grand dinner, where 800 people sit out underneath the fading light of the sunset and are served a four course dinner while sommeliers wander to and fro bearing bottles of wine, I and my wife found ourselves seated opposite two very remarkable women.

They were sisters, and were attending IPNC for the first time. One of them was from Belgium, the other, from Kinshasa, in the Republic of Congo (where both grew up).

I nearly dropped my wine glass when I heard this.

Sadly, my spoken French was much worse than their limited English, so I wasn’t able to have much of a conversation with the sisters, but I certainly tried. They explained that they were wine lovers, and had heard about this event from the younger sister’s son, who was also a wine lover, and who was studying in New York.

I don’t know about you, but when I hear the word Kinshasa, I don’t normally think of it exactly as a haven for wine lovers. Of course, it turns out that my impressions are colored by the fact that pretty much all we hear about it has to do with civil war, strife, and poverty.

As one of the largest cities in Sub-Saharan Africa, and the third largest city in the whole continent (current population roughly 10 million according to Wikipedia), Kinshasa has a lot in common with many of the developing world’s largest metropolises. Along with grinding poverty and incredibly high rates of crime (which we hear a lot about) it has a middle and upper class, and the various cultural and infrastructure amenities that wealthier citizens might require.

As a francophone nation (though French is not the native language, it is the de facto language of government and commerce), those who can afford it tend to have European tastes, and this extends to wine, which the sisters told me was relatively easy to get ahold of in various wine stores throughout the city. Apparently, and for obvious reasons, European wines, especially French were the dominant fare, while smaller quantities of wines from other countries, yes, even America, were on offer.

I was quite impressed by all of this, and simply in wonderment of how small the world can be, and how strong a bond that wine can forge among friends and strangers.

And as for how the sisters were enjoying their time in Oregon? They spent the evening laughing and drinking, just like the rest of us, but perhaps with a slightly brighter glint in their eyes.