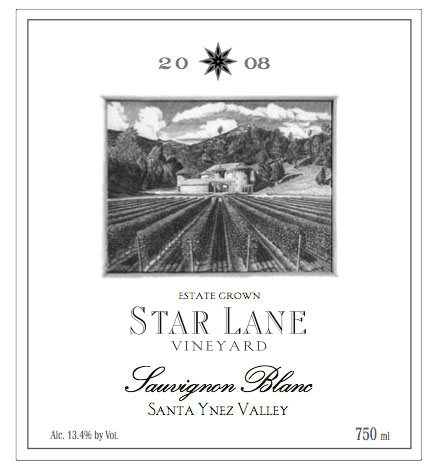 There are those in the wine world who seek out (and often pay for) the best possible advice they can get. Winemaking and winegrowing are sciences as much as they are arts, and these days, there are plenty of experts to be had in both arenas. And then there are those in the wine world that no matter what the scientists, experts, and even their friends say, choose to follow their instincts. Call them pig-headed, call them eccentric, call them iconoclasts, there are certain people that will always walk their own paths when it comes to wine.

Jim Dierberg seems to be one of those people. He’s a man that puts a lot of stock in his intuition. He proposed to his wife on their first date, and the first time he set eyes on a piece of property near Santa Ynez Valley he knew it was where he needed to live and to make wine. And not just any wine. Jim decided that this little plot of land was where he was going to make the Cabernet that he had dreamed of making for years.

Never mind that the idea of making Cabernet Sauvignon in the Santa Ynez Valley (known, for good reason, for it’s cooler climate Pinot Noir and Chardonnay) was considered by many to be a fool’s errand. Jim spent nearly ten years fending off his friends and neighbors, all of whom confirmed the insanity of his plans. In those ten years he methodically planted his vineyards and experimented with rootstocks, built a winery, and (perhaps just to prove that he wasn’t totally bonkers) bought some land in the neighboring Santa Rita Hills and started making excellent Pinot Noir and Chardonnay under the Dierberg Estate and Three Saints labels.

Jim’s faith in his own vision wasn’t easy to shake, perhaps because Jim lived on the property that came to be known as Star Lane Vineyards for those ten years. And he needed little more than a good set of eyes and a thermometer to prove to himself that the tiny little North-South valley where his vineyards climbed up the steep valley walls was a climatological anomaly. At the start of his driveway, several miles away, the mid-summer fog would be thick and the air a chilly sixty degrees Fahrenheit, but out his front door it would be sunny and between 80 and 100 degrees.

Indeed, the Happy Valley, as this little crease in the San Rafael Mountains is named, happens to be both the highest and the hottest place in the entire appellation. Daytime temperatures routinely climb above 100 degrees and nighttime temperatures often fall well below fifty degrees. This wide range of temperature, known as the diurnal shift, is coveted by winemakers for its ability to coax complexity and richness out of grapes of many varieties. The vineyards climb and wrap around a buckling roller-coaster of hills, some of which are so steep in places that there is only one guy on Jim’s staff that is willing to drive the tractor between the rows (he apparently keeps asking for a raise on this account).

Currently Jim and his winemaking crew, which includes winemaker Nick de Luca (de Luca was responsible for this wine, but has subsequently departed) and consultant David Ramey, are releasing their third vintage of wines from Star Lane, including this Sauvignon Blanc. While the primary focus of Star Lane is Cabernet-based wines, there is a small portion of the vineyard that receives a bit of the marine-influenced fog that characterizes much of the Santa Ynez Valley, and in this little corner of the vineyard, Jim has planted Sauvignon Blanc.

The vineyard management crew, all of whom are full-time employees rather than hired contractors, pick the grapes in the dead of night to escape the day-time heat, and load them in small batches into the winery (which was built with two distinct sections, one dedicated to the Dierberg Estate Burgundy-style wines, and the other dedicated to the Star Lane project).

The grapes for this wine are picked quite early, to preserve their acidity, and fermented at fairly high temperatures (somewhere around 85 degrees fahrenheit) with some lots being inoculated with commercial yeasts from Bordeaux and fermented in stainless steel, while others are fermented using native yeasts in neutral oak barrels. During fermentation the wines are stirred, bringing the lees (the sediments) into contact with the wine.

After fermentation and settling, the wine is blended into tanks and lightly fined, before being bottled unfiltered. Five percent of the final blend is aged in new French oak barrels.

The 2008 vintage was a crazy one for most of California, and Santa Ynez Valley was no exception. A dry, cool spring was followed by crazy heat spikes which were amazingly followed by frosts that killed 30% of the vines; and then during bloom, 10 or more days of 40 MPH winds drastically reduced the crop; finally during harvest there were heavy rains and three nights of freezing temperatures.

This meant a lot of work sorting the good fruit from the bad, but what ended up in the tanks was surprisingly good. The crew at Star Lane have been fiddling with their winemaking regimen for their Sauvignon Blanc for the past three years, and seem to have hit upon an excellent formula, as this wine offers a freshness and brightness that is so often missing from many California Sauvignon Blancs.

Tasting Notes:
Pale green-gold in color, this wine smells of gooseberries and cut green grass. In the mouth, brisk flavors of gooseberry and kiwi mix with green apple and green apple skin through the finish. Bright zippy acidity and a nice herbal/mineral undertone make this a very pleasing package. Delicious. 13.4% alcohol.

Food Pairing:
Thanks to its low alcohol and high acidity, this wine will go with lots of things, but I’d love to drink it with grilled prawns.