And From Napa, a Huge Sigh of Relief

A couple of months ago, I did some speculating in my monthly column for Jancis Robinson about what would happen in Napa now that the reins for reviewing the region have been handed from Robert Parker to Antonio Galloni. The fact that Galloni’s scores for Napa have just come out wouldn’t ordinarily merit much attention from me, except that in my article I made some predictions about what might change as a result. My prediction was: nothing.

And it turns out that’s pretty much what happened.

To save you, and anyone else insane enough to waste a few hours of their time, the trouble, I cross-analyzed Parker’s most recent scores in Napa with Galloni’s first scores for the region that were released on Friday in Issue #198 of the Wine Advocate.

Anyone who was hoping the traditional order would be upset, or that all the cult wines so long vaunted by Parker would be knocked off their pedestals will be sorely disappointed.

Galloni’s scores match Parkers with an almost scary precision, except for the fact that Galloni seems to be a tougher grader. 98 is the new 100, so to speak. If Parker gave a wine a 98, Galloni gives the same wine a 96, and so on down the ladder. Last time Parker came through Napa he handed out seven 100-point scores for 2007 and 2008 vintage wines. Galloni offered six scores of 98, with two of those being for barrel samples scored with a 97-99 point range.

I could list for you the top wines that each scored, but the list is essentially the same, with mostly the same names jockeying for position amongst the top thirty or forty wines.

Perhaps the one exception in the top scoring wines were those from Dunn Vineyards, which have generally been languishing (if one might call it that) in the low 90s according to Parker’s last round of scores (he seems to have stopped tasting the wines after the 2004 vintage, to which he gave a 94+, his highest score since the early 00’s). Galloni clearly fell in love with Randy Dunn’s wines during his most recent trip, scoring most over 95 points and giving the 2008 his highest score awarded in the valley (98+).

There are a scarce few deviations in opinion between Parker and Galloni. I had to look very hard to find them. In fact, I could only find two instances (apart from the level of praise leveled at the Dunn above) where Parker and Galloni’s opinions seemed to differ sharply over a wine or a producer as a whole. One was the 2009 Forman Cabernet Sauvignon which Parker thought was a very good effort (89-91) and which Galloni thought was exceptional (96+). The second was the 2009 Maybach Amouenus, which Parker loved (96-98) and Galloni thought was very good, but not fantastic (91).

Those were the only two points of real disagreement that I could tell from the scores available to me. I should note that because the Wine Advocate almost never publishes scores below 85 points, there may be wines that Galloni rated less than 85 points that Parker rated higher, and vice versa. There were certainly wines that appeared in the Wine Advocate for the first time via Galloni’s reports, and others which have been there in the past that did not appear (Blackbird wines were noticeably absent from Galloni’s report, for instance).

So there you have it. Galloni’s palate does not appear to be reshaping the landscape of Napa, except to say that he may be making the 100 point score something more of an elusive achievement than his predecessor.

There are those, however, that believe this lack of 100 point scores may, in fact, have a more profound effect on the marketplace than you might think. Spend only a little time poking around in the secondary market for Napa cult wines (people re-selling bottles they have purchased directly from the producer) and you’ll see that wines with 100 points from both the Wine Advocate and the Wine Spectator sell for significant markups. When wines have only a single 100 point score, they tend to sell for less.

By refusing to hand out 100 point scores (at least in his first go-round) Galloni may be knocking down the prices of these wines on the secondary market a bit. So who cares if Schrader Cellars Cabernet sells for $700 a bottle instead of $1200? Maybe no one. But more than one Napa winemaker has suggested to me that these secondary market prices certainly help justify the very high release prices (the prices that mailing list customers pay) of Napa’s highest scoring wineries. The intimation being that should these secondary market prices fall in any real way, there might be some sort of consumer backlash against paying a winery $700 for a bottle that you can only resell for $750.

For my part, I think the law of supply and demand will weigh more heavily on Napa’s wine prices than the residual effects of a dampening secondary market price. A lot of people love these wines, and a lot more people want to own them than are able, given their production levels.

Now it’s just back to business as usual in Napa. 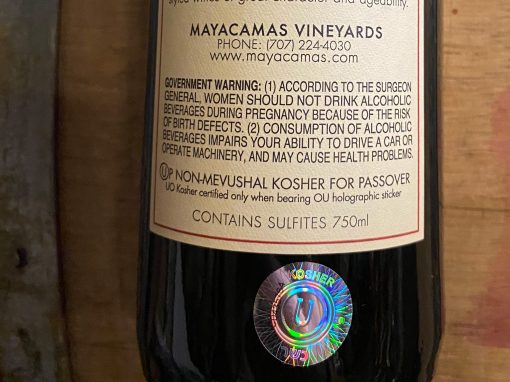 I’m a particularly bad (read: unobservant and unbelieving) Jew, but I’ve written my share of articles on kosher wines over

END_OF_DOCUMENT_TOKEN_TO_BE_REPLACED 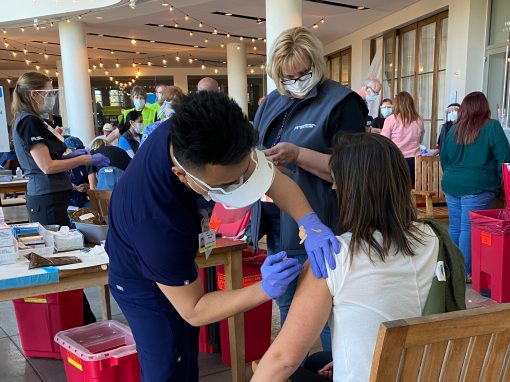