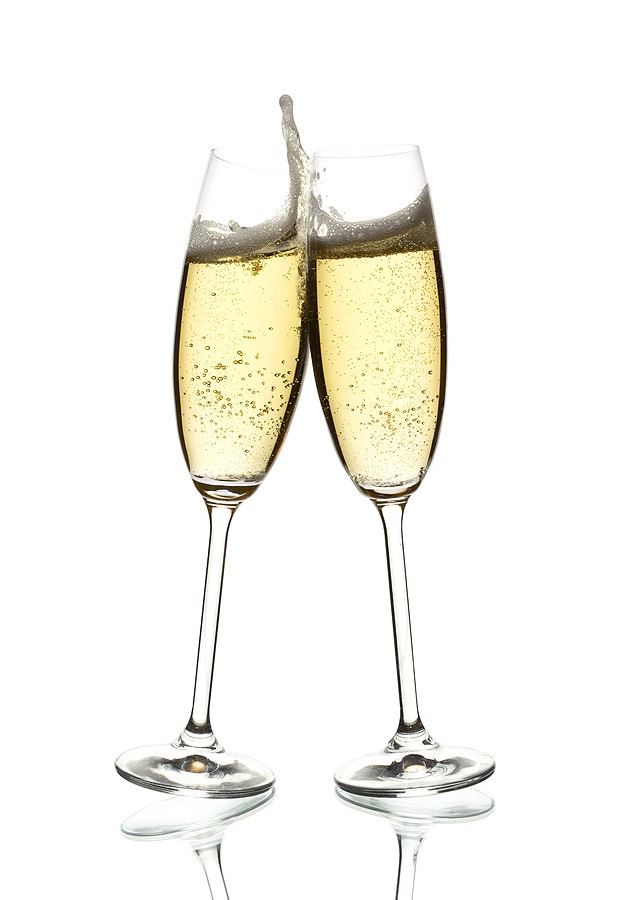 2011 comes to a close. If you’re a wine consumer, and one that likes to read about wine, you’ve been bombarded for the last three weeks with recommendations for sparkling wine. I promise not to subject you to more of the same. In fact, I’m here to object to the fact that 98% of the writing about sparkling wine takes place in the few weeks that run up to New Year’s Eve. OK, I’ll admit that I haven’t done a scientific study, but really, as someone who reads pretty much everything published on the internet with the word “wine” in it, I’ve seen more stories about sparkling wine in the last three days than I have the rest of the 362.

Sparkling wine coverage in December seems to me to be the product of the same unimaginative North American editorial calendar that suggests Thanksgiving Wine Pairing recommendations, Hearty Winter Reds, Rosé in Spring, and Crisp Summer Sippers in August. Yawn. Who came up with this crap, and why does it continue to be perpetuated?

In part, such calendars are probably driven by consumer demand. Regardless of how much a crying shame it is that people don’t drink sparkling wine every week (they should), the fact remains that more sparkling wine is sold and consumed between Christmas and New Years Day than at any other time of the year. So if people are going to buy it, presumably they should have some recommendations for what to buy.

I understand. I truly do. But I don’t agree with it. Of course, I have the luxury of not having to answer to an editor (or get paid for what I’m doing), so I’m free to criticize. I find such regular, repetitive wine writing boring and of little service to the consumer. Sure, if you’re a wine writer and you’ve discovered the world’s greatest new sparkling wine, sing its praises to the heavens. But I’ll bet you big money you didn’t discover it last week, did you?

What wine writers scribble down shouldn’t be dictated by the weeks when most consumers go and buy a particular kind of wine. Those who recommend wines should spend their time trying to change the drinking habits of the average wine drinker, not reinforce them.

By the “average wine drinker” I mean those who are hesitant to experiment with their wine choices. People who stick to one or two domestically produced wines that they buy every week at the grocery store, and have their requisite bottle of sparkling wine over the holidays. There’s nothing wrong with such behavior, of course, and one might argue it’s just this sort of customer that keeps the American wine industry humming. But there’s so much more to the world of wine, and those who write about wine should expend their efforts encouraging their readers to explore deeper, wider, and more adventurously, all the time.

And you don’t do that by writing yet another predictable sparkling wine column the third week of December.

So what should you be drinking tonight? Simply put: good wine that you and the people you are drinking with will enjoy. It doesn’t matter whether it’s a $10 Chilean Sauvignon Blanc, or a $150 Chave Hermitage. If you want to drink sparkling wine, go right ahead. But make sure to drink more next week, and the week after that.

For my part, I’m holed up in the woods with a bunch of my closest friends. Right now I’ve got many of them doing a Cahors vs. Argentinean Malbec taste test (Argentina is winning, but Cahors has some loyalists). We’ve also got an Alto Adige Lagrein, an Austrian Gemischter Satz, an Anderson Valley Pinot, a Santa Maria Valley Pinot, a Napa Cabernet, and a bottle of Argentinian Bonarda open, with eight more bottles waiting in the wings. Later on this evening we’ll be ringing in the new year with Yarra Valley sparkling wine and Canadian icewine.

I hope wherever you are, that you find yourself surrounded by good friends, good food, and drinking wine that makes you happy. Happy New Year.