Knock it Off: Things I’d Like to See Disappear From the Wine World in 2012 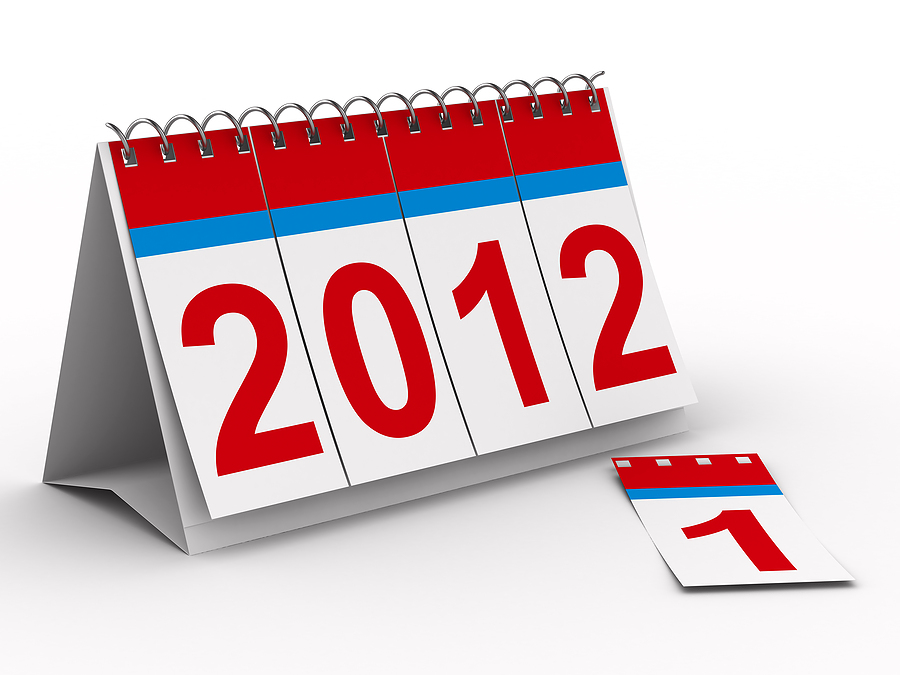 Actually, I wrote an article for Fine Cooking Magazine‘s last issue with five New Years wine resolutions. Mine were focused on exploring niches of the wine world that are generally ignored. Check it out if you’re interested. It’s an excellent magazine and is on newsstands now.

But let’s talk now about a different sort of list: the stuff that should go away. Here’s the list of stuff that the wine world would be better off leaving behind in 2012.

#1 Extra heavy bottles
It’s been clearly demonstrated that the wine industry has a big impact on the environment from the standpoint of CO2 emissions. Most of this impact comes from the pollution involved in shipping wine, thanks to the carbon footprint of shipping big heavy boxes of wine around the country and the world. Given that, it’s time for wineries to swallow their egos and find some other way to make their wines seem impressive besides huge, heavy wine bottles. The arguments that these weighty, oversize bottles somehow protect wine from sunlight and temperature are ridiculous from my perspective. I have yet to see any real scientific evidence that justifies them. Instead they represent only the egos and vanity of the wineries that employ them. It’s time they went away. The wine tastes just as good in a humble bottle that fits on everyone’s wine rack, costs less to ship, and reduces a winery’s carbon footprint. And before anyone says anything: no, tetra-paks and wine in cans are not the answer.

#2 Carping about all the wines over 14% alcohol
I’ve addressed this topic at length elsewhere, but I’m still sick of people making sweeping generalizations that categorizes (or perhaps condemns is a better word) wines over a certain alcoholic strength as too high-octane. I love lower alcohol wines, and often object to overtly rich wines that burn in the finish. I encourage anyone who wants to drink such wines to drink them. I encourage anyone who prefers such wines to go right ahead. But don’t draw lines in the sand and suggest that wines higher than your arbitrary line are somehow undrinkable or the scourges of the wine world. There are great 15% alcohol wines, and lousy ones. Just as there are lousy 13% alcohol wines, and great ones.

So what if all the [insert wine style here] in [insert your favorite (usually California) wine region here] used to be 12.5% alcohol? There were different rootstocks, a cooler climate, and different standards for winemaking. It would be difficult, if not impossible to make wines at that level of alcohol (2011 may be a vintage where some come close), and there’s the risk that consumers might just not like them. But that is really beside the point. Complaining about alcohol levels in wines is like complaining about the grammar skills and inscrutable language of today’s teenagers. And if I had a dollar for every hypocrite who fed me this line of argument but readily admitted to liking Chateauneuf-du-Pape (99% of which is in the 14.5% range and higher) I’d be a rich, rich man.

#3 Anti-consumer wine shipping legislation
Hoping that the Wine and Spirits Wholesalers of America and monopolistic state governments will somehow give up their fight to ensure consumers have no choice of where and how they buy their wine is a bit like hoping Vladimir Putin will decide he doesn’t want to be Prime Minister of Russia after all. The phrase “pry it from my cold, dead fingers” comes to mind. But this isn’t a set of predictions about what will really happen in 2012, merely a wish list, and a lot of states in this country of ours need some electroshock-therapy-enabled attitude adjustments. It’s time to put the interests of ordinary consumers first. There are glimmers of hope that this can be possible with enough pressure on legislators. Washington State just got out of the state-run liquor business, allowing for competition by private companies. The law wasn’t perfect, but it was a great first step. C’mon Texas and Pennsylvania, you know you want to join the party!

#4 Dogmatic wine assholes
As if wine culture didn’t have enough of a problem with many consumers thinking of it as elitist and snobbish? Yet it seems that I hear more and more polarized, entrenched, and vituperative rhetoric from various wine factions every month. Everyone needs to chill the fuck out, and stop making wine into some religious landscape where the righteous battle the philistines. You want to make wine without sulfur? Great. Just don’t imply that anyone who chooses to put sulfur in their wine is poisoning their customers. You think Biodynamic is the way to go? Fantastic. Then don’t suggest that everyone who farms conventionally is producing lousy industrial swill. It’s time to end categorical statements that ignore the complexity of reality. It’s called growing up. And there’s a lot of it to be done in the wine world.

#5 Styrofoam
It is the work of the devil. You can’t compress it (without industrial equipment), recycle it (as a basic consumer), burn it (without poisoning yourself), or move it (without hurting your ears). And the claims that it is a much better insulator than cardboard or other packaging inserts do not seem to be conclusive. Why does anyone still think it is a good idea to package wine in this shit? Wineries, get with the times and buy recycled cardboard inserts for your wine boxes. Your warehouse managers, shippers, customers, and employees will all thank you.

#6 The never-ending parade of wine aeration gadgets and their promises
Air is good for many wines, to be sure. I always decant my Sangiovese, no matter what. But this cult of aeration has gone too far. How do I know that? Take a look at this ridiculous stunt. If you really want air in your wine, pour out a glass, push the cork back in, and then shake the hell out of that bottle. Not prepared to turn your wine into a shake-weight? Then just relax a little and open that bottle a little before you want to drink it, or pour it into something and swirl it around. Decanters don’t need to be fancy. Here’s what I use.

#7 TCA: 2,4,6-trichloroanisole
OK, maybe we’ve got only a slightly better shot at ridding the world of cork taint than we do of getting the Wine and Spirits Wholesalers Association to roll over and let us scratch their tender underbelly. But every time I open a bottle to the smell of wet cardboard I get so damn pissed off. TCA has ruined probably north of $400 worth of wine that I or a friend paid for and opened expectantly this past year. It’s so ridiculous that we have to put up with this. It’s so ridiculous that we DO put up with this. As long as I’m wishing for things, I’m definitely wishing for someone to solve this damn problem once and for all.

#8 Endless magical health claims (or danger claims) about wine
Haven’t we heard just about enough from everyone wanting to convince us that red wine will either make us live forever, or will kill us just slightly slower than smoking? Let’s just agree that there is some rock solid proof that a bit of red wine in moderation is good for your heart, and that drinking 750ml of anything alcoholic per day is going to hurt you more than it helps. The main hitch here is that those damn researchers love doing studies about drinking red wine because they have an excuse to drink in the lab. It beats the pants off of testing the latest artificial sweetener for carcinogens.

#9 Treating serious bloggers as if they’re different than print journalists
From the FTC to some nincompoop Federal judge, to legions of old-school print-only journalists who don’t understand the Internet, the time has come for people to stop worrying about the channel, and start worrying about the content and how it was created. If it acts like a journalist, writes like a journalist, and people read it like a journalist, then we all ought to treat it like one. And as for wine blogs in particular, well, some of us yearn so much to be thought of like regular wine writers, we’ll even resort to writing inane lists of things at the beginning of the year. But then we’ll use a couple of four letter words in the process and totally ruin the illusion.

Here’s to a year where the scourges of the wine world, whatever yours may be, are vanquished!

Photo of 2012 calendar courtesy of Bigstockphoto.Com