Reflections on 8 Years of Wine Blogging 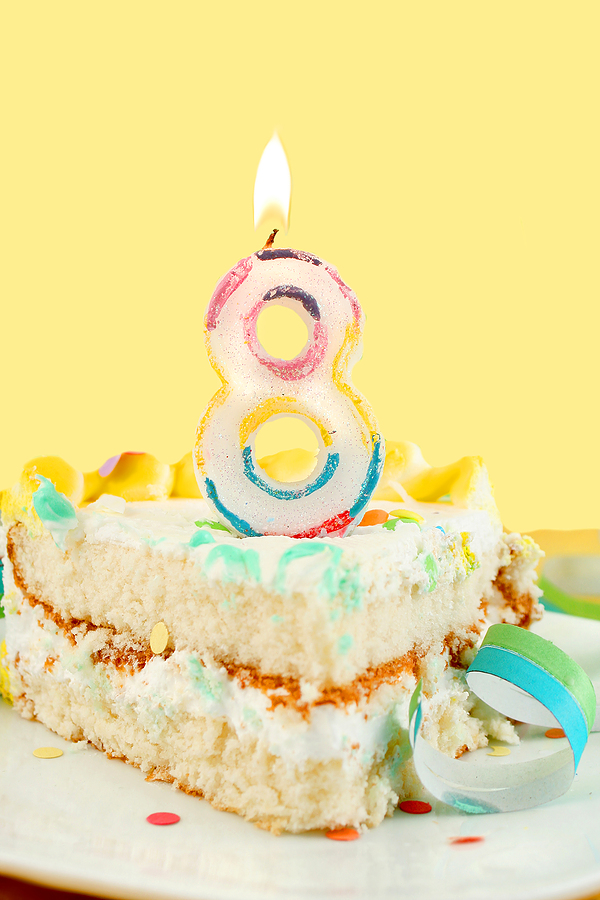 Eight years ago, I decided that instead of giving my friends the same advice over and over again about my favorite wines and restaurants, I would start a blog — both so that I would have someplace to send them, and so that I could learn about what a blog was and how it worked.

And that, as they say, was the first day of the rest of my life. I’ve been writing about wine almost every day since then, pausing only to go on my honeymoon, hang out with my new baby girl, and go fishing in Alaska this past August.

It’s been quite a ride.

I’m not in a position to offer significant insights into the overall growth of blogging as a practice or as a medium, but I’ve watched essentially the entire lifetime of wine blogs on the internet. From the intrepid few who joined me in 2004, experimenting with personal wine writing and amateur criticism, to the era of intercontinental Wine Blogger Conferences and the professional wine blog.

Here are my thoughts on what’s happened over the last eight years.

The early days of wine blogging felt like strangers meeting on a desert island. We were delighted for the company, and bolstered by the idea that there were others just as passionate and equally insane to spend hours and hours writing about wine for free, not really knowing or caring who would read what we had written.

Dozens became scores, and scores became hundreds, and then we really felt like something was going on. You could almost feel the throbbing pulses of hundreds of little wine magazines, our little streams of content churning out to fill the servers of Google with wine keywords bit by bit. Most were in English to start, but then gradually wine blogs in Italian, French, German, Swedish, and more began to pop up. The vast majority of the blogs in the first two years were written by enthusiasts — passionate consumers like me –that felt like we had something to say about wine, never mind who was listening.

Eventually some regional wine journalists and wine writers started their own blogs, suggesting that it was only a matter of time before major, nationally read wine writers got into the game. Eric Asimov of the New York Times dove into the pool in 2006, followed by several other well-known names in the year or two that followed.

By the time Eric joined us, wine blogs had begun to sort themselves out into what I see as several categories, which continue to persist today.

The first category I will call the Deliberates. These folks, myself included, eventually decided that wine blogging wasn’t just something we did for fun, like updating our Facebook page. Instead we were trying to produce good content, regularly, that met some standard we each invented for ourselves. We self-consciously wrote for an audience, and took our roles as writers and/or critics seriously, opining, reviewing, and commenting on wine and the wine world. There was a significant mix, as there is today, of quality, literary merit, and specific areas of focus.

The second category of bloggers were the Passionate Journalers. These folks continue to make up a large portion of the wine blogging community. These wine bloggers perhaps lack the depth of journalistic aspirations possessed by the Deliberates, but nonetheless cultivate an audience of readers who read their writings as for personal stories as well as for wine recommendations. These folks are often highly engaged in the wine blogging community, and take their blogging seriously.

Thousands, even tens of thousands of Casuals have started wine blogs. Some continue to post, while many tire of the experiment and abandon their efforts to the dusty corners of the interwebs. Most of these bloggers do not cultivate an audience beyond their immediate friends and family, and use their blogs often as a personal record of what they ate and drank. These folks don’t and never will think of themselves as journalists.

Morphers generally came later to the wine blogging game, since they were publishing online already, just not in blog form. Several wine writers had web sites where they did some or all of their writing, and as the blog form demonstrated both its power and popularity, these writers smartly got into the game, bringing with them their audiences, and adapting with varying ease to the format.

Then there were the Bizzers — the folks “in the biz” who understood the blogging medium (or didn’t, as the case may be) and dove in to see what they might find. PR wonks, winemakers, wine marketers and more started to write blogs, some for personal reasons, others as an extension of their jobs.

And finally came the Professionals. The wine writers who made their living writing about wine for newspapers, magazines, or other print outlets and eventually got into the blog world. Most professional blogs were and still are under the aegis of the writer’s primary outlet, some even restricted to viewing by paid subscribers only. In the past year or two, however, several career wine writers, often after leaving their bylines, have begun blogs that are maintained assiduously.

Any attempt to produce a limited taxonomy of something as dynamic as a constantly growing niche of the blogosphere must be taken with a grain of salt. I’m sure there are those who either object to or believe they defy the categorization I’ve offered. But that’s the landscape as I see it.

I think several key changes have taken place across this landscape over time. Some, especially in the Deliberates category, have settled into more specific niches of either editorial writing or wine criticism, while others, like myself, have deliberately attempted to span across these concerns.

Wine bloggers in all categories, especially the savvy, newer bloggers often focus on niches. While it was enough in 2004 to have something called a “wine blog” to gather readers from across the Internet, these days any new blog is instantly lost in a sea of thousands. As a result many wine bloggers are beginning to specialize.

The relationship between the wine blogging community, especially the Deliberates, and the world of traditional wine media has shifted. In the early days, bloggers and those we labeled “old school” journalists were rather equally suspicious of each other. Many bloggers saw themselves as deliberately countering the values and traditions of mainstream wine writing, while for their part, many mainstream journalists saw bloggers as rank amateurs or even poseurs. With a few notable exceptions (in particular the Wine Spectator which to my knowledge is the only major wine publication in the world that has never actually mentioned the name of any independent wine blog in its pages) the gap between wine blogger and wine writer has closed significantly. With so many “mainstream” wine journalists now blogging, and several prominent wine bloggers writing regularly in magazines, books, and other traditional media, it’s clear that a convergence is well underway.

And so we find ourselves in a new era of wine blogging. What it will hold, I am not sure, but one of the trends appears to be a sorting out. More than one of the long-standing Deliberates have decided to stop blogging all together. Keeping this up for years on end, often with little more renumeration than accolades from readers, a few wine samples to review, and an award or two requires a level of dedication that not everyone can muster or maintain.

Eight years and tens of thousands of blogs later, it’s also clear that cream rises to the top. The blogs that gain and hold public attention are generally of higher quality, and this will always be the case, as the bar raises ever higher. With professional writers getting into the wine blogging arena, those of us who aren’t career wine writers will find ourselves competing for readers, for stories, and for attention, inasmuch as writers ever really compete.

For me, writing Vinography continues to be what it has always been — both a discipline and an aesthetic pursuit. When people ask me why or how I manage to do it, I tell them the truth: some people knit, I write about wine. Sitting here in front of my blog is an aesthetic pursuit as much as it is anything else. I enjoy it infinitely more than watching television (or, sadly, exercise) or any of the other things that we all find to fill the interstices between work and other obligations.

While the core of my enjoyment remains the pursuit itself — expressing my opinions and judgments about everything vinous — one of the greatest pleasures of what I do here comes from my readers. The gift you give when you read, and especially when you comment, keeps me coming back to the keyboard so regularly. I love interacting with you, and deeply appreciate how your thoughts add so much to whatever value or entertainment my own might provide everyone.

So let me conclude this, my 2415th entry on the 8th anniversary of this little endeavor, with my thanks for reading Vinography and for your support over the years. I hope we continue this relationship for many more. I know I’ll certainly keep doing this as long as it remains fun, and I don’t see any end to that in sight.