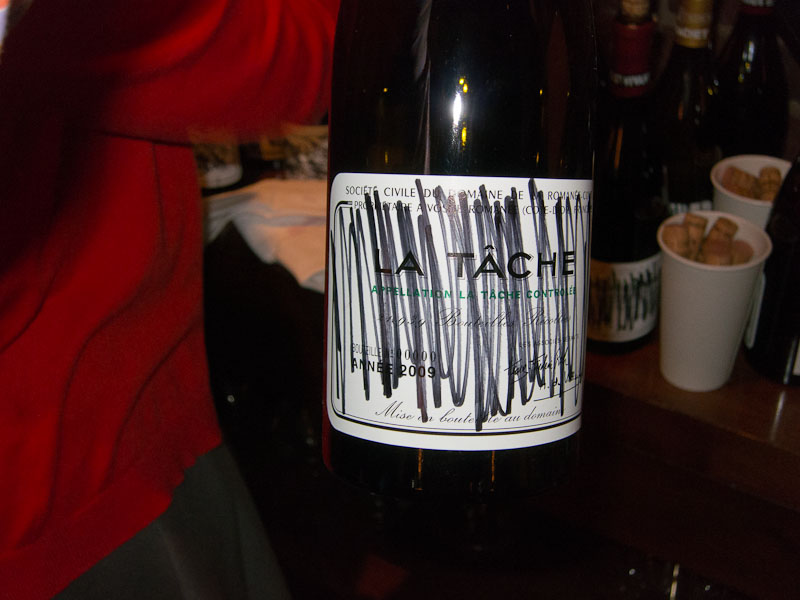 . “We didn’t realize there was so much controversy.”

De Villaine is, of course, the co-director of Domaine de la Romanée-Conti, and one of the most powerful and respected men in the fine wine industry. I felt, and still do feel, quite strongly that he has a responsibility to be a leader in helping an industry ripe with fraud clean itself up. Especially in the wake of Kurniawan’s arrest.

In an online article today, Decanter magazine revealed that the outspoken Laurent Ponsot had assisted the FBI and the justice department in establishing their case against Kurniawan. In that article, Ponsot was quoted as saying “I believe 80% of pre-1980 Burgundy sold at auction is fake.”

This is quite a claim. For his part, Aubert de Villaine clearly would not agree, based on what he told me on February 23, 2012.

“There seems to be almost…. what is the right word… hysteria about [counterfeit bottles]” said De Villaine. “No, perhaps hysteria is too strong a word. But the level of concern I do not think matches reality. There are not as many fakes out there as people think. They exist, but they are few.”

“I don’t know about the bottles being sold in this [February 8th, Spectrum] auction. We have not examined them, though the work that Don [Cornwell] has done is quite remarkable. What I do know is that I have been exposed to many bottles, bottles that people bring to us at the domaine to examine, and these people are sure these bottles are fakes. But almost always, after we look at them, they are not fake.”

“We, ourselves, take extraordinary steps to control the distribution of the wines. We put numbers on bottles, on cases, and much more, and for good reasons. I want prices for our wines high, but at levels where collectors can buy. The result, however, is a weakness that people can buy and resell at higher prices.”

“We do what is possible to do. With Hong Kong these days, I think counterfeiting bottles is quite tempting, and this [Spectrum] auction has caused much reflection. I am going to undertake to greatly deepen our expertise in labeling and our history of labeling.”

“One of the problems is the time after the war. The printing was not always the same. Sometimes there was the circumflex over La Tâche, sometimes there was not. Don [Cornwall’s] work was extraordinary, but he was not in possession of all the details required to decide whether a bottle was definitely fake. Some of the things he identified were not definitive. I’m seeing him tomorrow to discuss all of this.”

“In some ways, it feels quite injust that we are on the spot with this, when we try so hard, more than many, to prevent such things. Our job is to create great wines, and I would like to concentrate on this,” concluded De Villaine.

With that I thanked De Villaine and made my way to the back of the restaurant where we had held the tasting of the 2009 wines. There I found several Wilson Daniels employees scribbling over the labels of every bottle that had been opened for the tasting. These bottles would later be smashed into tiny pieces.