The Essence of Wine: Tobacco 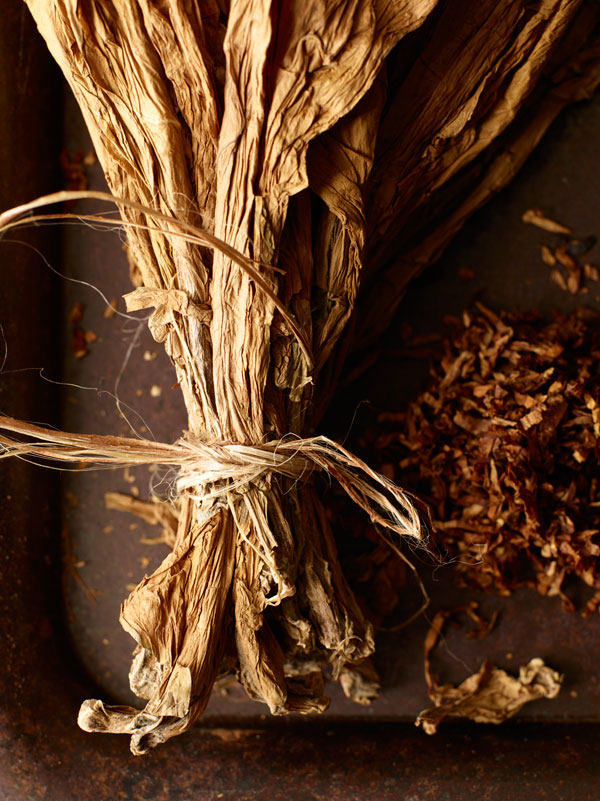 Broad leaves, kiln fired, transmute a weed into an aromatic wonder that has conquered the world. Before it became a scourge, it was sacred to some of the world’s earliest peoples. Like many such medicines, tobacco began its life as a gift from the gods, to whom it would return with messages from the living when smoked. From dark pitch to burnt caramel to sweet fruit, and always laced with wood, the smell of cured tobacco makes its way into many wines, most often thanks to wood itself. The toasted oak of a barrel can lend Cabernet, in particular, a deep note of pipe tobacco, shown best as a grace note rather than a blast of flavor. At its best, tobacco’s richness marries with the darker qualities of fruit to add spice and mystery, if not a bit of nostalgia, to a glass of red. Better to drink it than to smoke it.