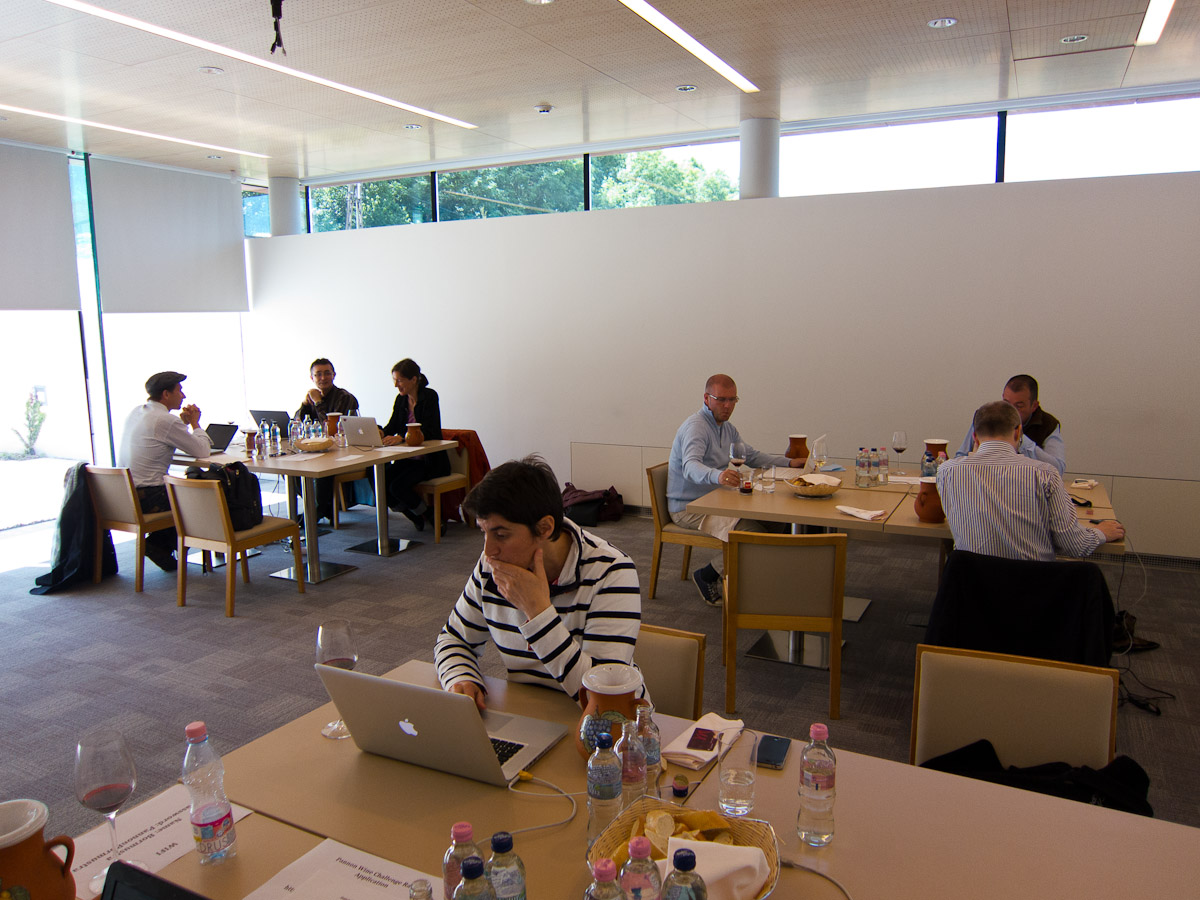 As some of you know, I’ve just spent the last few days holed up on top of a hill overlooking the plains of Hungary tasting several hundred Hungarian wines and passing judgement upon them. An 11th Century abbey that also happens to be a world heritage site makes for a pretty impressive spot to be passing judgement, it turns out.

I’m participating as a judge for something called the Pannon Wine Challenge. Now in its 13th year, this contest is effectively the main national competition for Hungarian wines. Two years ago the event was taken over by a gentleman named Richard Nemes, the former head of Wines of Hungary, who has both improved and raised the profile of the contest, and also brought a greater emphasis on bringing international judges to Hungary to participate.

I was quite excited to participate. Not because I love competitions or judging — quite the opposite, I think such competitions are inherently problematic and, frankly, judging is quite exhausting work — but because there’s no greater way to learn a lot about a country’s wines in a very short period of time than sitting down and tasting 300 of them in the space of three days.

Which is exactly what I did.

I was joined in this adventure by a number of other judges from around the world: wine writer Jamie Goode, Senior Editor and wine critic for Wine and Spirits Magazine, Tara Q. Thomas, Master of Wine and “That Crazy French Lady” Isabelle Legeron, Polish wine blogger Wojciech Bonkowski, and Canadian Master Sommelier John Szabo. We benefitted from some local leadership in the form of three Hungarian wine experts, Gabriella Mézáros, András Kató and László Romsics.

Here’s how the whole thing worked.

We split into three teams to evaluate all 299 wines submitted to the competition. In the first round, we divided up the wines among the three teams. Each of us sat with a laptop in front of us and wines were delivered to us one after another, each in a pristine clean glass, already poured. Each wine was given a number, and we were told the grape variety and the vintage of the wine. We’d individually make tasting notes and score the wines (on the 100-point scale) using a nifty online web application developed specifically for this competition. Each team would generally confer a bit about each wine, especially when we found something particularly good or bad about each sample.

The web application collected our scores, averaged them, and then the top wines in each of the Value (under 7 Euros), Red (and Rosé), Dry White, and Sweet Wine categories — a total of 100 wines — were brought back for a round two of judging.

In round two, each judge tasted every wine, and again we made individual tasting notes, scored the wines, and discussed the wines as necessary. Once we were done working 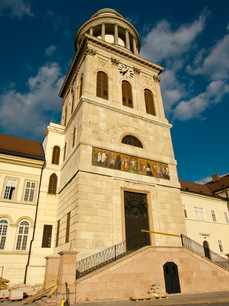 through the wines, our scores were tallied again, and we were able to bring back the top few wines in each category to hand out special prizes, such as the top white wine made from indigenous grape varieties, or the top Bikaver (a traditional Hungarian red wine blend).

Finally, we re-tasted the very top scoring wines, and chose the overall winner of the competition.

Because the whole process was managed and recorded electronically, I have all my scores and tasting notes which I will publish in due time. In the meantime, the results of the competition have been published on the competition’s web site.

The whole process was quite well organized, and one of the most pleasurable judging experiences I’ve had. The judges all got on quite well with each other, and while occasionally there were some significant variations in our opinions, we found ourselves quite well aligned on most of the wines. We had strong, opinionated discussions, but they were always quite professional.

We also commiserated and celebrated some of the themes that seemed to emerge from these 300 wines.

The state of red wine making in Hungary seems to be fairly dire. While there are a few winemakers producing elegant, restrained, clean, and expressive red wines, the vast majority of the reds we tasted were significantly over-ripe, over-oaked, over extracted, low in acidity, and more than occasionally, just microbiologically flawed. There’s a lot of work to do for Hungary in this department. I’ll write more about that fact later.

In white wines, we also saw some overuse of oak, but here there were some glimmering gems to be found in dry renditions of the local varieties Furmint and Harslevelu (the two 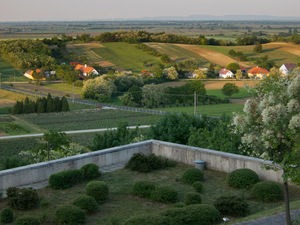 dominant players in the famous Tokaji sweet wines) as well as a variety called Jufark (prounounced “youfahrk” with an amusingly soft “r” in there). While many whites were also over-oaked and somewhat high in alcohol, those that had good acidity and restrained use of oak could be quite interesting, refreshing, and even electrifying.

Hungary’s deep heritage is, of course, its sweet Aszu wines, and these, not surprisingly, were the top performers of the competition, though not nearly as many were entered as I might have liked. I’ll offer some more thoughts on this in future posts as well.

In the meantime, here are some photos of the Pannonhalma Abbey, which has been continuously operated as a Benedictine Monastery since its founding in the 11th Century. The main chapel is under construction, but we were allowed to poke our heads in anyway.

More to come from Hungary… 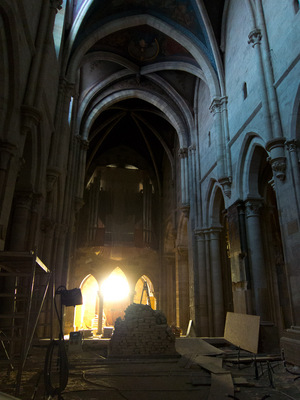