The Essence of Wine: Blueberries 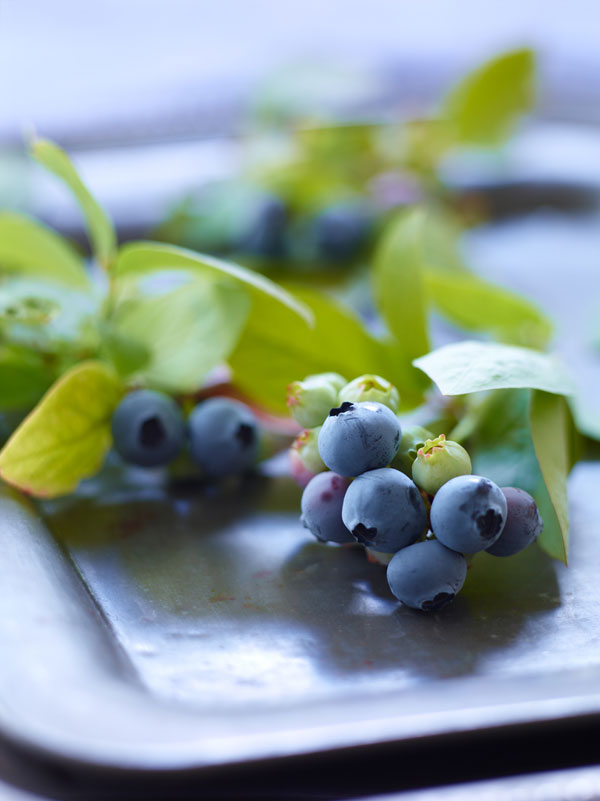 With the feel of suede-like skin on the tongue, a tiny globe yields to pressure from the teeth with an explosion of juice — first sweet, then slightly sour, pure and bright. Occasionally a hint of fresh green herbs in the fruit reminds anyone who has stooped among diminutive bushes of the delightful search for summer’s bright blue sparks. Few organoleptic delights compare to the burst of a perfectly ripe blueberry in the mouth, with its unique combination of floral sweetness and acidity. Native to North America, but now found elsewhere in the Northern Hemisphere, blueberries and their brethren — huckleberries, bilberries, serviceberries, and the like — make an appearance as flavors primarily in red wines, and often in those made from Zinfandel, Malbec, and Syrah. Even Pinot Noir grown in some climes can take on a blue fruit character. While some wines smell remarkably blue, only a few wines taste distinctly of the fruit. Instead the flavor can often be found hiding in layers of taste, swirled amongst other fruits in a decidedly delicious blue concoction.