The Life and Wines of Jacques Lardiere 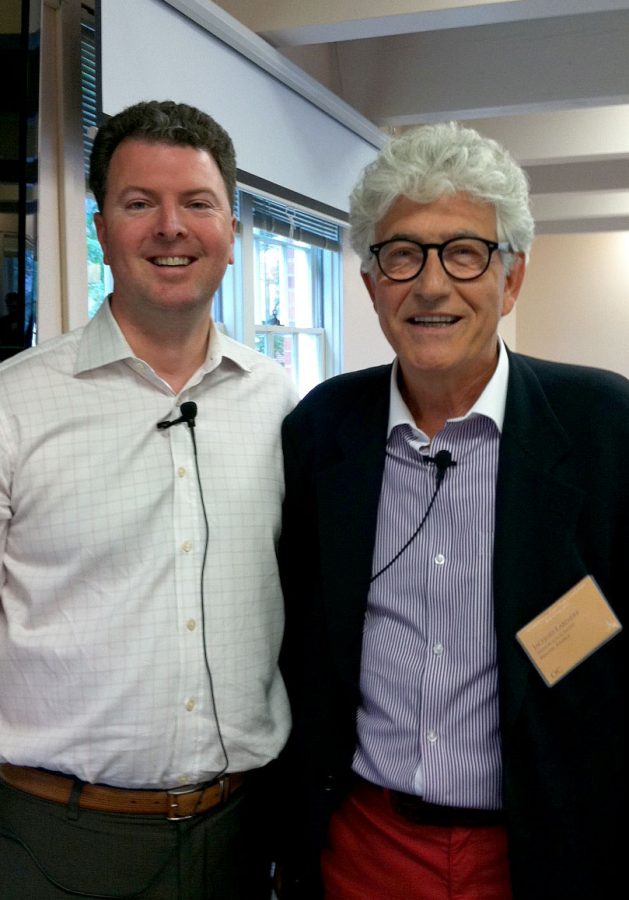 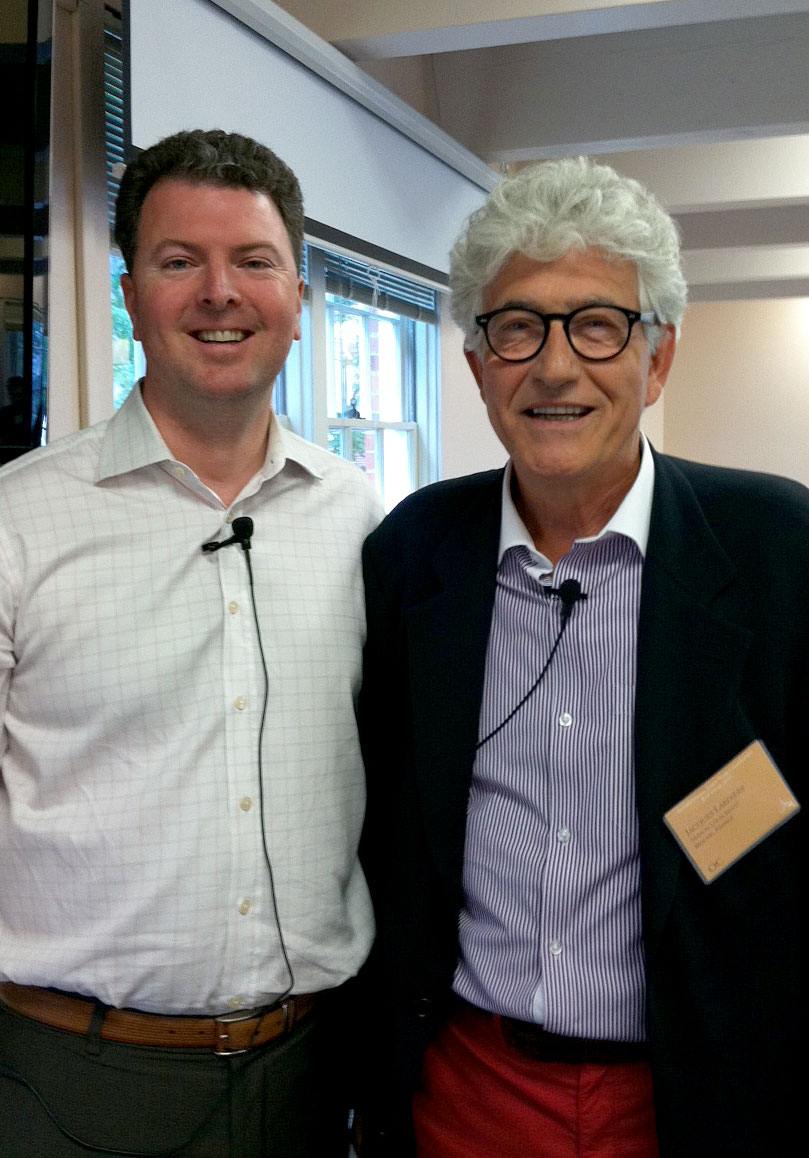 in Oregon’s Willamette Valley. I attend this event periodically as a media guest, and enjoy the event’s relaxed style, fabulous food, and wonderful mix of Pinot Noir producers from all over the world, including a significant number of Burgundy producers.

This year, in addition to enjoying the event, I was asked to host one of the event’s add on seminars, a celebration of winemaker jacques Lardiere, and a retrospective tasting os some of the wines he’s produced in his 42 years as winemaker at Maison Louis Jadot, one of Burgundy’s largest and most important negociants.

Lardiere is the youngest of five children and did not really grow up in a winemaking family. His grandfather hailed from Brittany and made a little wine, so Lardiere had some exposure to winemaking and winegrowing, but he grew up with aspirations to be a scientist first and foremost. He studied biology and biochemistry at school, and eventually found his way into research on bacteriological processes in winemaking, in particular the mysteries of malolactic bacteria.

This interest brought him to the Pasteur Institute in Paris where he met the famous Jules Chauvet, a winemaker, scientist, and the current spiritual father of the trendy Natural Wine movement. After working with Chauvet for several years, and deepening his knowledge of various aspects of the microbiology of wine, Lardiere was approached by Andre Gagey, then the managing director of an up-and-coming negociant called Maison Louis Jadot. Gagey asked Lardiere if he’d be willing to come on as a consulting enologist. Lardiere, who had always imagined his future as a scientist, turned to his mentor Chauvet and asked what he should do. Chauvet, showing the kind of wisdom for which he was known, suggested to Lardiere that as noble as science was, actually producing something was a far better thing to do with one’s life. And so, not really knowing what he was getting himself into, Lardiere accepted the job.

One of the first things Lardiere made clear to his new employer was that the house’s approach to winemaking would need to change. In particular, Lardiere said, the winery needed to start doing longer macerations. Coming on in June of 1970, Lardiere immediately put this technique into practice during the 1970 vintage with some success. However, a year later as hail devastated the infamous 1971 vintage, he recalled his embarrassment at having to tell his boss, “you know what I said about long macerations? Well we can’t do that this year.” Apparently Gagey took some convincing, but Lardiere prevailed, and Jadot’s wines from that vintage were among only a few that turned out particularly well.

Amazingly, and almost unbelievably, Lardiere maintains that the 1971 vintage was the first and last time in his 42 years as winemaker that he has changed his winemaking regimen to address the issues of a vintage. For him, the notion of terroir, and the process of respecting a place involves accepting what the vintage gives you every time.

When Lardiere started at Jadot, at the spritely age of 22, the house was producing about 40,000 cases of wine. During his 42 years as winemaker, Maison Louis Jadot has grown to produce around 834,000 cases of wine, and to own more than 380 acres of vineyards. Lardiere regularly oversees the production of more than 140 different wines from more than 100 different classified appellations around Burgundy and Beaujolais. Without any attempt at hyperbole, this guy is responsible for making more Burgundy in one year than some small producers do in their entire lifetimes.

At the end of 2012, Lardiere is going to retire, leaving the house in the hands of winemaker Frederic Barnier.

As I introduced Lardiere, I jokingly suggested to the audience that mostly my job was to talk about Lardiere for a little while (since he doesn’t like to talk about himself) and then to just press “play” and stand back. Which is pretty much the way our session went.

In preparation for the tasting, Lardiere and I had several conversations, and one thing he felt impelled to discuss was the subject he described as “why Burgundy is Burgundy” a discussion which consumed the first 40 minutes of our hour-long session. His explanation of how geologic processes had converged to produce a distinct “line” telluric energy that aligns with the uplift that created the hills of the Côte d’Or. This line can be traced through the Grand Cru vineyards of the Côte, Lardiere claims, and as you move away (either up the hills or towards the flatland) away from this line you first encounter the Premier Cru vineyards, and then the lesser climats.

In the course of explicating this, Lardiere ranged over any number of subjects. After about 35 minutes of his monologue, peppered occasionally by questions from me, I suggested that it was probably time to taste the six wines he had brought along.

“No!” he exclaimed, “there is more I must explain!” Everyone got a good laugh out of the moment, and about eight minutes later, with only about 15 minutes left in the session I convinced him to start talking about the wines.

As many of you know, normally I attend these events and, from the audience, make a report of what people say and what I learned, as well as the wines on offer. I’ll be posting my coverage of two sessions I attended like this in the coming days. This event, however, I was hosting, which meant I was on stage with Mr. Lardiere, asking him questions, and generally playing straight man to his unique bundle of passionate philosophizing and wisdom.

Consequently, I have only the background material and brief summary above to share with you, as well as my notes on the wines we tasted below. For a more detailed overview of Lardeire’s talking points, I’ll direct you to coverage by Lily Elaine Hawk Wakawaka, who was in the audience and followed Mr. Lardiere’s freight train of thought admirably (perhaps thanks to her past life as a professor of philosophy).

Lardiere brought along an interesting selection of wines, representing properties in both the Côte de Beaune and the Côte de Nuits, from good vintages and from bad.

Here are my notes:

2004 Chambolle-Musigny 1er Cru “Les Baudes”
Light garnet in the glass, with a hint of brick color at the edge, this wine smells of fresh forest floor and a remarkable sappy, raspberry fruit aroma that makes the mouth water. In the mouth forest floor flavors of evergreen boughs and peaty earth mix with redcurrant, red apple skin and a wonderful savory salinity that is stunning. Wonderful acidity, and an earthy finish that rings with bright raspberry fruit. Stunning. Score: around 9.5. Cost: $90 for current vintages click to buy.

2002 Volnay 1er Cru “Clos de la Barre”
Light to medium garnet in the glass, this wine smells of wet dirt, licorice and dried cherries. In the mouth, powdery tannins wrap around a core of bright orange peel citrus and raspberry, with rumbling tones of wet earth that linger through a long finish. Great acidity and fine grained tannins. Score: between 8.5 and 9. Cost: $50 click to buy.

2001 Beaune 1er Cru “Clos des Ursules”
Light ruby in the glass, this wine smells of raspberry, orange peel, and forest floor. In the mouth the wine has a lightness and a clarity, with taut tannins and bright fruit that vibrates between citrus and raspberry as notes of wet leaves and earth linger behind. This particular vineyard has been owned by the Jadot family since 1826, pre-dating the family’s wine business. Score: between 9 and 9.5. Cost: $75 click to buy.

1991 Gevrey Chambertin 1er Cru “Clos St. Jacques”
Light brick color in the glass with some lingering ruby highlights and fine grains of sediment, this wine smells of wet dirt and leather and raspberry. In the mouth fine grained tannins drape over flavors of raspberry and red apple skin, with notes of damp earth and wet leaves and mushrooms. Excellent acidity. Score: between 9 and 9.5. Cost: $75 click to buy.

1989 Bonnes Mares Grand Cru
Light brick colored in the glass, this wine smells of leather and wet wood, forest floor and green herbs. In the mouth the wine is powerful, with broad shouldered tannins that, despite being powdery and smooth, suggest somewhat hulking muscles. Flavors of leather, wet wood and raspberry have a nice seamlessness to them and linger for a long time in the finish. Score: around 9. Cost: $300 or more if you can find it.click to buy.