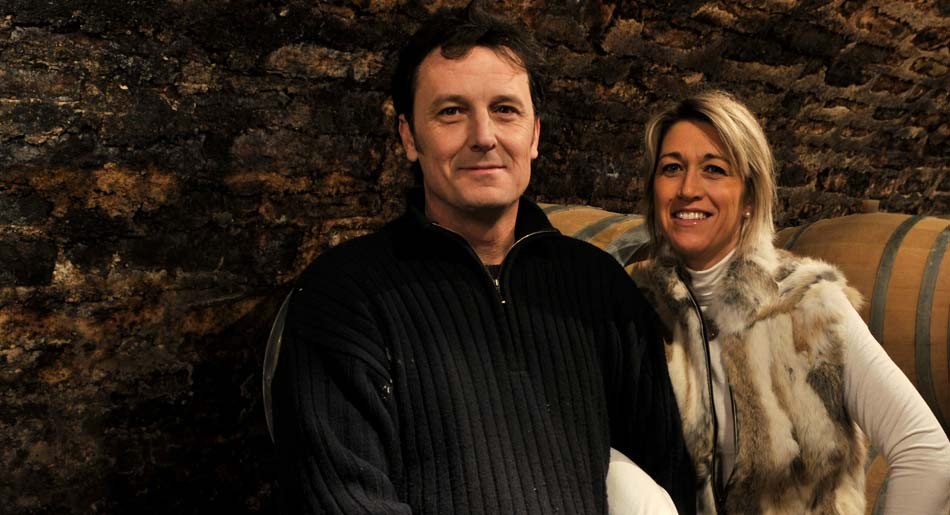 Burgundy is nothing if not consistent. The unbroken line that the region traces back through thousands of years of winegrowing history anchors the soul of the place as firmly as it does its vines. Families, too, for sometimes dozens of generations, seem rooted in place, as the father’s wines give way to those of the son, preserving and slowly evolving the family link to the place. Anyone who has visited Burgundy and descended into the mold-encrusted cellars understands how everything there is steeped in time and tradition, as if somehow you could strip away a few trappings of modernity like cars and electricity, and very little would have changed from hundreds of years ago.

At least, this is what we normally think of when we think of Burgundy, and strolling around the streets of Beaune, or the village lanes of Meursault, little appears to undermine this romantic notion. And certainly for the generation of winemakers now approaching retirement, this was, indeed, the story of their lives.

But subsequent generations are bending the models and expectations of the past, and while traditions continued to be preserved, the dynamics of the modern domaine and its heritage are changing with the rest of the world.

Like many Burgundians, Philippe Duvernay grew up with winemaking in his genes, but Duvernay was of a generation that was not necessarily destined to carry on the family trade. While his grandparents and their ancestors had made wine near Montagny in the Côte Chalonnaise for generations, neither Duvernay’s father, nor he had plans or training to go into the wine business.

But, like in countless stories, sometimes when a boy meets a girl everything changes.

When he was 17 years-old Duvernay was goofing off for the summer and walked into a bar in “the big city of Chalon-sur-Saône” and set eyes on the love of his life, Laura Bastien

But a year later, they were still together when Duvernay got out of high school and wasn’t sure what he wanted to do. When Coffinet’s father suggested that Duvernay come work with him in the vineyards, Duvernay didn’t have any better ideas.

After three years of watching the young man in the vineyards, and presumably also keeping an eye on how he treated his daughter, Coffinet’s father suggested that Duvernay was perhaps ready to produce his own wine.

Other than a brief period in the 1970’s when the family bottled a few wines and sold them with their own name on the label, Coffinet’s 18 acres of vines were usually sold to negociants. But if Duvernay was half as earnest as he is today, the elder Coffinet could probably see that this was a young man in whom a fire had been kindled that wouldn’t go out. “After only one year in the vineyards,” says Duvernay, “I knew this was my way.”

Duvernay and Coffinet have never married, but he now refers to her father as his father-in-law. They’ve been living together for 27 years, and have a son, Bastien, who having just turned 17, can’t wait to get out of school and into the vineyards full-time with his father. The domaine, though technically owned by Coffinet as her father’s sole heir, now bears both their names, just as it bears the fruits of their 23 year-long partnership to make wine together.

While Duvernay was working with her father in the fields, Coffinet was busy helping to take care of the paperwork that would be necessary to turn out the family’s first bottle of wine in decades, which they did successfully in 1989. Up until last year they still sold about 20% of their production to negociants, but moving forward they will bottle everything they grow.

After his three-year apprenticeship of sorts, Duvernay launched into his family enterprise with abandon. “I renewed everything,” he says. “I bought a new press, new tanks, a few new barrels, and I began focusing on a long elevage.”

Very little needed to change in the vineyards, as his father-in-law had taken reasonably good care of the family’s small trove of old-vine Chardonnay. Duvernay continues his farming practices under the banner of an approach favored by many growers called “La Lutte Raisonnée.” Those that operate under this approach, which is not governed by any certifying body, limit the use of chemicals in the vineyards to only what is deemed absolutely necessary. Cynics as well as proponents of stricter approaches such as organic viticulture (biologique) and biodynamic winegrowing suggest this approach offers little real commitment to reduce chemicals, while those adopting Raisonnée often cite their objection to the heavy use of copper (sulfate) by organic producers, which they believe does lasting damage to the soil.

While Duvernay had a precedent to follow in the vineyards, he found his own way in the cellar. “I try to work naturally, and to make something simple, something very traditional,” says Duvernay. “It is about culture as well as about wine. I don’t fine or filter and I don’t control the temperature. I do nothing. I crush the whole clusters of grapes, and I put them in the barrels and I wait. I don’t use yeast, or sugar. I’m lucky because I have a good cellar. This is the old way, and the best way.”

Duvernay also suggests that he is helped by the age of his vines. Some of his parcels, in particular the unique section of Caillerets that sits about 5 meters higher than the rest of the vineyard, have vines that are almost 80 years-old, while most of the rest are between sixty and seventy years-old.

“They don’t produce a lot,” says Duvernay, “but they are very deep.” It’s clear that he means more than just the roots.

Of course, some replanting must occur when disease forces the winemaker’s hand. “We replanted three parcels in our village appellations five years ago,” admits Duvernay “and in the future, who knows, we may have to replant some of our Premier Crus. If we do, I know I will never produce the same kind of wine from them. Perhaps my son will, in forty years.”

Duvernay and his wife are surprised and quite pleased at their son’s interest in making wine. When asked the most important thing he thinks he has to teach his son, Duvernay hesitates before answering. “I think it is a question of feeling, to have a view of what you want to do, to find your way and to to keep to it” he says. “The most important thing is to feel things, to feel the grapes, the terroir, and to feel how to make wine. To have a particular way of approaching the wine. Technically, winemaking is not very hard, but I think it is really a question of feeling.”

I ask Duvernay how he plans to teach his son to find this feeling.

“I try to show him things, and taste with him, and explain,” he says. “And I think he has started to work with me, and see everything. He sees me work and tries to understand what is my feeling. But if he wants to change some things, that will not be a problem for me. Maybe he won’t have the same feeling, and maybe he will change some things.”

If there is one thing Duvernay would like his son to stick with, however, it is his approach to vinification in as primitive a manner as possible. “I think it is so important to use the whole cluster, the complete juice,” he maintains.

Duvernay literally doesn’t own a destemmer. “It takes more time, and it is harder,” he says, “but ultimately that is what I feel is the best way. A lot of people also think so.”

Duvernay and his wife, who are in their late forties, believe that in four or five years, they will be able to transition much of the winemaking to their son. Laura does all of the work in the back office, so they will have to find someone to take over those chores, but the two say they look forward to traveling more, and meeting interesting people as they edge towards retirement.

I asked Duvernay what he feels like he wants to accomplish before he retires, besides successfully transitioning control of the domaine to his son.

As far as I can tell, what began as a teenage love affair has turned into something very special indeed.

2009 Domaine Coffinet-Duvernay “Premier Cru Le Dent de Chien” Blanc, Chassagne Montrachet, Côte de Beaune, Burgundy
Pale greenish gold in the glass, this wine smells of white flowers, wet stones and hints of apple flesh. In the mouth flavors of wet stones and those same floral notes persist, while apple and a sappy lemon curd sneaks into the wine. The wine gives the impression of being somewhat taut and perhaps less expressive than it could be. Tasty though, with great acidity. Score: between 8.5 and 9. Cost: $85. click to buy.

2009 Domaine Coffinet-Duvernay “Premier Cru Les Caillerets” Blanc, Chassagne-Montrachet, Côte de Beaune, Burgundy
Pale greenish gold in the glass, this wine smells of white flowers and hints of lemon zest and wet stones. In the mouth the wine has a delicacy, with beautiful white flower notes that waft over a base of lemon zest and wet stones. Beautifully silky and balanced, with excellent acidity, and a hint of salinity. Quite elegant. 13.5% alcohol. Score: between 9 and 9.5. Cost: $100. click to buy.

2009 Domaine Coffinet-Duvernay “Premier Cru Les Fairendes” Blanc, Chassagne-Montrachet, Côte de Beaune, Burgundy
Light yellow gold in the glass with a hint of green, this wine smells of wet stones and white flowers. In the mouth the wine has a wonderful wet stone quality, with breezes of lemon curd, lemon zest, and white flowers trickling over that minerality. Good acidity, and lingering floral notes in the finish. 13.5% alcohol. Score: around 9. Cost: $80. click to buy.