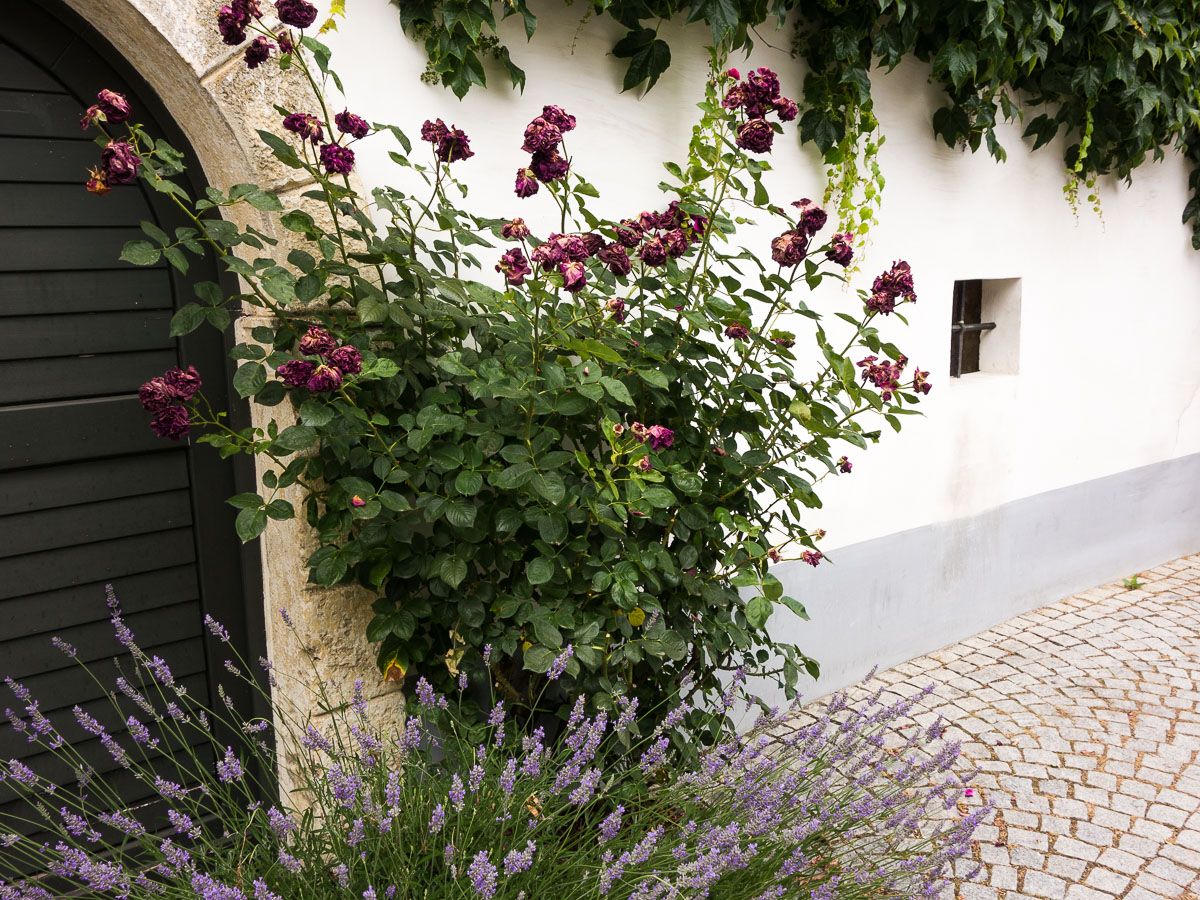 One of the greatest pleasures in the life of the truly wine-curious emerges in the revelatory taste — that moment when an unknown wine hits the palate and assails the mind with an unexpected intensity of interest, complexity, and pleasure. The pursuit of such moments motivates much of my tasting, and various shades of this experience prove the most important rewards of the thousands of hours and thousands of wines I spend on my wine activities.

I had tasted Blaufrankisch before my first sip of the wines from MORIC, but if you’ll pardon the poetry, I had never really tasted Blaufränkisch. My impression of Austrian red wines was not exactly favorable, despite valiantly tasting my way through the red wines in the Terry Theise portfolio and several others. But my first taste of MORIC

wines, which you can read about in my review from 2007, made it clear that my impression of Austrian red wine needed some serious revision. More than that, it needed to be thrown out the window.

Roland Velich comes from a winemaking family, and spent several years working with his brother at the winery that still bears their last name in addition to working as a croupier. But while Velich was engaged intellectually by the winemaking, he did not find it as compelling as drinking wine. Specifically, he began to taste some of the world’s greatest wines of terroir, in particular Burgundy and Piemonte, and saw a gulf between the wines he and his brother were making and the potential he tasted in these world class wines.

Velich began an intense study of these wines — where they were grown, how they were grown, and how they were vinified — with the goal of understanding at a deep level what produced greatness in wine. And then, when he had learned enough, he set out to make an Austrian red wine that belonged in the same pantheon as the great Grand Cru Burgundies, the Northern Rhone, and the legendary vineyards of Barolo.

Velich’s interest in Blaufränkisch was initially driven by circumstance. He was

looking to make a cooler climate red wine in his home country of Austria, and only a few grapes fit that profile. Velich found himself exploring the undulating countryside of the Pannonian Plain in Austria’s Burgenland region, right on the border with Hungary. Like a sculptor who suddenly discovers his ability to “see” the figure in the raw block of marble, Velich’s explorations of Blaufränkisch revealed a profound truth: namely that Blaufränkisch, like Pinot Noir, Nebbiolo and Riesling, could amplify and transmit a true sense of place.

While I certainly can’t claim to have understood the grape at the same level of Velich, my trip to Austria this past March provided me the opportunity to taste a number of Blaufränkisch wines and in the process I also became a believer. Tasting the MORIC wines was one thing. Tasting the wines of a number of other producers and seeing in the best of them a similar depth, complexity, and transparency that I found in Velich’s wines was enough to convince me of the truth that Velich saw in 2001 that led to him founding a winery whose sole purpose consisted of expressing this truth: The MORIC Project.

When I was tasting his second vintage in 2007, Velich still referred to the winery as a project. Now his wines are the highest rated red wines in Austrian history by any critic, and he has dropped the “project” designation. He’s proved his point, even if he has not yet proven to himself that he is on the track of his ultimate goal: to great one of the world’s greatest red wines. To do that, he has to make great wines for several decades and then start drinking them after 20, 30, and 40 years in the bottle.

But he, and many of his fans, among which I have counted myself for the past six vintages, are convinced that he’s at least on the right track.

Velich farms several sites in Burgenland, growing grapes on long term contracts where he can control every aspect of viticulture. The two most impressive, which he vinifies as single vineyard sites, are the Neckenmarkt and Lutzmanssburg vineyards. Neckenmarkt is a hillside vineyard that descends out of the nearby Ödenburger Mountains in a breezy chill, its metamorphic soils and dense planting giving the 45 to 85 year-old vines little comfort in their efforts to ripen fruit. Lutzmanssburg, on the other hand, is a warmer, flatter place about 10 kilometers away, and tends to be easier on its 100+ year-old vines, who are so closely packed together they make their own lives difficult.

Velich’s winemaking would be instantly recognizable to anyone used to making top-quality Burgundy. He spends the majority of his effort in the vineyard, and then when the grapes come into the winery, only perfect fruit goes into the fermenter along with nothing else. The wines ferment with native yeasts, and then

go through secondary fermentation in old oak casks, taking as long as they need to, sometimes more than a year. New oak is kept to a bare minimum and the wines are bottled unfined and unfiltered.

While they aren’t easy to get, thanks to their limited quantities and partial obscurity, and because like many great wines, they also demand something of the taster, these profound reds are not for everyone. But if you’re in search of truth in a bottle, “the force is strong with this one.”

2009 Moric Reserve Blaufränkisch, Burgenland, Austria
Medium to dark garnet in the glass, this wine smells of mulberries, wet earth, and peeled nuts. In the mouth the wine has a wonderful smoothness, a seamlessness that welds dark earth, green piney forest floor, stone, and mulberry/black raspberry flavors together in a silky blanket over the tongue with notes of leather and tobacco that linger in the finish. Did I mention the texture? Gorgeous. This wine is poised, and remarkably… ready, though it will doubtless age gracefully for years. Hot damn. 13% alcohol. Score: between 9 and 9.5. Cost: $48. click to buy.

2009 Moric “Neckenmarkt Alte Reben” Blaufränkisch, Burgenland, Austria
Dark garnet in color, this wine smells of peeled hazelnuts, dry parchment, and dusty earth. In the mouth the wine is incredibly juicy, with remarkable acidity for a red wine, which delivers flavors of mulberry, sour cherry, and cassis to the palate in a burst of sour spiciness. Hints of exotic oils linger in the finish along with a citrusy brightness. Phenomenally balanced. Stunning. 13.5% alcohol. Score: around 9.5. Cost: $135. click to buy.