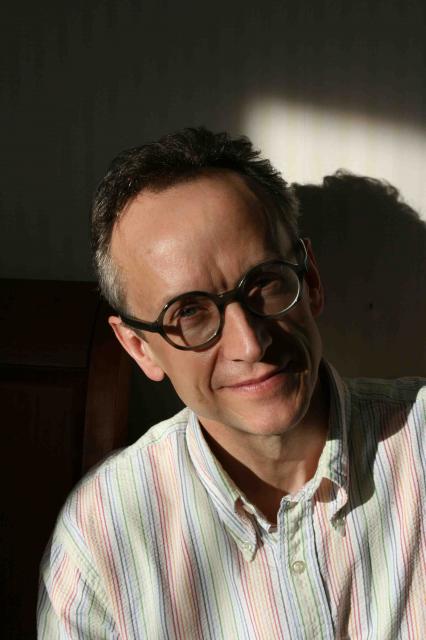 Jefford’s career in writing has been long and varied, including stints at many reputable outlets for journalism and wine writing, as well as having written several books. At present he is a columnist for Decanter Magazine and The World of Fine Wine quarterly.

I enjoy reading Jefford’s column in Decanter every time it pops up in my news alerts, but I had never met him, nor delved deeply into his writing or thinking prior to meeting him at the conference last week.

The theme for this year’s EWBC was “Source” — a broad concept centered on the role that Turkey has played in the ancient history of wine (namely that it has a good claim on being both the location of some of the earliest known winemaking, as well as the earliest progenitors of today’s well known grape varieties).

Jefford’s speech on the topic was remarkably thoughtful and articulate. Normally I would share with you my cribbed-together, pseudo-transcript of the speech, but since Jefford has been so kind as to post it on his own web site, I’ll just direct you there to read it.

Several things struck me as I listened to the speech, but one of the first (after an appreciation for how well written it was) included the fact that while Jefford might easily be considered one of the old guard of the wine writing world, back when wine writing was scribbled out on legal pads with fountain pens while smoking cigars in dimly lit rooms, he clearly understands the current state of the now fully electronic and social media landscape:

“The fact that this conference exists is proof that the old wine-writing world has disappeared. The creature which we used to call ‘a wine writer’ has died.

By which I mean that the comfortable old existence of press trips, press tastings, affable print articles in which you nuance your enthusiasms, plus the occasional sponsored ramble between hard covers is gone forever.

I still write print articles, but they represent under 40% of my income, and that percentage falls further every year. It’s also the least remunerative of the things I do.”

Jefford also eloquently addresses the role that story plays in all good wine writing, but more importantly, its link to what is inspiring about wine. Jefford’s exhortations for writers to remember, and never lose sight of, the things that kindled our passion for wine was a reminder that everyone needs to hear now and again.

We’re at a point where wine blogging can hardly be called a novelty anymore, for those who write nor for those who read. Early on, the newness of wine blogging was enough to sustain many bloggers, but that shine has clearly faded. For the past few years I’ve watched wine blogs wink out of existence, like the degraded filaments in old light bulbs. The amount of time and energy required to actually keep a blog going requires more than the encouragement of a dedicated group of readers and occasional commenters.

The best way to avoid both hazards, I think, is to keep faith with the moment or moments of inspiration which brought you to wine in the first place. I don’t know what those are; only you do. Springs tend to come into being in quiet and secret places. But that freshness and that innocence lurks somewhere behind most of the best writing about wine.

Indeed it drives great communication in general. We see things most clearly from those who can contrive to suggest that they’re seeing them for the first time.

Jefford concludes his speech with the suggestion that the wine world could do with a little more irreverence and hilarity, suggesting bloggers, in particular were well positioned to cover that base, considering they don’t have editorial oversight committees to put any damper on the silly or slightly profane.

I encourage you to read the whole thing if you’re interested.