Lead the Armada or Drink Burgundy. Apparently You Can’t Do Both. 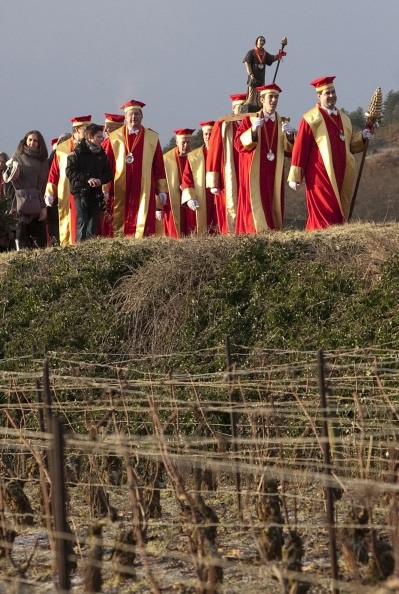 If you were in the running for being Chief of the Navy, the correct answer would be no, apparently, even if the meeting you were attending happened to include a lot of heads of state.

According to Time Magazine, James Stavridis, the U.S. Navy Supreme Allied Commander for Europe is no longer eligible to run the entire U.S. Navy because he did exactly that, and it was deemed to be in violation of Pentagon policy. Specifically Department of Defense regulation 5500.07-R – “Policy on booty calls, beer runs, and wine parties using official aircraft.”

Now I know we live in a parochial country, and that the U.S. Navy isn’t exactly the kind of organization that appreciates playing it fast and loose with large bits of expensive machinery that run on very pricey petroleum, but come on. The guy wanted to go drink some wine. What was he supposed to do when Dijon is land-locked? A boat was out of the question, people.

Of course, maybe this is the sort of thing an Admiral and Supreme Commander should have done on his own dime and time, rather than spending taxpayer dollars, but I’m here to say I’d much rather have my tax dollars go to this guy’s jet fuel and a nice glass of Burgundy than a second engine for an F-35 Joint Strike Fighter, or the R&D for the F-22 jet that can’t fly in the rain.

But my own predilections for wine (and genuine pleasure that the Navy seems to enjoy Burgundy) aside, was this really a big enough ethical lapse to keep this guy from running one branch of our armed forces?

Sometimes such incidents belie the real political machinations that are going on behind the scenes. Did Stavridis piss off the wrong person, who only needed this kind of excuse to knock him out of the running for a job? Given that the whole thing was unearthed thanks to an anonymous complaint, was he turned in by a rival?

I’m sure we’ll never know, but it’s a rough day when your career is ruined because you happen to love Burgundy. Admiral Stavridis, I’m raising my glass to you. I hope you’re drowning your sorrows in some Echezeaux.