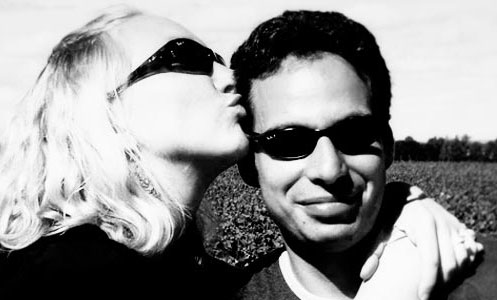 Most winemakers have some story of how they discovered wine. It’s quite commonplace in Europe to simply grow up in a winemaking family, but here in the U.S. most winemakers don’t have that luxury. Instead they often can recall a specific moment when the world of wine opened up to them, and they recognized the possibility of finding their life’s work in it.

Stéphane Vivier grew up in the heart of Burgundy, but his family, which hailed from elsewhere, was not a winemaking family, unless you count the small batches of homemade wine by aunts and uncles. When asked how he became a winemaker, Vivier likes to joke: “I fell into a fermentation tank as a kid,” and admits the reference to the classic French comic book Asterix, in which the character Obelix falls into a tank of magic potion that gives him superhuman strength.

But falling into a tank may just as well be an appropriate metaphor for just how this young teacher’s son ended up making wine for Aubert de Villaine, the co-director of Domaine de la Romanée-Conti.

Vivier was born in Beaune in 1974, the same year that de Villaine assumed control over DRC. His parents had just moved back to France a few years earlier from Cameroon, where they had both been teaching. In 1975, Vivier’s father stopped going to Africa and they settled in the Hautes-Côtes de Beaune region of Burgundy in a small village called Meloisey, near Saint Romain.

“My parents’ first friends in the village were winemakers,” relates Vivier, “and they also had children. My brother and I quickly met up with their children and the other kids in the village, and would spend hours playing in the vineyards. Like boys can be, we ended up breaking things, but the owners, instead of getting angry, told us that we could make money fixing them.” And so Vivier and his brother found themselves working in the vineyards before they even really understood what they were doing.

“On my 10th birthday, I had my first real taste of wine,” recalls Vivier. “My parents opened a 1974 Domaine Gros Richebourg that they had bought for 7 francs at the estate. I still remember how that wine tasted. It is one of my most vivid memories.”

Vivier leans heavily on that moment in tracing back what is clearly an important awakening of his senses. His memories of his adolescence from that point forward are suffused with sensory recollections.

“My mother and used to play this game,” he says. “We ate all our meals together as a family, and my mother would always be home before me cooking dinner when I returned from school. I would wait at the door, and I had to guess what she was cooking just from the perfume, from the aromas of the kitchen. My mother told me much later that she always believed I would do something that involved my nose.”

By the age of 13 Vivier had decided he wanted to be a winemaker, and the rest of his education was focused on this goal. He got a degree in biochemistry, and applied to the enology program at the University of Dijon. He was rejected two years in a row before finally getting in, undaunted, in his third attempt.

“Each time they rejected me, I would just go get some more experience, and come back and try again,” says Vivier. “I am very patient.”

While he was in school, Vivier was busy soaking up all the knowledge he could get from his parents’ neighbors, and anyone else that would let this scrawny, enthusiastic kid hang out in their cellar.

By the time he graduated with his degree, Vivier had his heart set on working in Burgundy, and was completely in love with Pinot Noir and Chardonnay. So, like any enterprising Burgundian, he applied for an internship at DRC.

“I got a very nice, two-paragraph rejection letter,” laughs Vivier. “I still have it!”

The only job anyone really wanted to give him was as a barrel salesman.

“But I didn’t want to sell barrels,” he says, “because until I had really made wine on my own I didn’t think I would know enough to sell them.” Stubbornly, he held out, looking for a position in Burgundy. But as the prospects dwindled, and time passed, Vivier began to cast his eye wider in the world of Pinot Noir, and saw a job being offered at a winery he had never heard of called Hartford Court, in California’s Russian River Valley.

“I applied for the job,” he recalls, “and they called to accept me and told me that it was only for six weeks. I said I didn’t want it unless it was for at least six months, and by some miracle they said yes.”

Vivier worked there for six months, saving his money carefully, and plotting to end up in New Zealand, where he went and found work at a winery in Hawke’s Bay during the winter of 2000.

“I loved working there,” he says, “but I was quite lonely, and felt very far from home.” So when a call came from Hartford Court telling him that an assistant winemaker / enologist position had opened up, he jumped at the chance, and spent 2 years getting what he calls a “serious education” in California Pinot Noir. The winery was owned by Kendall Jackson, which gave him the opportunity to see the workings of a much larger operation, including scouting and working with a wide variety of vineyards in California.

But then in early 2002 he got a fateful phone call from a fellow classmate in Dijon, the son of a Loire winemaker who had recently taken a job making the wine at a winery called Hyde de Villaine. His friend was actually just hoping that Vivier had the phone number of “some other French guy who worked at Kendall Jackson,” but by the end of the conversation, Vivier had convinced his friend to send his resume along. Three months later, Vivier had the job, and was working under the direction of perhaps the world’s most renown winemaker, Aubert de Villaine.

One day in 2006, a group of businessmen came to the winery to taste wine, and the group included an attractive young lady, who at some point was singled out by her boss, who told Vivier, “She tells me she can speak French.” Vivier can’t recall what he asked her, but she responded in slang.

“He told me if I ever wanted to practice my French we should go have a drink,” says Dana Sexton Vivier, “What a line!”

Dana had been working at Premiere Pacific Vineyards, a vineyard management and holding company after business school, and her boss had dragged her along ostensibly to be a translator for the day.

Dana and Stéphane were married in 2009 in a small ceremony at Hyde Vineyards. Their marriage still had the shine of newness on it when Stephane announced there was something wrong.

Dana knew that the couple was living on a shoestring budget, but she could tell that this wasn’t just a flight of fancy for her husband. “I said let’s do it, even if we have to put it on credit cards,” Dana remembers.

A few months later the couple were in Oregon at the International Pinot Noir Celebration in the Willamette Valley, and Vivier fell in love with a vineyard there, and in another few months had found a vineyard outside of Petaluma, California where a new vineyard was getting ready to yield its first fruit.

The final piece fell into the puzzle when Aubert de Villaine gave Vivier permission to make his own wine at the winery he had designed for Hyde de Villaine.

Now Vivier Wines produces four bottlings, a Pinot from the Sonoma Coast and one from Willamette, a rosé, and a single vineyard designate from the Petaluma site named the Sun Chase vineyard. Dana now handles most of the back office part of the small wine brand in her spare time while working at GI Partners, a company which manages a large portfolio of vineyard holdings.

Vivier’s winemaking techniques wouldn’t surprise anyone from Burgundy or anyone who loves those wines. He spends all his time in the vineyards so he can spend as little time as possible in the winery. “Henri Jayer likes to say, ‘once it’s in the tank, it’s too late,'” quotes Vivier.

He picks earlier than most (mid-September, usually) and destemms his Willamette Valley fruit, leaving about 25% whole cluster for his Sonoma Coast Pinot. He ferments everything with native yeasts, and tends to let the fermentation run a bit hot, he says, suggesting that it keeps him from having to do much work. “I’m a lazy winemaker,” Vivier is clearly fond of saying.

“The only time he takes off his pants and gets in the fermenter is when there are girls around,” laughs his wife. “I know, because I was once that girl.”

The wines are fermented in wood fermenters, and then spend time aging in French oak barrels, with almost no new wood. The one exception is his single vineyard wine which receives 50% new oak barrels.

The wines, unsurprisingly, are elegant and fine, with excellent balance and restraint. They may be a small side project for a talented and busy winemaker, but they’re worthy efforts that anyone would be proud of, and that most will enjoy. Highly recommended.

TASTING NOTES:
2011 Vivier Wines Rosé of Pinot Noir, Sonoma Coast
Palest baby pink in the glass, this wine smells of strawberry, watermelon, and wet stone and a hint of oat bran.. In the mouth the wine has a wonderful silky texture, and flavors of tart cherry, raspberry, wet stone and a light rosehip finish. Balanced and bright. Score: between 8.5 and 9. Cost: $18. click to buy.

2010 Vivier Wines Pinot Noir, Sonoma Coast
Medium garnet in the glass, this wine smells of sweet cherry and raspberry fruit, with a nice cranberry undertone. In the mouth cranberry and raspberry fruit have a wonderful taut brightness, with great acidity and a lovely texture. Light tannins slink along below the tongue, while acids keep an almost orange peel flavor lingering through the finish. Lovely. 13.9% alcohol. Score: around 9. Cost: $29.

2010 Vivier Wines “Sun Chase Vineyard” Pinot Noir, Sonoma Coast
Medium garnet in color, this wine smells of floral aromas, tea leaf, and a hint of caramel. In the mouth the wine is extremely smooth, really exquisitely silky, with beautifully integrated oak. Smoothness, integrated, bright, great acidity, with raspberry and cherry notes and a hint of earth that lingers in the finish. Score: between 9 and 9.5. Cost: $54.

Unfortunately, because they are made in such small quantities, these wines can be tough to find. The Vivier Wines mailing list is your best bet.