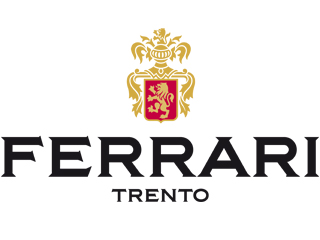 Who knows what it is, exactly, about sparkling wine that entices us so. But go to any wine region around the world, and you’re bound to find someone making sparkling wine there (for better or worse). Most, even the best contenders, have a hard time holding a candle to the benchmarks of Champagne. There are a select few regions and producers outside of France, however, that manage to make sparkling wines that are truly exceptional. Two of them (at least) are in Italy, and this is the story of one of them.

At the turn of the 20th century, Champagne was definitely the center of the universe for sparkling wine, as it had been for at least two centuries before that. So when an enterprising young Italian winemaker wanted to learn about making sparkling wines, there was really only one place for him to go.

Giulio Ferrari completed his winemaking degree in Italy, and then moved to Epernay, France, in the heart of the Champagne region to work and learn all he could about how the French were making their sparkling wines. In 1902 he returned to Trentino, in Italy’s Alto Adige, bringing with him cuttings of what would be the very first Chardonnay grown in the country, and the passion to make sparkling wine that could rival Champagne.

From his early plantings, and gradually expanding vineyards, Ferrari made small quantities of meticulously crafted sparkling wines for nearly 50 years. Known with great affection for his stubborn dedication to quality and attention to detail, his wines were sold to a group of customers that signed up months, even years in advance to purchase their allotment of wines. In the course of those five decades, Ferrari’s production grew from a few hundred bottles to only 9000. Bottles, not cases.

Aging, and without any heirs to carry on his work, Ferrari sold his winery and the brand to the Lunelli family, who, over the course of three generations, have turned the Ferrari into a small empire. At the same time, they have firmly established themselves as one of the foremost producers of sparkling wine in the world.

Now producing nearly five million bottles of wine a year, Cantina Ferrari is responsible for roughly 25% of the sparkling wine produced in Italy, a level of production that certainly matches the house against any of the big names in Champagne for significance.

Of course, Ferrari clearly didn’t care about volume, he cared about quality. To scale production is one feat, but to do it while maintaining quality is quite another. Remarkably, the Lunelli family has managed to do both. While I’m not one to put much stock in awards as guarantees of quality, the fact that Ferrari has won Gambero Rosso’s coveted Tre Bicchieri award for 13 vintages in the past couple of decades definitely means something.

Indeed, Ferrari is widely recognized as one of the top sparkling wine producers in Italy. Their portfolio of wines is quite broad, but still leans towards the Chardonnay based wines their founder strove so hard to bring to fruition.

Ferrari recently made interesting headlines in the world of wine. As a large producer, they obviously purchase grapes from many producers in their region. After a significant number of studies, the winery has decided not to purchase any grapes growing below 300 meters in altitude. Whereas even ten years ago, the winery could get excellent fruit from those lower elevations, now such fruit ripens too far and too fast for the quality of grapes that Ferrari requires in its wines.

Like many producers Ferrari offers both vintage and non-vintage releases, from the rarified Giulio Ferrari cuvee, to the more accessible and higher volume non-vintage brut and rosé, namely the two wines below.

But don’t let the fact that these two wines represent the entry level of this producer scare you off. They’re robust, delicious wines that punch well above their weight when it comes to quality for the price, and are the equal of some Champagnes that sell for more than double their modest tariffs.

NV Ferrari Brut, Trento DOC, Italy
Pale greenish gold in the glass, with medium bubbles this wine smells of toasted hazelnuts and sourdough toast. In the mouth, wonderful saline flavors of toasted sourdough, butter crackers and wet stones have a brightness and juiciness that is quite charming. The tineiest hint of sweetness comes through the wine to balance the racy acidity. Lovely, balanced and delicious. 12.5% alcohol. Score: around 9. Cost: $23. click to buy.

NV Ferrari Rosé, Trento DOC, Italy
Pale salmon-orange in the glass with fine bubbles, this wine smells of rosehips, hibiscus, and buttered sourdough toast. In the mouth toasty butter crackers mix with rosehip and citrus peel brightness amidst zingy acidity and a soft mousse. Excellent, and a wonderful expression of two grapes that seems to retain the character of each, while being a whole that is greater than the sum of its parts. 12.5% alcohol. Score: around 9. Cost: $32. click to buy.