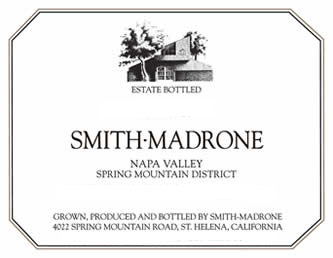 There are more legends, stories, fairytales, and fables than anyone could count that all involve some guy up on a mountainside somewhere. Sometimes a hermit, sometimes a wizard, sometimes a troll — sometimes just an old man who went to sleep under a tree for a long, long time. No matter what the story, there’s always something a little different about the guy on the mountain, something that is both scary and alluring at the same time.

Stu Smith might be living out yet another version of one of these tales. The fact that Stu sports a big gray and white beard under a wizened and kindly face helps to reinforce the possibility that he might belong in some ancient tale. His start as a winemaker certainly sounds like it belongs in a storybook somewhere: a lone hiker in the early Seventies, stomping through the forests on the mountainside above St. Helena discovers the remains of ancient vineyards and is struck then and there by inspiration.

In deciding to purchase that long-forgotten parcel of land, and turn it again into a vineyard, Smith began a forty-year odyssey as a pioneer, an iconoclast, and what looks to be a permanent fixture on Napa’s Spring Mountain. The venture, begun in 1972 with money from family and friends, is now one of the most established, and perhaps most under-appreciated wineries in the Spring Mountain District.

If you were going to start a Napa winery, even back in the Seventies, what would be the 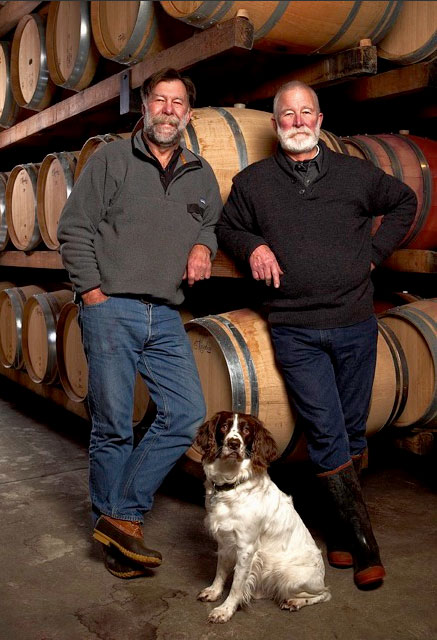 winery has produced one ever since, and even more surprisingly, especially to those unfamiliar with the winery, it’s quite good. To those who have known about Smith Madrone for some time, their Riesling is one of Napa’s best kept secrets. Like many other Napa wineries, they also make Cabernet Sauvignon and Chardonnay, but both have the kind of personality you’d expect from an operation that insists on making Riesling in the heart of Cabernet country.

Over the years, the winery has grown to a modest thirty or so acres, but only makes around 4000 cases of wine, split between Cabernet, Chardonnay, and Riesling. Smith, along with his brother Charles, and occasionally his two sons, likes to keep things manageable for a small family who choose to do a surprising number of things by hand.

The winery facility was built using stones and lumber from the property. As the winery was gradually assembled over the years, Smith and his brother discovered the remains of rock walls, caves, and old carriage roads created by the farmers who last ran the vineyards on the site, sometime before the turn of the century. Some evidence of the former tenants was not so hard to notice — the property boasts a carefully planted line of 22 olive trees, most of which are over 100 years old.

Perhaps it was inspiration from the 19th century vintners whose traces could still be seen on the land, or perhaps it is the only way Smith could ever have operated, but the winery operates very much on the model of small European cellars. From the small volume of low yield fruit that is hand harvested each year, to barrel fermentation in small lots, Smith Madrone wines are hand-crafted from start to finish. In a world where the phrase hand-crafted is now greatly overused, its worth emphasizing that this is the real deal.

Smith Madrone winemaking, done by Charles with a little help from Stu, is characterized by an emphasis on the traditional, including a strong tendency to avoid fining and filtration, as well as the somewhat unusual inclusion of a high percentage of American oak in the aging of its Cabernet, not unlike Ridge Winery’s Monte Bello bottling, with which 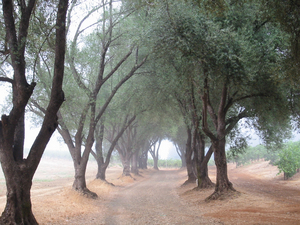 it shares some characteristics. The Smith brothers also like to make sure their wines are quite settled into themselves before they are consumed, which means their release cycle is somewhat slower than most. Whereas most Napa Wineries are offering their 2009 Cabernets to the market, Smith Madrone is just now releasing their 2007.

Perched up on the heights of the mountain above Napa, the winery is out of the way enough that it doesn’t receive a rush of visitors. Doggedly focused on making wine the old-school way regardless of modern trends, the winery also doesn’t see much time in the limelight. Which means its delightful wines, though made in small quantities, are relatively accessible to those who want something in their glass that tells a story of mountains and men and the grapes that they love.

TASTING NOTES:
2011 Smith Madrone Riesling, Spring Mountain District, Napa
Pale blonde in color, this wine smells of unripe apples, warm wheat, and poached pears. In the mouth, tart lime and lemon zest flavors are zingy with bright acidity and notes of pears and apple come bouncing along behind. Nice stony undercurrent to the wine, and a SweetTart™ finish. Just the barest hint of sugar, but this wine will taste dry to most people. 12.6% alcohol. Score: around 9. Cost: $26. click to buy.

2010 Smith Madrone Chardonnay, Spring Mountain District, Napa
Pale gold in color, this wine smells of lemon curd, melted butter and a hint of toasted brioche. In the mouth bright lemon curd and toasted nut flavors have just a tinge of oak flavor that adds a nice caramelized vanilla quality to the wine. Nicely balanced with great acidity. Definitely California in style, but clearly avoids the stereotype. 14.4% alcohol. Score: somewhere between 9 and 9.5. Cost: $30. click to buy.

2007 Smith Madrone Cabernet Sauvignon, Spring Mountain District, Napa
Inky garnet in the glass this wine smells of black cherry, cassis, and woodsmoke. In the mouth the wine has a dark tobacco and espresso flavors that underlie a deep black cherry and cassis core of fruit that broods stormily on a bed of velvety tannins. Distinctive and very elegant, while at the same time possessing something of a raw, ragged savageness that is quite appealing. The scent of new (American in this case) oak, whose presence is felt more than tasted in the wine, lingers through the finish. Contains 2% Merlot and 1% Cabernet Franc. 14.2% alcohol. Score: somewhere between 9 and 9.5. Cost: $42. click to buy.