Grape Pickings for US Lawyers 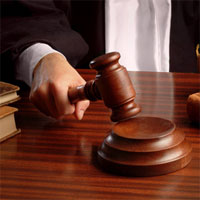 These days it seems as though the tool of choice for the upper echelon of the American fine-wine scene is neither a Laguiole nor a personal cellar consultant, but a lawyer. The buzz of conversation among sommeliers and wine geeks this past month has not been over the latest lower-alcohol wine from the Sonoma Coast or the effects of root days on wine-tasting events, but instead has focused on the veritable soap operas of wine unfolding in the courtrooms of America.

The biggest news by far was last week’s announcement that billionaire William Koch had won a lawsuit against wine collector Eric Greenberg, whom jurors found guilty of knowingly consigning fake wines to auction, which Koch later purchased. Koch has gained notoriety as a plaintiff in many lawsuits concerning fake wine over the last decade, including one for the infamous Jefferson bottles that made Koch the central figure in Benjamin Wallace’s The Billionaire’s Vinegar.

Koch has won lawsuits in the past, including a default judgement against Hardy Rodenstock in absentia, and has settled out of court with Zachy’s auction house on another matter, but this victory was both more decisive and more visible than his past efforts.