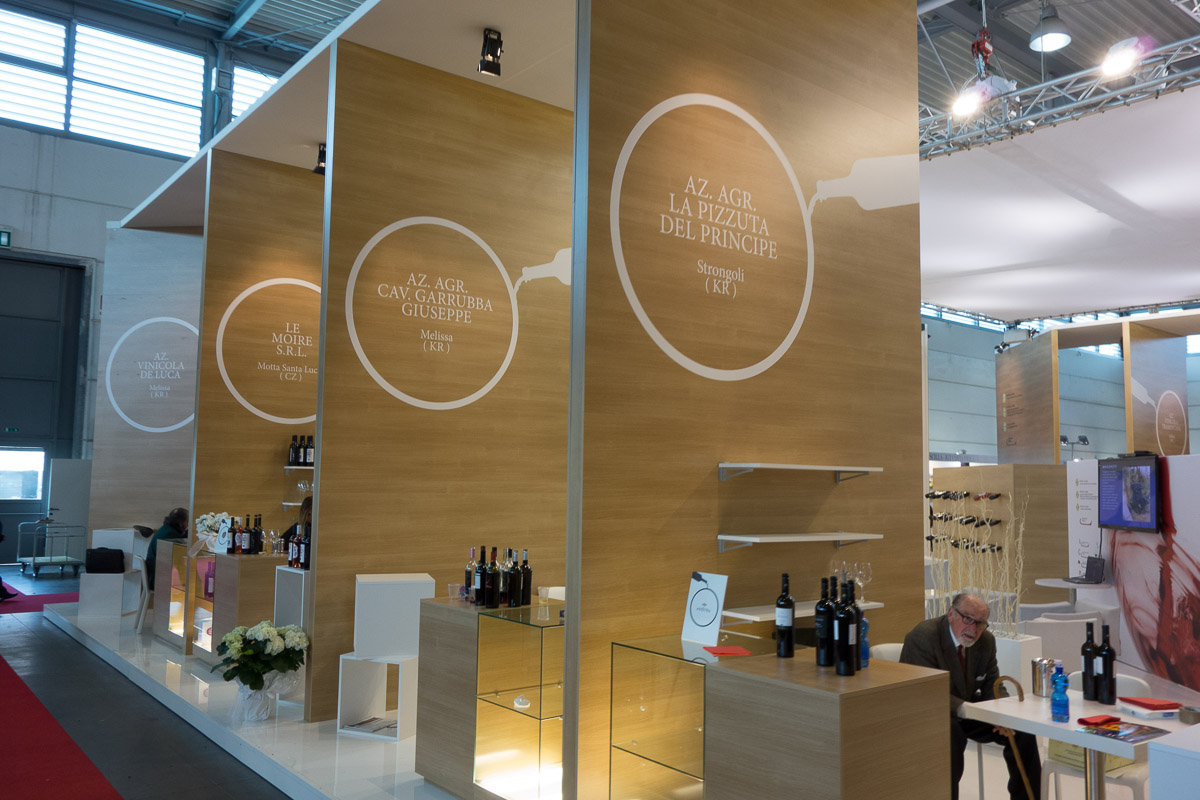 In seemingly only a blink of an eye, Vinitaly2013 is over. I suppose it’s hardly a surprise that after four days at the world’s largest wine exposition, I feel like I’ve barely scratched the surface. I tasted a lot of wine, but not nearly enough. Italy’s incredible diversity and depth was fully displayed but any ordinary human would need weeks, not days, to fully appreciate it.

Admittedly, I spent a chunk of my time at Vinitaly not tasting wine, but participating in conversations with winery owners and industry folks. Monday I participated in the VinItaly Business Series conversations, both as a speaker and as an attendee. This year’s talks focused largely on China, and included an A-list group of speakers from that country, including the heads of some of the country’s largest online wine vendors and communities.

The numbers that these speakers shared about the nascent wine industry in China were staggering. The scale and speed of development in the consumer market for wine in China makes it easy to understand why so many people in the wine industry are treating it like a gold rush.

Here are some of the facts that I managed to jot down during the talk (any errors almost certainly are mine):

• The company TMall and its platform represents 90% of all e-commerce transactions in China, with 70% annual growth
• Tmall has 500m registered users and 40 million daily unique users
• TMall’s biggest single day ever? $2.1 Billion in sales (incl. 500,000 bottles of wine)
• TMall hosts 1200 different wine stores, but sales are growing 400-500% each year
• By 2014 China will be the second largest e-commerce market in the world, and by 2017 it will be the largest.
• Currently 77% of e-commerce in China is consumer-to-consumer (see AliBaba, China’s version of eBay).
• YesMyWine, #1 online wine seller and the #3 largest seller of wine in China sells on average 20,000 bottles of wine per day, and on a one-day promotion in 2011, sold 120,000 bottles in a single day.
• YesMyWine imports $10m of wine into china making it the 13th largest importer
• VineHoo, China’s wine flash sale site has average transaction of $45 and 65% repeat customer rate

I participated in a panel about social media, and for my part, tried to convey the value of social media outreach and engagement to Italian wineries. I tried to illustrate the power of social media by doing four or five random italian wine related searches on Google. Phrases such as “best chianti,” “isole e olena wine review,” “brachetto review,” and more all yielded a first page of search results that were at least 30% social media results (reviews by bloggers, twitter mentions, community tasting notes, etc.) and in most cases, these mentions were the top results for each query.

I tried to underline the importance of this fact with the behaviors and technology adoption of the youngest generation of wine drinkers. In short, for the foreseeable future, most people will be Googling for wine information, and when it comes to social media versus traditional wine media outlets, there’s no contest in terms of visibility and accessibility.

I also tried to convey the value of social media in building relationships with consumers. Someone in the audience asked the most common question about social media that seems to appear in such discussions: how do you measure the ROI of these efforts?

Stealing a line from my friend Paul Mabray at VinTank, I asked the question how she measured the ROI of answering the phone when customers called the winery. I went on to explain that the world had changed, and while most people aren’t quite used to it yet, we are in an age where people reach out to companies via social media in the same way they used to call. But more importantly, we expect companies to answer in the same way. But I’ve written about this before at length.

Despite my best intentions, I didn’t even make it into every pavilion at the event. I did manage to visit Abruzzo, Marche, Friuli, Piemonte, Sicily, Tuscany, Emilia-Romagna, Veneto, Puglia, and Campania.

It’s hard not to walk through these immense halls of wine in a complete daze, paralyzed by the “paradox of choice.” It is sometimes easier to sit somewhere and dive in deep rather than wandering from winery to winery.

I did some in-depth tasting of Puglian rosés, Sicilian reds from Etna, and a bunch older vintages from the marquee sparkling wine producer, Ferrari, among other things.

I also spent some time in the ViVit area of the fair which was a gold mine of fantastic wine. This area represented VinItaly’s attempt to bring many of its organic, biodynamic, and natural wine producers back into the fold, after several years of these producers holding their own events outside the fair (indeed, two such events are still being held the ViniVeri event and the new VinNatur event which either preceded Vinitaly or occurred simultaneously). 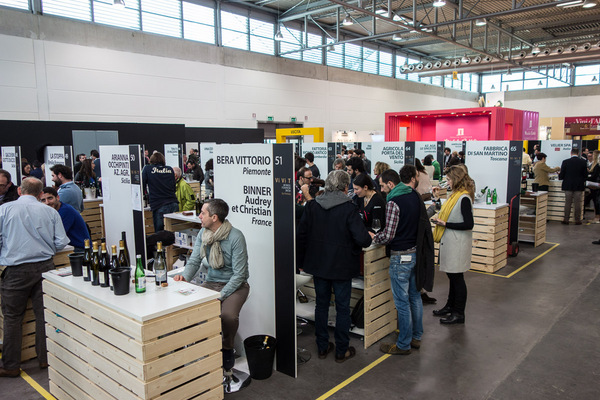 From what I could see from a couple of visits, the ViVit area of Vinitaly was a smashing success. In fact the area regularly ran out of glassware, resulting in log-jams of people waiting at the entrance for clean glasses to arrive.

Interestingly this area also included some wineries from outside of Italy, including Spain, Austria, and France.

While I was wandering in this area I managed to taste from some of my favorite Italian producers, as well as discover some new ones. Stay tuned for more in-depth coverage of the latest releases from Bressan, COS, Radikon, Skerk, and Stella di Campalto.

After the final bell yesterday, the attendees drained slowly out into the city, and were greeted by the best evening in weeks, the cold rains of the previous few days having been replaced by sun. Despite a somewhat grueling day of tasting, I had a lot of energy, and decided to soak in a little bit of Verona rather than hole up in my hotel and write. It was a good choice, and a wonderful reminder of how much I love this little town. Spending a couple of hours watching the sun creep its way through the narrow alleys of Verona’s cobblestone streets is good for anyone’s soul. Especially when it is followed by an hour spent in a quiet little trattoria savoring slow cooked eggs and black truffles with a glass of Lugana, and crispy pork loin with tomatoes and a glass of aged Barolo. 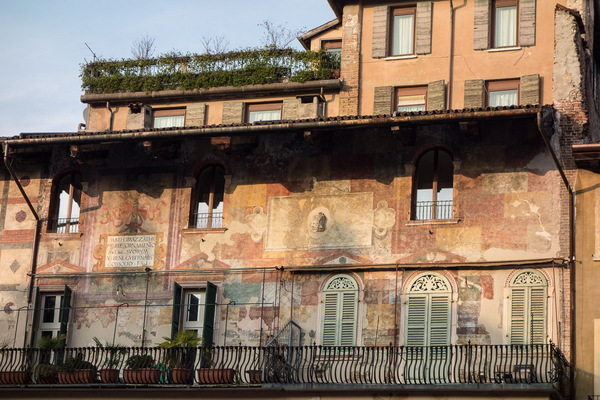 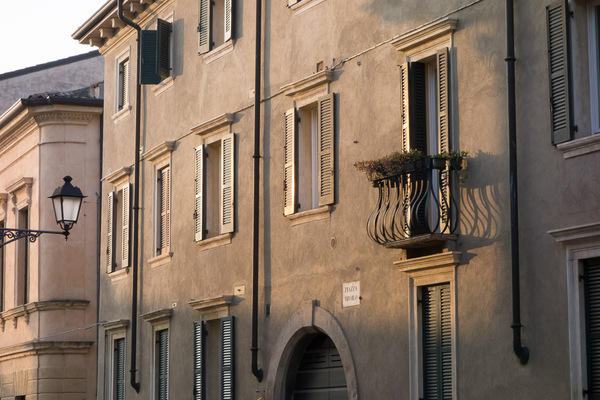 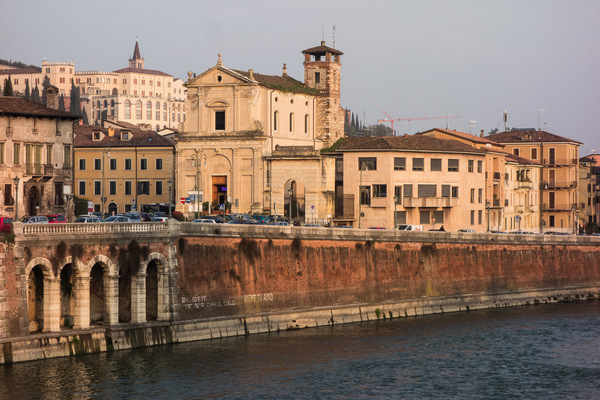 And in that vein, I’m now off to Sicily, where I hope to bring you news (and photos) of fountains of lava and bottles of Nerello Mascalese.