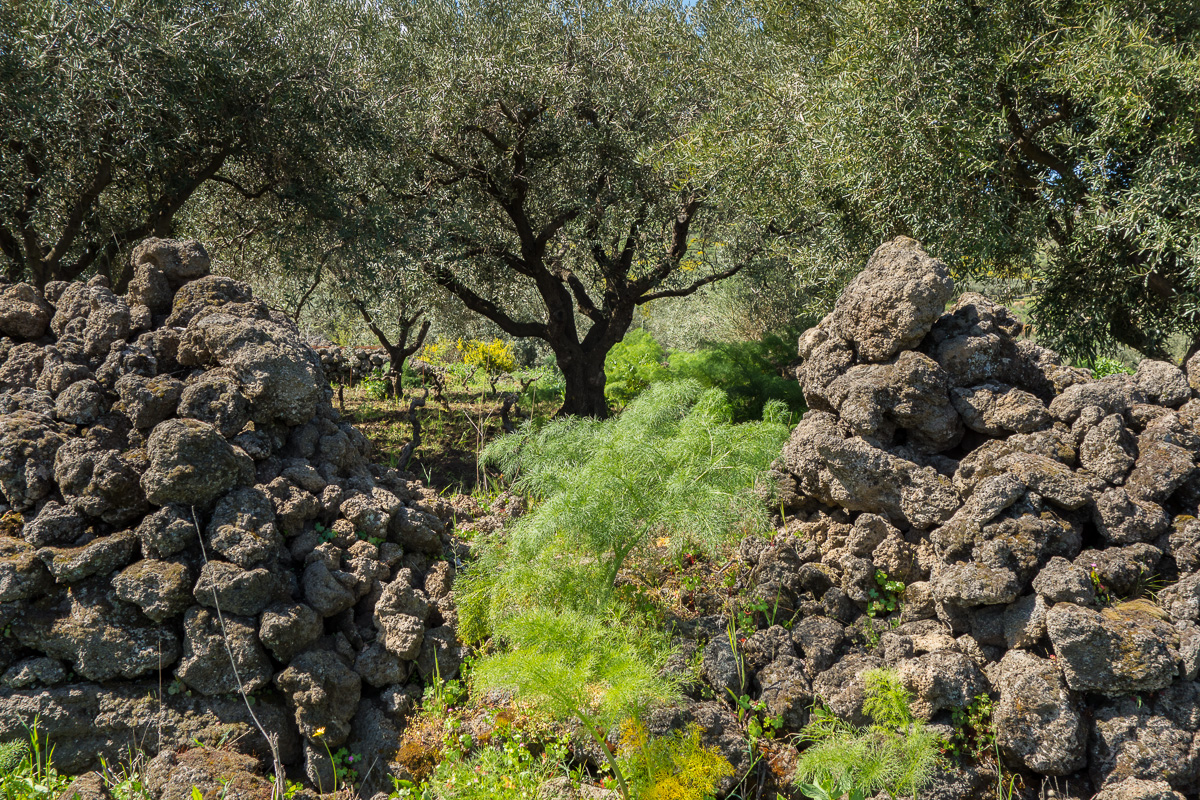 , and sat down to a bowl of her rustic pork ragu and freshly made pasta, and practically burst into tears it was so good. Simple, essential, bursting with flavor, and perfectly spiced — the tangy tomato sauce playing counterpoint to the rich, fatty saltiness of the pork and the starch of the pasta.

Faro grinned as I tucked into the bowl enthusiastically, and confided that it was among his favorite dishes growing up. He waited patiently while I apologetically scarfed up several more mouthfuls before turning to my notebook and pen to learn how he had become the proprietor of a small winery named Pietradolce on the slopes of the volcano that boomed occasionally in the background as we ate, talked, and drank.

The Faro family are perhaps most easily described as nursery magnates. They run a vast and highly-successful ornamental plant business that spreads over many hectares just outside the little hamlet of Carruba di Riposto in the province of Catania, Sicily. From precious small plants to large palm trees, the Faro family exports plants all over Europe, with delivery trucks rumbling down the improbably narrow back streets of Carruba at all hours to the massive shipping terminal that attaches to the orderly nursery grounds and greenhouses. 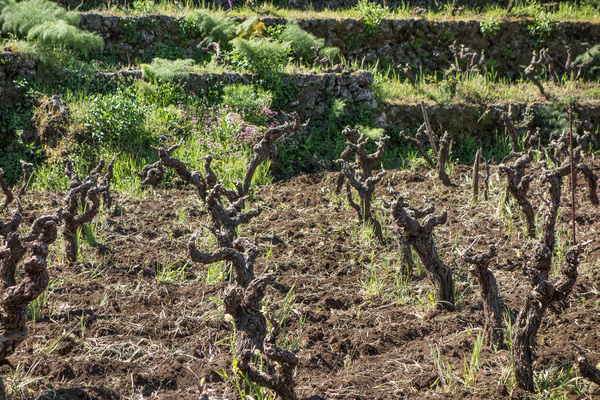 The 18-room hotel that Faro has named after his mother sits at the heart of this nursery operation, and is clearly funded by the former’s great success.

“My family were winemakers three generations ago,” says Faro, “but my father strayed into landscaping agriculture and we stayed there.” Still, Faro remembers his grandfather making wine from a three-acre plot when he was growing up, and he distinctly remembers his first taste of wine at 10 years old, a sip of Nerello Mascalese ceremoniously drawn from his grandfather’s old oak cask.

As Faro began his professional career as part of the family business, he found himself increasingly interested in wine and at the same time wondering why his family had abandoned their winemaking roots.

“I had fallen in love with wine at that point,” says Faro, recalling his thinking in 2000 when the idea to start a winery came to him, “and I thought why not get back to winemaking?”

In 2001, vineyard land wasn’t hard, nor expensive to procure on Etna, thanks to the utter impracticality of making a living growing grapes in the 21st century. The small villages that ring the slopes of Mount Etna were surrounded by countless tiny plots of old vines, abandoned in favor of pursuits more economically sound.

With the help of hired winemaker Carlo Ferrini, Faro sought out a total of 16 acres of old vines high on Etna, which he carefully rehabilitated. Some are 120-year-old, pre-phylloxera Carricante vines whose twisted trunks produce precious little fruit each year. Already trained in the ancient albarello (head pruned) style, Faro eliminated every trace of modernity, ripping out the formed cement posts that supported many vines and providing wooden stakes to those gnarled vines that couldn’t hold up their own weight. Together they produced the first vintage of Pietradolce in 2005.

The vines are mostly dry farmed, and have never been treated with insecticides, or herbicides. They occasionally get a small dose of organic fertilizer mixed with water drawn from a well that sits next to the tiny stone hut that is slowly crumbling nearby.

Faro’s oldest vineyards are in the Contrada Rampante area of northern Etna, and at the upper limit of altitude for the DOC growing area.

A few days after our dinner, early one morning we bounced up an irregularly maintained dirt road to take a look at some of his oldest vines. 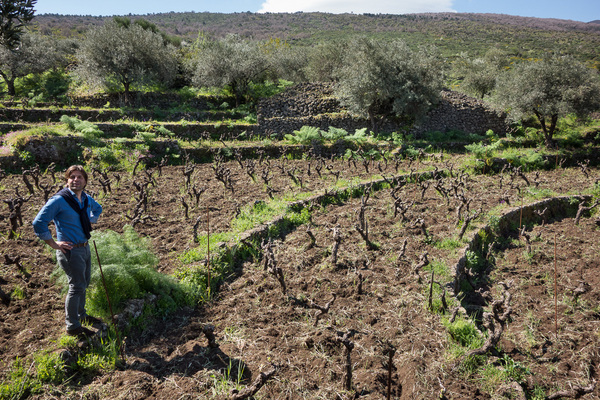 “We’ve just got these small pockets of soil, and then other than that it’s just rocks, rocks, rocks, rocks,” says Faro as he stands with boots sinking into the powdery, pulverized stone that passes for soil under his scraggly vines. He points out the torrette at the back edge of his semicircular vineyard plots, which is basically a small ziggurat-shaped pile of rocks that represents a portion of what the creators of this vineyard had to drag out of the way in order to get a hectare or two of workable land.

The vineyards are ringed by 50 to 60 year-old olive trees, whose grassy and fruity-sweet oil I sopped up with bread while singing his mother’s praises a few nights prior. 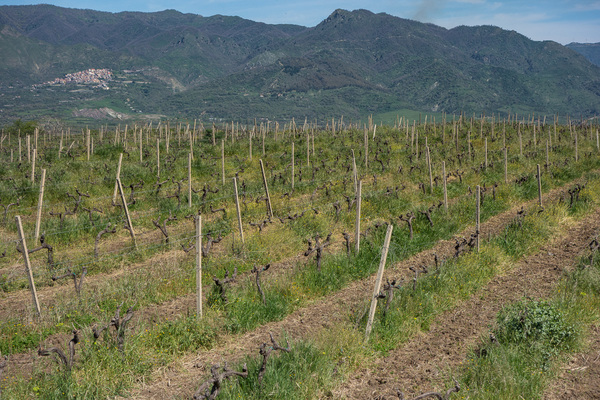 From the scraggly vines of Faro’s precious Vigna Barbagalli vineyard, we head down the slopes of Etna to the newer Zottorinoto vineyard which fills out Faro’s tiny holdings. We sit on an old stone bridge that spans the creaky railroad tracks that only occasionally see use these days. In the shadow of an ancient stone palmento, or press house, Faro explains his plans for one day turning it into a tasting room.

Despite clearly having the means, Faro has no intention to turn Pietradolce into something big. “I want to let it grow, but not fast,” he says. “This is not an area that can support a big company, and we don’t want to become one.” 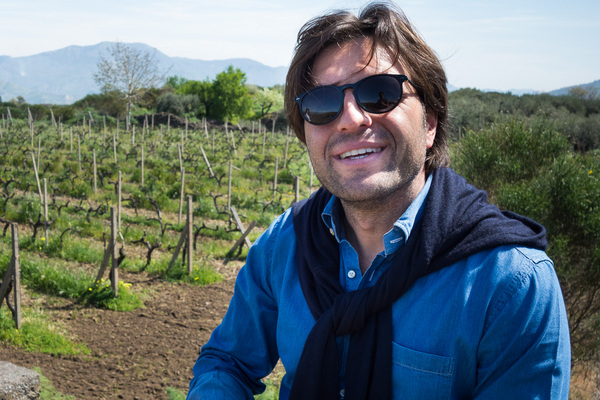 The winemaking at Pietradolce sticks to the simpler end of the spectrum. The wines are inoculated with commercial yeasts, but see very little new oak. The whites and rosé are vinified and aged in steel, while the reds are vinified in steel and then aged in large old oak casks.

Pietradolce produces a few thousand cases split across five wines. The primary wines are the Archineri white and red, but recently Faro began making a single vineyard bottling from his Vina Barbagalli, a less expensive red, and a rosé.

I had the opportunity to taste a portion of the portfolio while I enjoyed the remainder of Donna Carmela’s pasta. The wines are composed and elegant, and prototypical examples of why Etna wines are so compelling and delicious.

Donna Carmela should be proud. 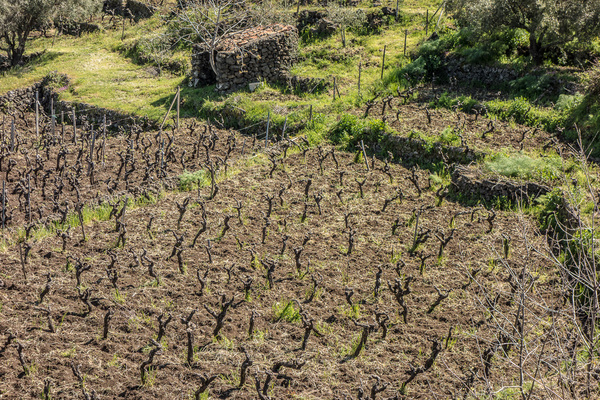 2011 Pietradolce “Archineri” Etna Bianco (Carricante), Etna, Sicily
Medium blonde in the glass, this wine has a wonderful combination of pomelo pith and white blossom aromas mixed with the sharpness of freshly grated exotic citrus zest, all wafting up from a deep stone well. In the mouth, crackling acidity makes flavors of asian pears, white flowers, and deep wet stone vibrant and pure on the palate. Notes of lemon oil and rainwater linger in the long finish that tastes like sucking on a chunk of quartz. Outstanding. Score: around 9.5. Cost: $30.

2010 Pietradolce “Archineri” Etna Rosso (Nerello Mascalese), Etna, Sicily
Light to medium ruby in color, this wine smells slightly smoky with primary aromas of forest berries and wet stones. In the mouth, gorgeously bright acidity mixes flavors of crushed rocks, dried flowers, and bright berries all wrapped in a gauze of powdery/chalky tannins. A hint of wet sawdust enters the finish. Zippy and mouthwatering, with profundity lurking just under the utterly pleasurable surface of the wine. 100% Carricante from 100-120 year-old vines. Score: between 9 and 9.5. Cost: $33. click to buy.

2009 Pietradolce “Archineri” Etna Rosso, (Nerello Mascalese), Etna, Sicily
Light to medium ruby in the glass, this wine smells of crushed berries, forest floor and pulverized stones. In the mouth gorgeous berry flavors mix with an incredible aromatic sweetness that carries scents of dried flowers deep down a shifting sinkhole of pulverized stone. The wine tastes as if it has been filtered through crushed rock dust, and the powdery tannins somehow contribute to this textural and flavor quality in the wine. Incredible balance and length. Outstanding. Score: around 9.5. Cost: $33 click to buy.