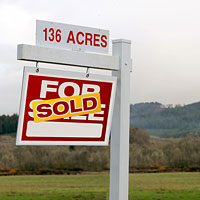 When it was announced in late July that François Pinault’s Artemis Group, owner of Chateau Latour, was purchasing Napa Valley’s famed Araujo estate, waves of speculation and commentary rippled through the California wine community. On popular wine bulletin boards, some wine geeks and Araujo customers proclaimed they were ‘shocked’ by the move, while others joked that perhaps it meant Araujo’s wines would get less expensive in poor vintages.

That one of Bordeaux’s greatest estates would look to the Napa Valley somehow still seems a novelty to most, despite a long history of European investment in California in general, and in the Napa Valley in particular. Indeed, when critic Robert Parker decided to foreshadow the announcement of Cos d’Estournel’s purchase of Napa Valley’s Chateau Montelena (subsequently scrapped), he could hardly have used more superlatives.

‘Huge news from Napa tomorrow unless it leaks’, wrote Parker. ‘One of the biggest stories in my 30 years in the wine field will be the detailed announcement … officially set for tomorrow … that will shake the fine wine world.’

Echoes of that excitement could be seen in the commentary and news that followed the Araujo sale. The idea of Bordeaux buying into the Napa Valley still tickles the American fancy.