Napa Wines and a Diversity of Opinions 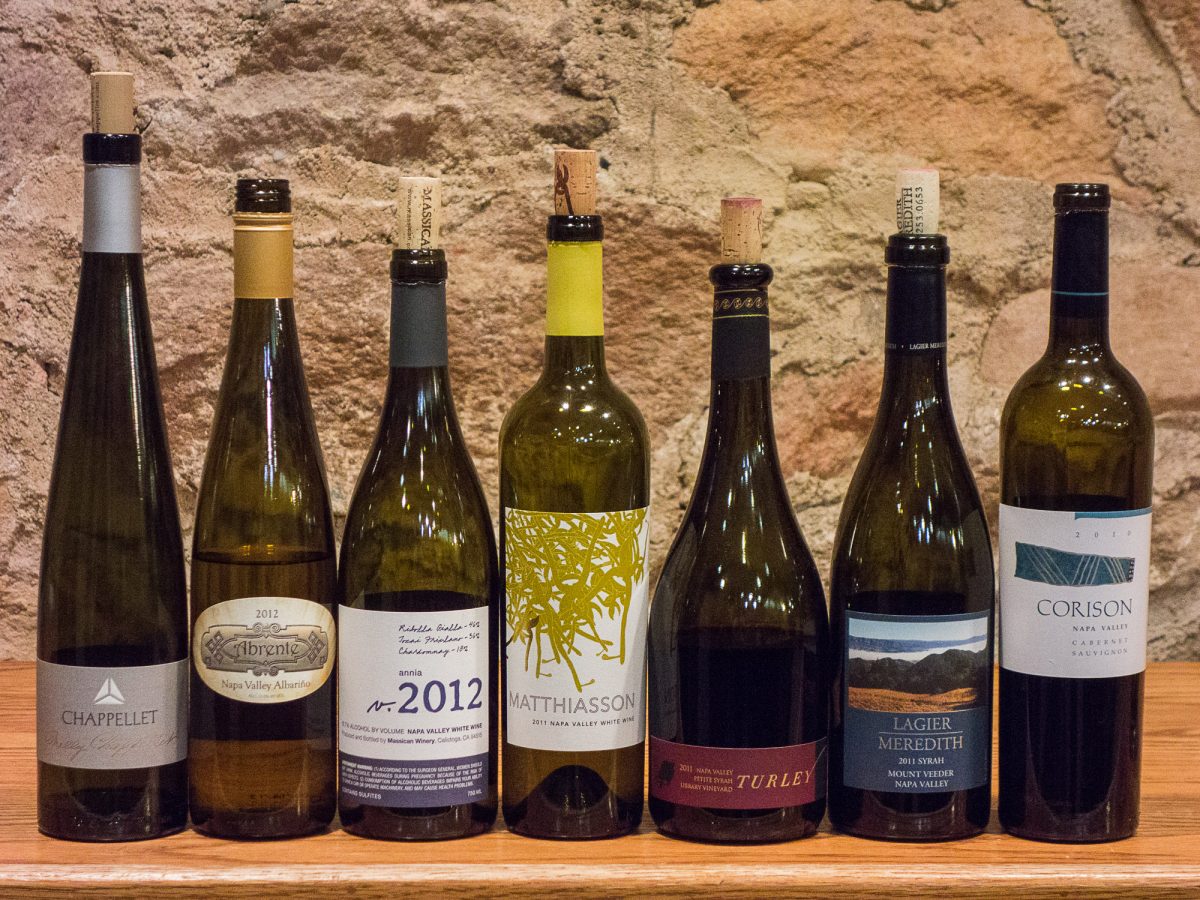 Who would have thought a simple little tasting of lesser known grape varieties made into wine in Napa would be so divisive?

Last month, as many of you know, a bunch of journalists and aspiring journalists attended the Symposium for Professional Wine Writers in Napa. This three-day event offers a unique opportunity to both network with fellow wine writers, as well as to improve one’s craft. The organizers (which includes me, by way of full disclosure, as a member of the event’s advisory board) attempt to create an agenda that focuses partly on wine knowledge, partly on the craft of writing, and partly on the business of wine writing. With lots of eating and drinking thrown in.

Every year, the event includes one or more wine tasting sessions where attendees get a chance to look at a set of specific wines from a certain point of view. 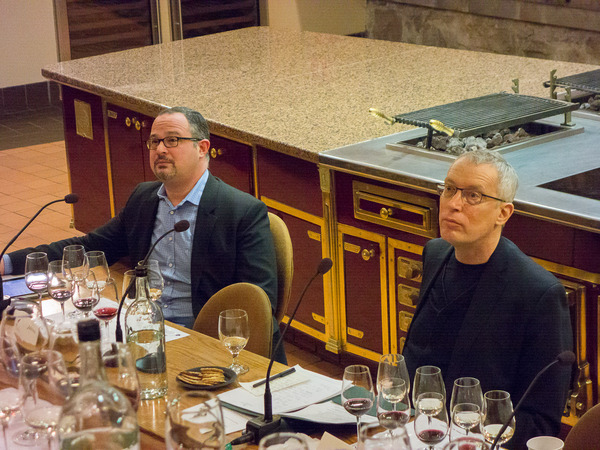 This year, Eric Asimov of the New York Times and Jon Bonné of the San Francisco Chronicle, presided over a tasting of wines under the banner of “Unexpected Napa Wines.” The lineup included a host of grape varieties that most people don’t associate with Napa Valley.

While I cannot speak for conversations that Jon and Eric had leading up to the session, I was privy to the conversations that gave birth to this particular tasting of wines, and based on those my understanding of the goals for this session were as follows:

1. Avoid having yet-another-Cabernet or Merlot tasting, which is what the last few years have seemed like.

2. Showcase grapes grown in the Napa Valley that might not be on most people’s radar.

3. Showcase styles of wine that highlight some of the diverse wines being made in Napa.

Who knew such an innocent premise would offer the opportunity to see some stark divisions in the wine writing world?

Before we get to the controversy, here are the wines and my thoughts about them.

2012 Chappellet Chenin Blanc, Napa Valley
Light gold in the glass, this wine smells of cooked quince, pears and a touch of honey. In the mouth, lemony pear flavors mix with a woody, wet stone underbelly. There’s a slight honeyed quality to the finish. Bright and juicy and fresh, thanks to excellent acidity. Score: between 8.5 and 9. Cost: $28. click to buy.

2012 Abrente Albariño Napa Valley
Light yellow-gold in the glass, this wine smells of citrus pith and wet stones. In the mouth lemon juice and lemon pith flavors have a juicy acidity and nice crispness. Lean and bright, with a sourish, mouthwatering finish. Very tasty, if a little less than typical for the variety. Score: between 8.5 and 9. Cost: $23. click to buy.

2011 Matthiasson White Blend, Napa Valley
Light gold in the glass, this wine smells of exotic citrus, chamomile, and hint of nuttiness. In the mouth, wonderfully bright pink grapefruit and apple flavors mix with a deep wet chalkboard minerality. Grapefruit pith and bee pollen linger in the finish. A blend of Ribolla Gialla, Tocai Friulano, Sauvignon Blanc, and Semillon. Quite delicious. Score: around 9.5. Cost: $35. click to buy.

2012 Heitz Cellars Grignolino, Napa Valley
Very light ruby in the glass, to the point of looking like a rosé, this wine smells of rose petals and lychee. In the mouth bright floral strawberry and nutty flavors have a cheery lift to them. Not particularly complicated, but quite pleasurable. Score: around 8.5. Cost: $18. click to buy.

2011 Lagier Meredith Syrah Mount Veeder, Napa Valley
Dark garnet in the glass, this wine smells of chocolate, nut skin, and cedar. In the mouth blackberry and crushed nut flavors mix with nutmeg and cedar flavors. Good acidity and lightly tacky tannins. Some heat creeps into the finish. Score: between 8.5 and 9.Cost: $48. click to buy.

2011 Turley Wine Cellars “Library Vineyard” Petite Sirah, Napa Valley
Inky purple in the glass, this wine smells of blackberry, blueberry, and licorice. In the mouth the wine has an earthy depth and richness with flavors of blackberry, wet stone, and crushed herbs. Not fully hanging together in a seamless whole, but nice dark flavors. Score: between 8.5 and 9. Cost: $60.

2010 Corison Cabernet Sauvignon, Napa Valley
Dark garnet in the glass, this wine smells of dried flowers, licorice, and nut skin. In the mouth, juicy black cherry, licorice, and a wonderfully floral character have fantastic acidity and length across the palate. Fine grained tannins and fabulous brightness. Score: between 9 and 9.5 . Cost: $75. click to buy.

All told, an interesting lineup of wines, and a good basis for a discussion about what grows in Napa besides Bordeaux Blends, Chardonnay, and Sauvignon Blanc. Not to mention an opportunity to celebrate the concept of diversity in general. At least two of the wines, the Chappellet and the Heitz, have been made by these two wineries for several decades, out of pure devotion and tradition. The idea of these vineyards being ripped out and planted to Cabernet Sauvignon (which would undoubtedly raise the value of that acreage by a factor of twenty) clearly doesn’t sit well with the producers, nor should it sit well with consumers who are interested in experiencing something of Napa’s viticultural history.

Was it a phenomenal tasting? That’s not a word I would have used. Interesting? Yes. I was particularly pleased to be introduced to the Abrente label, of which I had not heard. More specifically I think it was an important tasting, if only to add some nuances to the story of Napa Valley, in the same way that say, Aligoté adds some nuance to the story of Burgundy.

And then the taste wars began.

Critic Robert Parker penned an update on his bulletin board from his travels in Asia suggesting that his colleagues, Lisa Perotti-Brown and Jeb Dunnuck thought the wines were lousy, and that the tasting was a “disaster.” My friend David White shared his thoughts about this fairly extreme characterization of the session on his blog, Terroirist.

Perotti-Brown and Dunnuck chimed in confirming their low opinions of the wines, and then the conversations spread like wildfire from there.

A number of Parker subscribers wrote to suggest that they enjoyed those wines, and to point out the fact that Perotti-Brown and Dunnuck could be seen as casting aspersions at at least one wine that had scored 94 points and another that scored 97 points in the pages of the Advocate.

As often happens with such controversies, the discussion flared on the Wine Beserkers bulletin board, where it has extended to more than 200 back and forths.

It’s not my intention to wade into the fray of heated debate here, but merely to point out that clearly there’s something of a culture war going on in the American wine world. It’s a battle largely off the radar (and frankly of no real interest) to the average (or even the above average) wine drinker.

But even though it exists in the rarified air of the upper echelons of wine drinkers who pay attention to such things, that does not diminish its significance. I’ve already pushed the bounds of metaphor to call it a war, but something really is happening here.

Divergent voices are getting louder. Contrary opinions are getting stronger. Alternative viewpoints that carry some authority are now available.

And the product of all of these things seems to be friction — between the old and the new, between the established and the emergent, between the mainstream and the fringe.

Were I a tottering old geezer I might have the wisdom of age to inform an accurate description of where we stand, be it the threshold to a new era, or merely a ripple of discontent in a steady state.

I have no claim to wisdom, but I know change when I see it. It’s almost always accompanied by fear.